I apologise for not posting for a while but work has been getting in the way a bit recently! Weekend saw me at the obs and although it was quiet there were a few late migrants mainly in the form of 66 Swallows north, 4 House Martins north, 7 Redpolls north, 3 Goldfinches north and three grounded Wheatears.

There were a few passage waders on the beach including 22 Oystercatchers, 114 Sanderlings, three Ringed Plovers, 15 Knot, two Dunlins and four Turnstones. The sea was quiet other than eleven Sandwich Terns and an Auk sp! 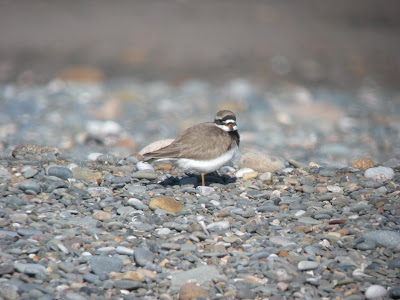 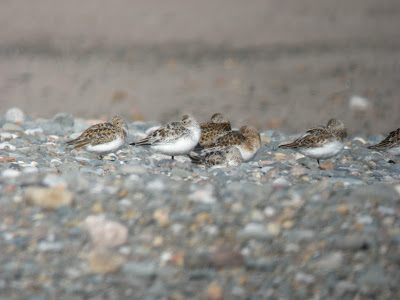 Bank holiday Monday saw Gail and I doing the round of next boxes. On the Moss we ringed two broods of Tree Sparrows and several other boxes that had young two small to ring last week had either fledged (flattened nest) or had been predated (nest empty, but intact and not flattened). 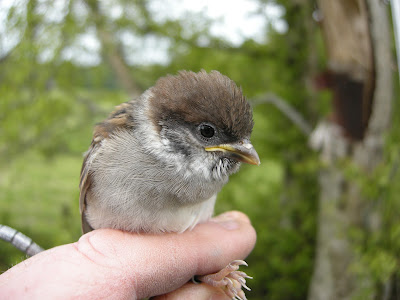 Over at the Hodder Valley we ringed a brood of six Great Tits and a brood of eight Nuthatches. We have ten pairs of Pied Flycatchers on eggs and we managed to lift a further five females off the nest, so we have now had seven out of the ten. Two of these were new, two contols and one of them was a recapture having been ringed at the site as a breeding female in 2009 and recaptued every year since. Her age at the time of ringing means that she is at least five years old now!

It will be back to the boxes again at weekend with the possibility of some ringing in the reedbeds Friday morning. I'll keep you posted.
Posted by The Hairy Birder at 17:57