From Reedbed To Garden

At the start of the week I had a ringing session in the reedbed and scrub at the Obs. It was an early start, and I was unlocking the first of the three gates to gain entry by 5:00 am. Now, that might sound early, but when I was a newly qualified bird ringer, some 36 years ago now, I would probably have been there by 4:00 am! So, I don't know whether I have got wiser as I have got older, or softer! My enthusiasm has never diminished though, and it was a pleasure to be out under virtual clear skies with a light south-easterly wind.

I had a very quiet ringing session however, and only ringed four birds as follows: 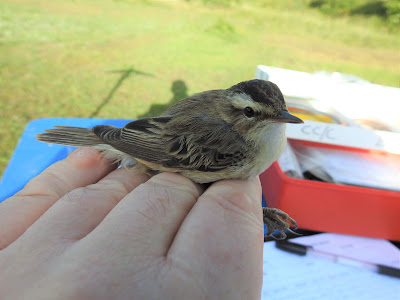 Where I park my car overlooks the scrape that we recently restored, and although there wasn't anything unusual on there, it was extremely busy with the likes of Tufted Ducks, Shoveler, Mallards, Little Grebes, Mute Swans, Coots, Moorhens and Greater Black-backed, Lesser Black-backed and Herring Gulls, that were constantly flying in and out to bathe. House Martins and Swifts also fed over the scrape on the bounty of aerial insects.

Over on the right you will see that I have updated the ringing totals for the year for Fylde Ringing Group. Due to lockdwon restrictions no birds were ringed in April, so it was late May before things started off again.

Below are the top four species ringed during May, and the top five 'movers and shakers' for the year so far.

Top 4 Species Ringed in May

Top 5 Movers and Shakers for the Year

Eight new species for the year were ringed during May and these were Pied Flycatcher, Reed Warbler, Blackcap, Sedge Warbler, Willow Warbler, Nuthatch, Sand Martin and House Sparrow.

I have been snapping away in my garden of late, anything from invertebrates, to plants to birds, and I have posted a few pictures below. For the identification of the fly Coenosia tigrina I had to enlist some help from a Facebook group I am on called The Society for the Study of British Flies - The Dipterists Forum; so many thanks for the guys on there. So, in no particular order... 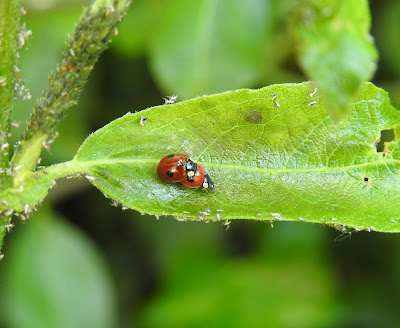 The Willows in our garden are covered in Aphids at the moment, so there
are a number of Ladybirds in attendance including these 2-spot Ladybirds. 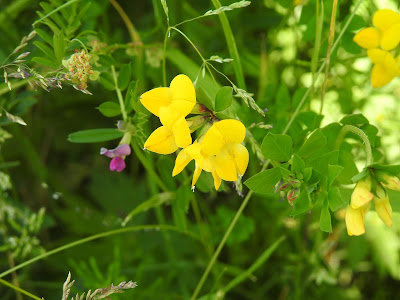 My mni-meadow is flowering nicely at the minute, with flowers such as
this Birds-foot Trefoil above, and the Common Flax below. 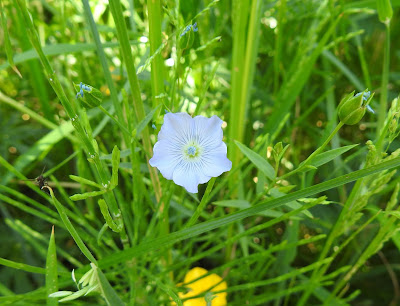 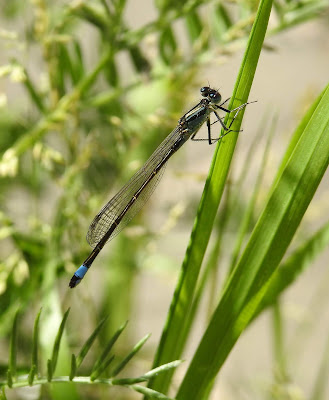 I spotted this Blue-tailed Damselfy resting up in our
mini-meadow. 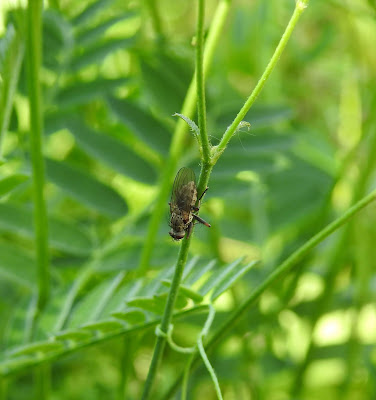 A couple of flies; Coenosia tigrina above, and the Greenbottle
Lucilia sericata below. 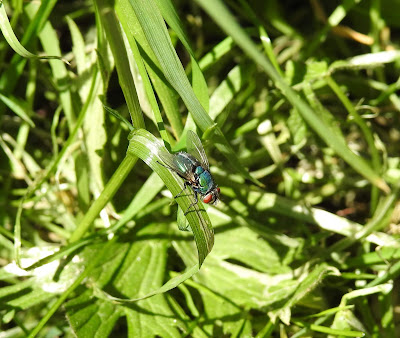 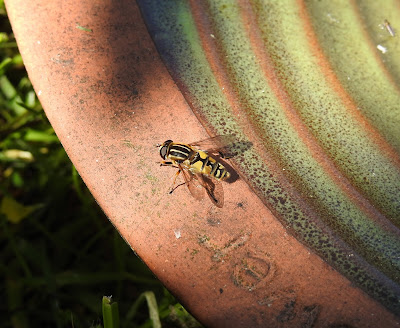 The Hoverfly Helophilus pendulus is frequent around the bird bath. 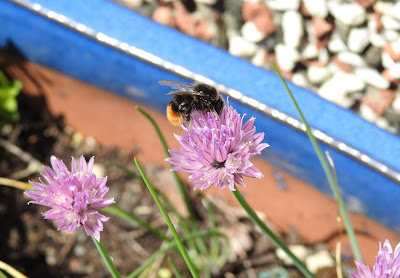 With the warm weather we had recently, a few bees were in the garden,
including this Red-tailed Bumblebee foraging on some Chives. 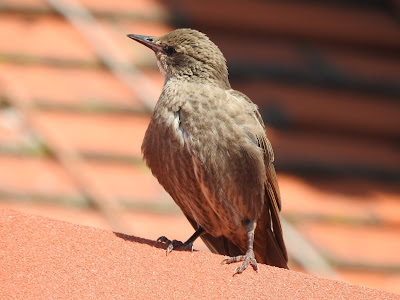 The young Starlings have been devouring the fat balls of late, and I love
watching their antics. 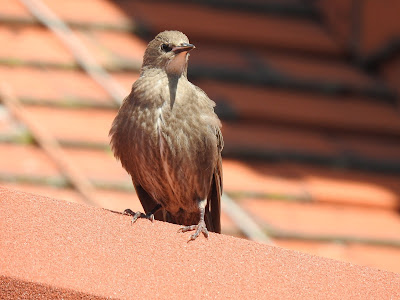