I made my first visit to the random 5 km by 5 km square allocated to me for the BTO 2014 Peregrine Survey this morning. Even though this was a random square I knew that Peregrines had nested in this square for at least thirteen years and I headed straight to the only area where they could be. I sat an waited for half an hour and there was no Peregrine action; a Grey Heron and three Goosanders flew over, but no Peregrines.

Then I heard a Raven calling and it flew past, looped round and landed close to where the Peregrines had nested in the past. Then a second bird got up, I'd obviously missed it, and they swapped over; obviously incubating eggs! Not a Peregrine but certainly my first proof of breeding Ravens in this area, so I was still pleased. And of course the reason why there wasn't any Peregrines!

I had a drive around the rest of my square even though I knew there wasn't any suitable nest sites anywhere else. Close to the coast I came across a field with 510 Pink-footed Geese feeding in it and with them were three Greylag Geese. I have no doubt that the Greylags were of dubious origin, but I had to admit they looked good amongst the Pinkies. 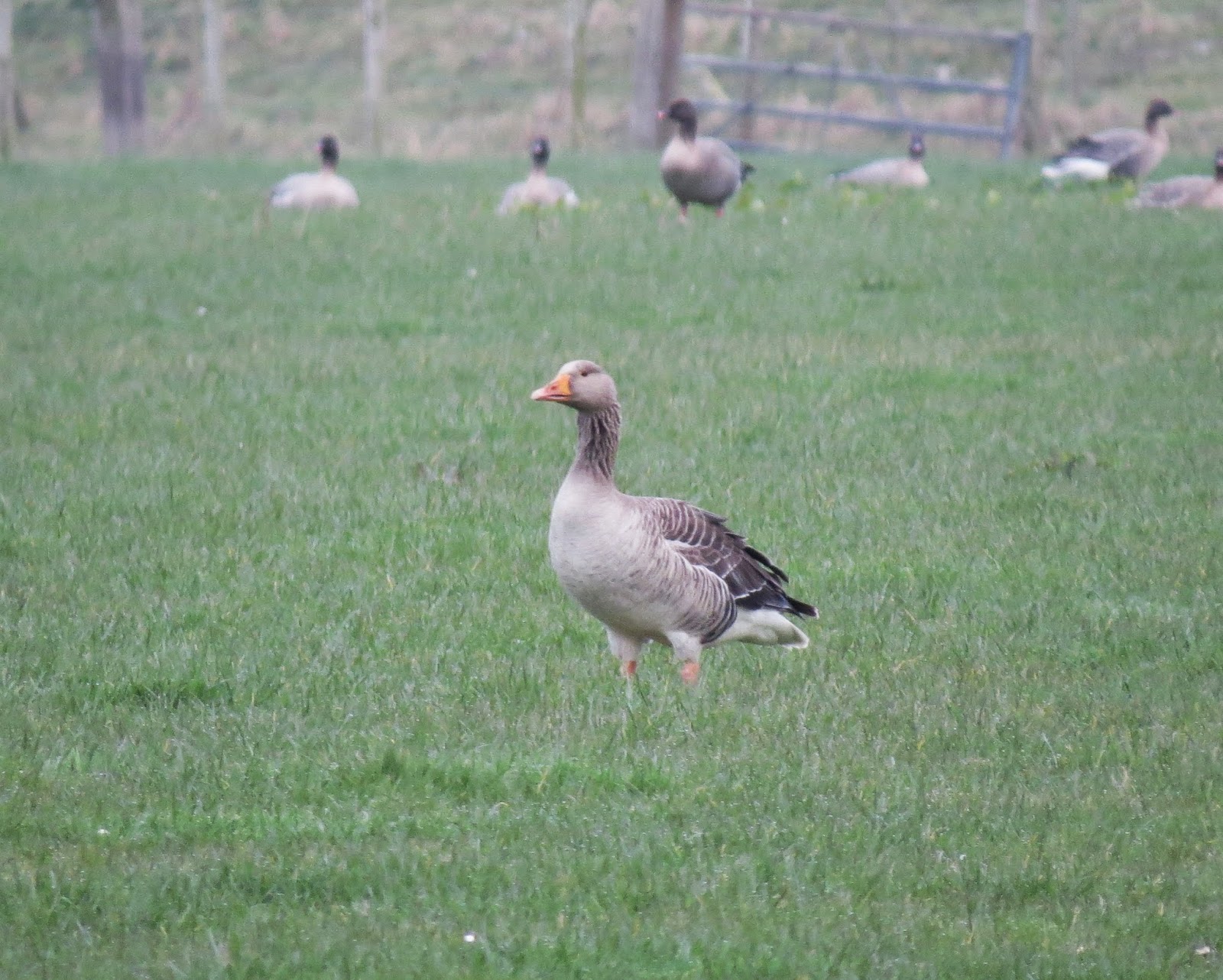 The three Greylags; one above and two below. 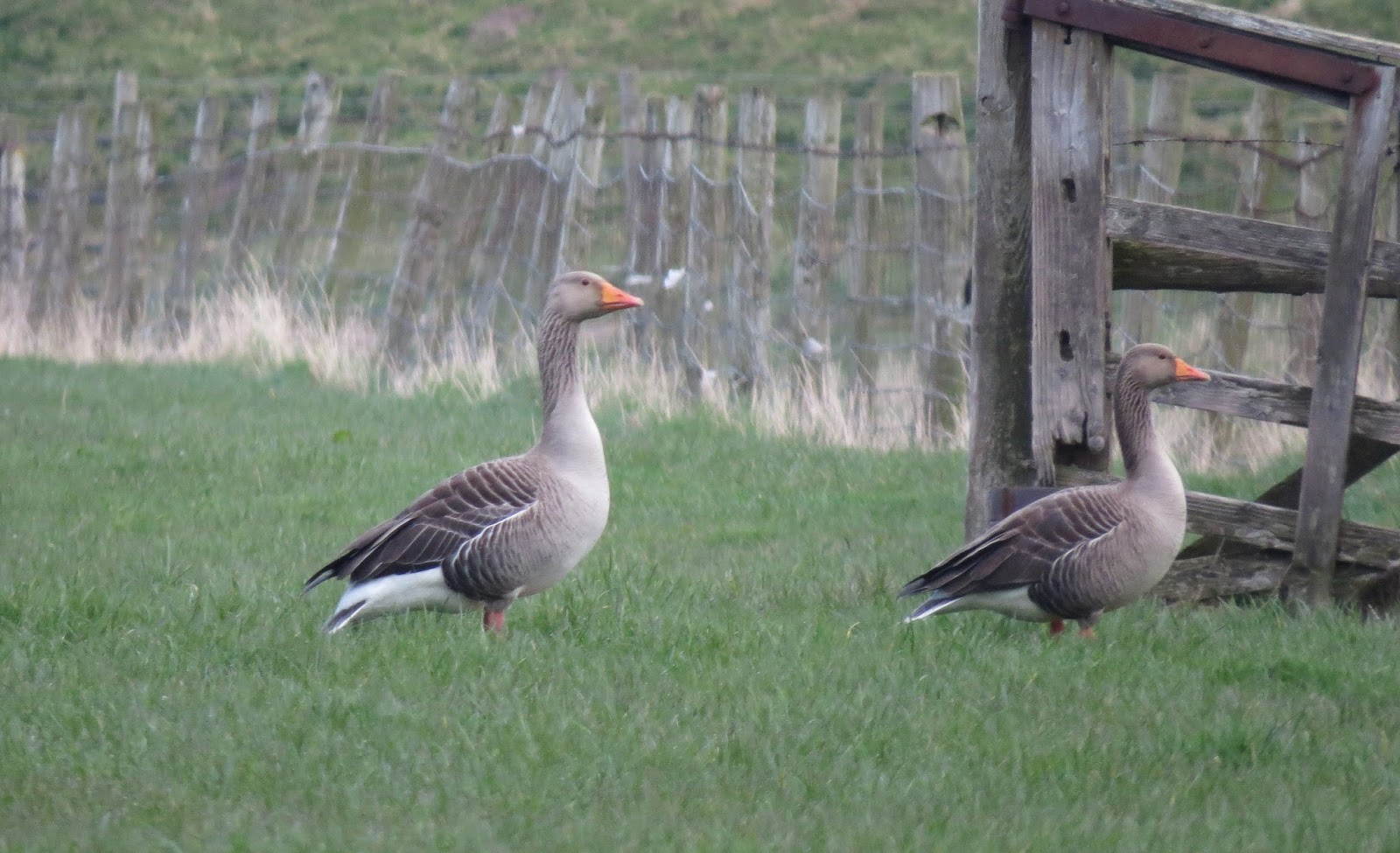 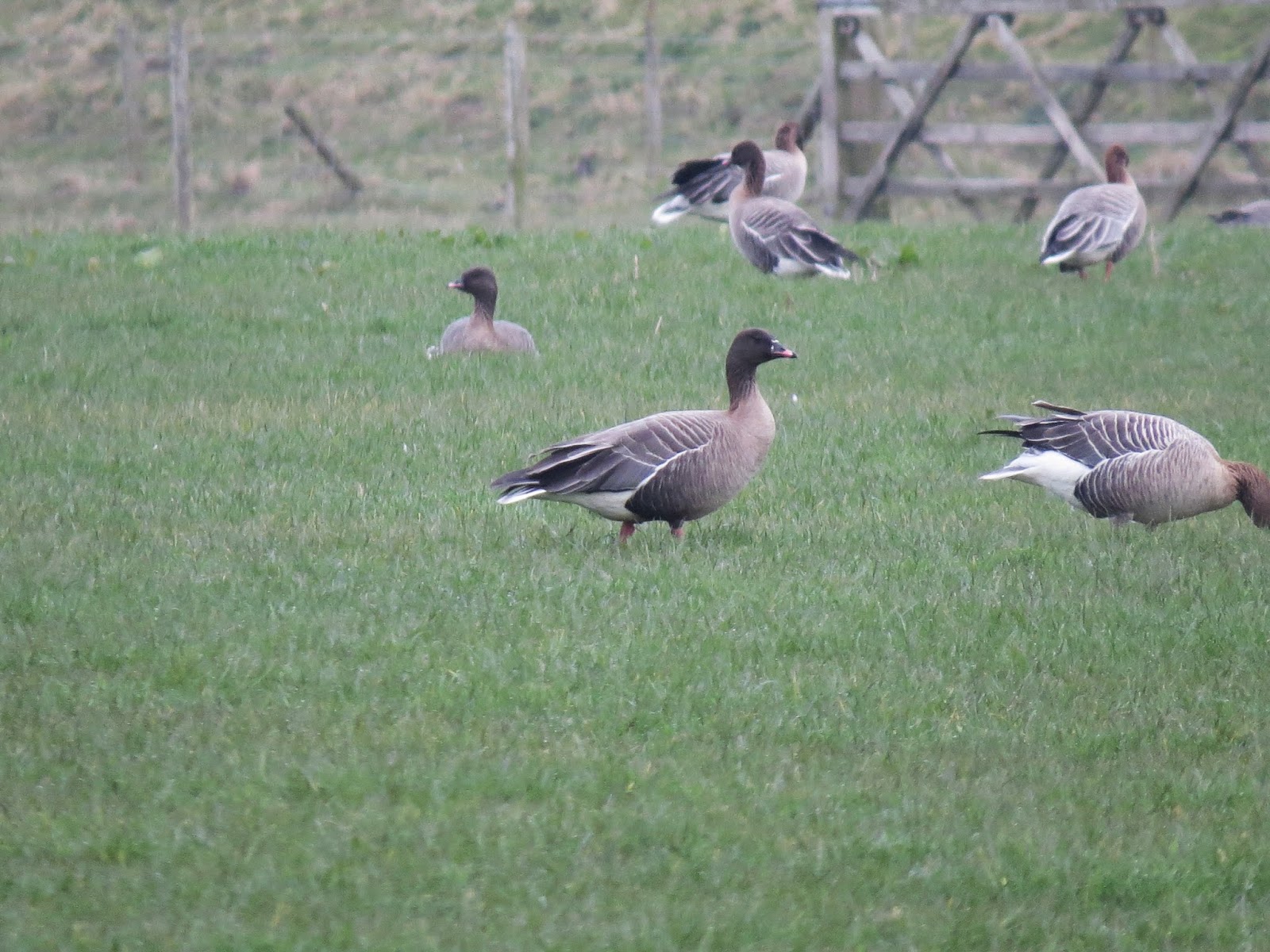 I then called on the Moss and was immediately greeted by a drumming Great Spotted Woodpecker and two Buzzards. A group of 28 Tree Sparrows were still close to my feeding station, even though I have stopped putting seed out now and am just letting the peanut feeders run down. A Green Sandpiper on a different flood and a flock of  146 skittish Curlews was nice; obviously migrants heading further east and north. 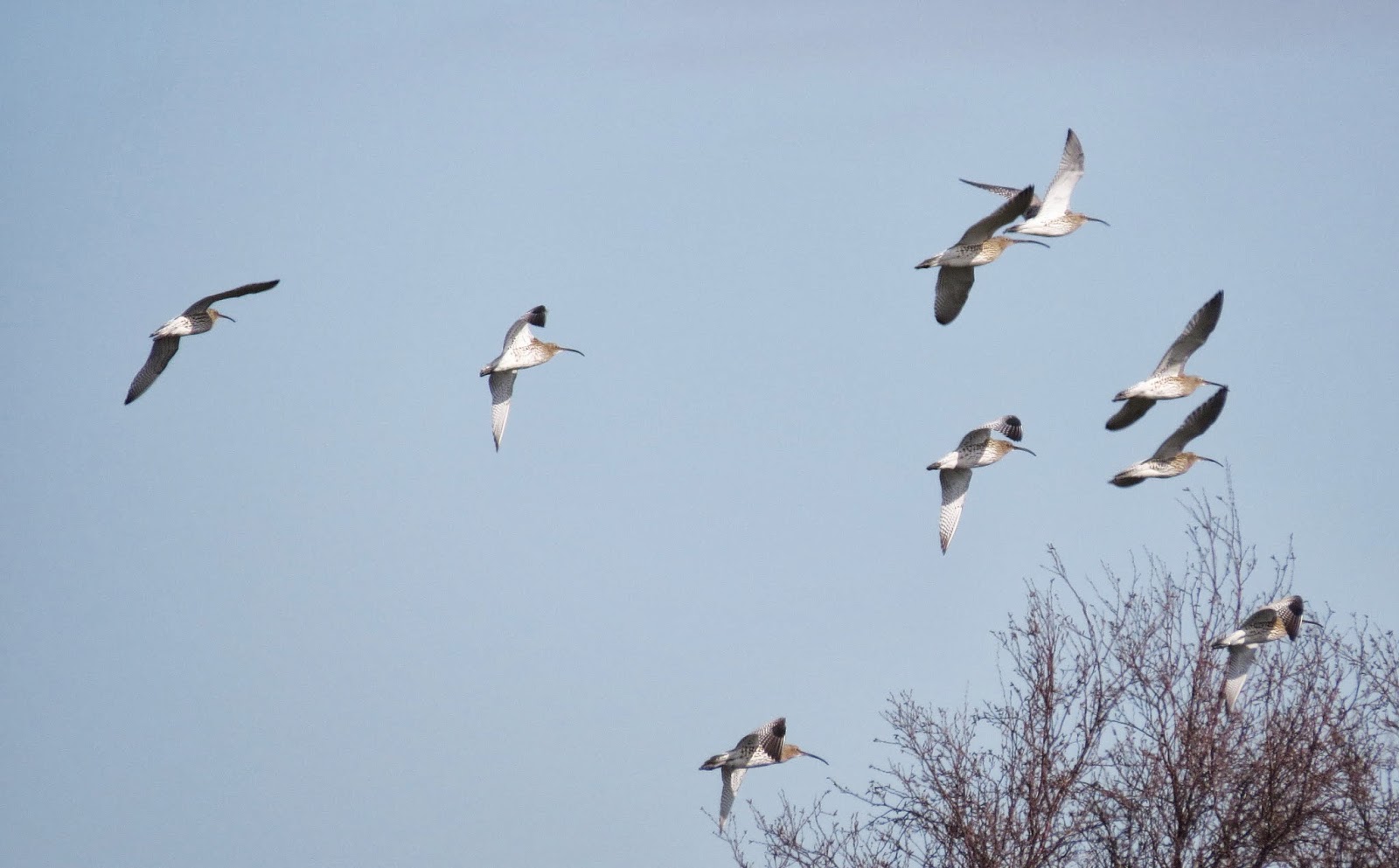 I had a look on the river on my way home but it was quiet. A Chiffchaff in my garden this afternoon perhaps indicated that there were a few migrants about. Talking of migrants I hope there's a few about in the morning as I'm going to try and grab a couple of hours birding before work.
Posted by The Hairy Birder at 21:01

Excellent that the ravens are breeding there :-) Maybe a few will make it down here one day :-)