At last the weather was kind enough yesterday to allow me the opportunity to do some ringing at the Obs in the reedbed and scrub. Six oktas cloud cover with a 5 - 10 mph southwesterly wind wasn't going to trouble the nets at all. Unfortunately it was clear overnight and it was very obvious at dawn that it had been a 'clear out' night! Nevertheless, I persevered and put just a couple of nets up.

I ringed eleven birds as follows: 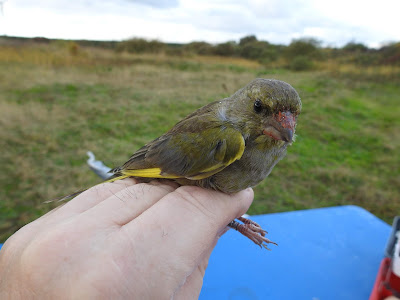 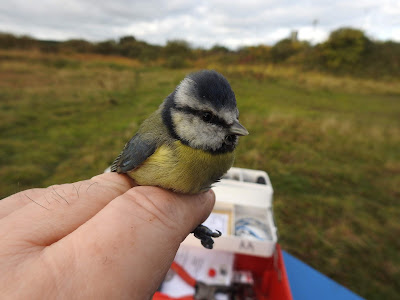 As you might expect the birding was quiet too. Three Cetti's Warblers calling away from various parts of the site with their explosive call never fails to make me smile, mainly because I still find it incredible that they are relatively common now! Two Ravens flew over giving that fantastic deep throated 'cronk' of a call. They're regular now at the Obs and I suspect they are nesting locally.

I had my first Water Rail of the autumn/winter as one called several times early on.There was very little vis, and Ian confirmed this too as he was getting little at the Point as well, and all I had was a handful of Chaffinches, Meadow Pipits and Greenfinches. Just 37 Pink-footed Geese arrived from the west and headed east, presumably to feeding areas over Wyre. 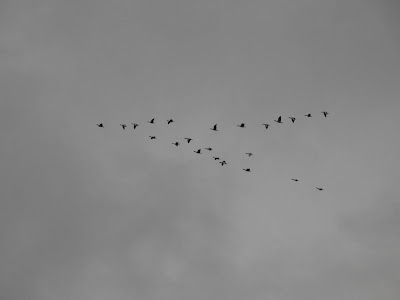 The only grounded migrant I had was a Song Thrush that 'dropped in', and that was it for a fairly unremarkable morning!

The weather is looking unsettled this week for the start of October, but hopefully this will change and we can start looking forward to some continental migrants.
Posted by The Hairy Birder at 20:33