I love islands, particularly Scottish ones, but I find that all islands have a magic quality to them, and none more so than the Farne Islands or Lindisfarne in Northumberland. And Northumberland is a beautiful county, so that adds to the magic.

One of my favourite nature writers is a Scottish writer called Jim Crumley, and I cannot recommend him highly enough. He has the grasp of language equal to, or if not greater than people like Robert Macfarlane, but the difference is that he is a Naturalist, an astute observer of wildlife. He can make the landscape talk like Robert Macfarlane, but unlike Robert Macfarlane he understands how the natural world ticks, how our native wildlife moves, how it feels. He has the eye of a seasoned observer of flora and fauna, with a poets gift of language, to pass on those observations to you and me, so that we feel that we are with him when he encounters a White-tailed Eagle in Argyll, or a flock of Long-tailed Tits bouncing along a hedgerow close to home in Stirling.

It was from Seton Gordon, via Jim Crumley, that I first heard the word 'Islandshire' in respect of the area of Northumberland encompassing Lindisfarne and the Farne Islands, from his 1937 book Afoot in Wild Places. This is what he said:

"South of Berwick-on-Tweed is Islandshire - that part of Northumbria in which lie Holy Island or Lindisfarne and the Farne Islands group. Islandshire is, even at the present day, a lonely district, and it is perhaps the only county of the east coast where is to be found what I may call the Hebridean atmosphere".

I can relate to that, as mentioned before, there is a magic to these two places, they feel almost ethereal, islands on the edge and yet full of life. Perhaps it is this abundance of life, with the seabird colonies of the Farnes, or perhaps the history of Holy Island that is so tangible, that makes them so special. Whatever it is, I have a soft spot for them, and they certainly got under the skin of a hardened Scottish nature writer like Jim Crumley who said "I turned up there one spring day as a teenager on a bike. Periodically, and at long intervals, I have been doing it ever since".

The above is really just an introduction to set the scene for the pictures below of the beautiful Farne Islands and Lindisfarne, and their wildlife. Oh, and don't forget to 'click the pick' to enlarge! 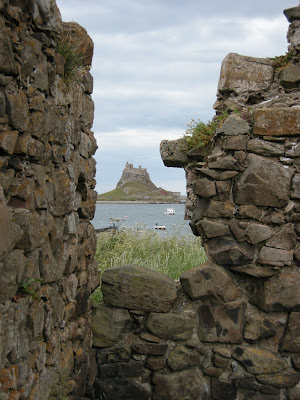 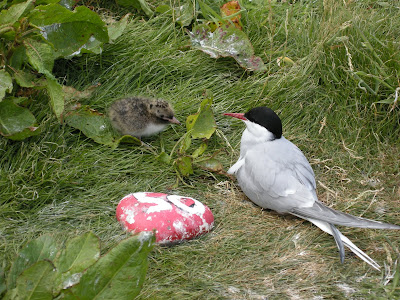 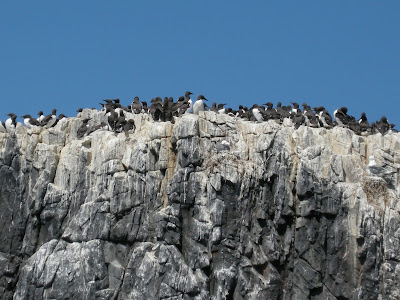 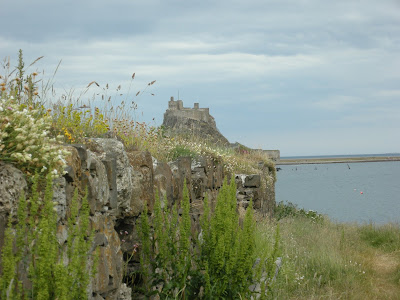 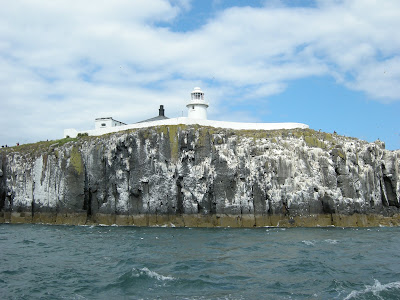 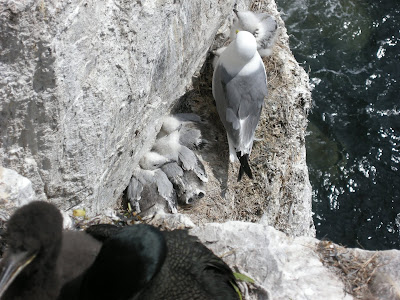 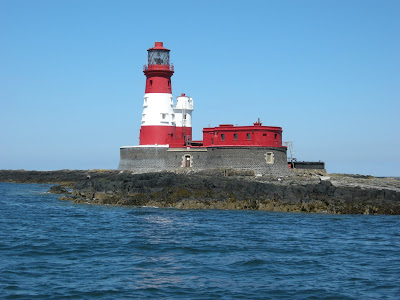 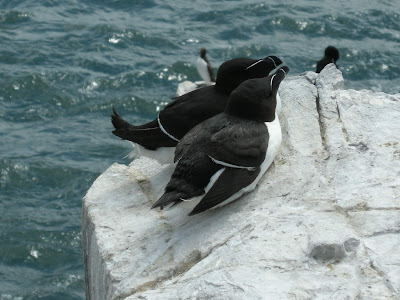 Razorbills
Posted by The Hairy Birder at 20:16

Thanks Seamus, I will investigate...