On Sunday (18th) Gail and I checked our boxes in the Hodder Valley and at a friends farm near Nateby. What seemed very obvious with our boxes in the Hodder Valley were the number that were empty and the low occupation rate by Tits. I will need to check this out properly and see if this is indeed the case. Out of 38 boxes occupation rates were as follows:

I lifted a female Pied Flycatcher off the nest in one box and she had a ring on beginning with the sequence L772 and is very likely to have come from some boxes in the Lune Valley, it will be interesting to note exactly where when the information comes through from the BTO. 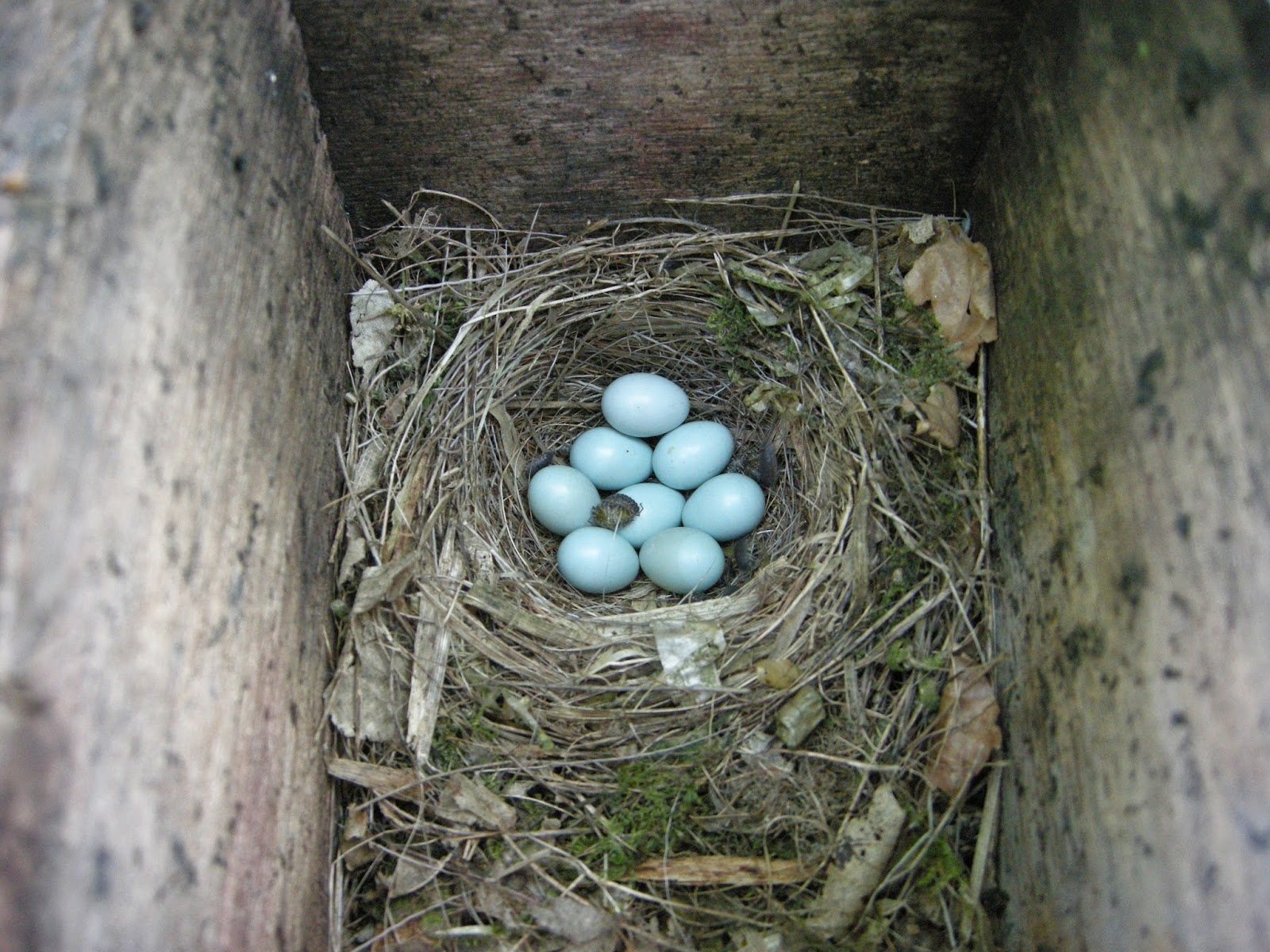 We managed to ring 13 pulli Great Tits, eight Nutchatches and 13 Blue Tits. All of these broods other than the Nutchatches were well developed and were very early broods for this site. 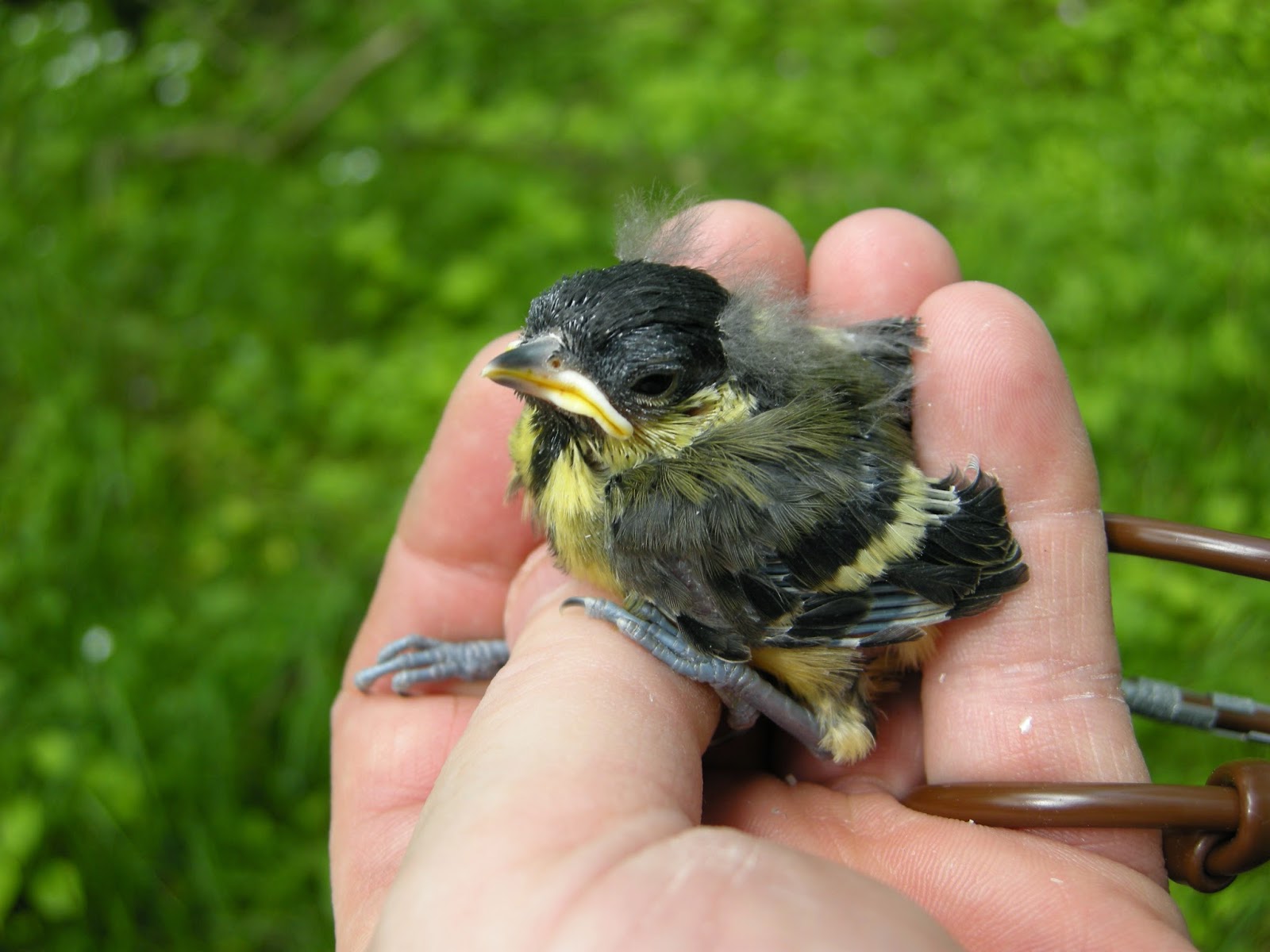 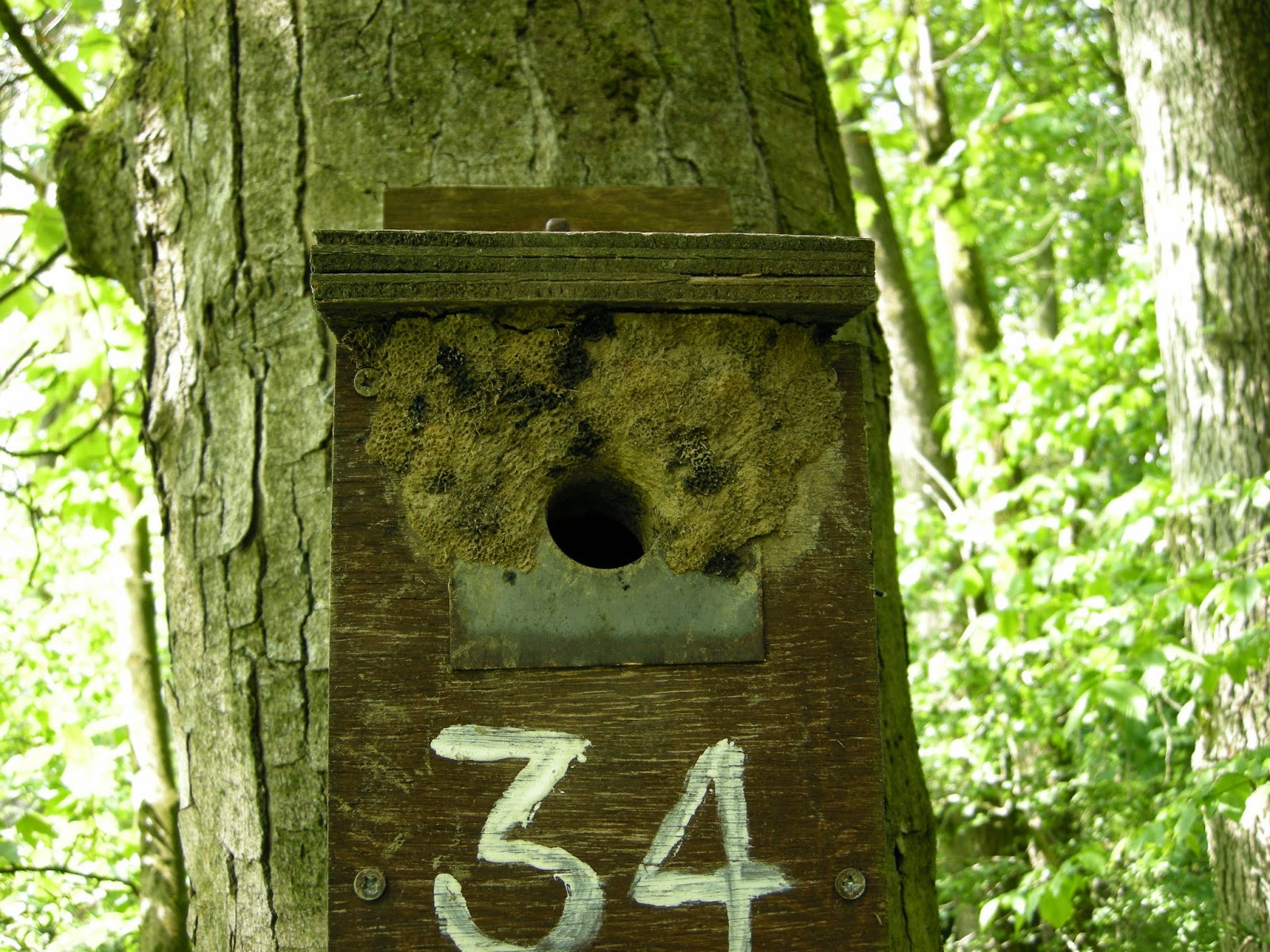 A box occupied by Nuthatch

We then headed to see our friends Robert and Diana at Nateby and had a successful afternoon there checking Robert and Diana's boxes. We found two broods of Stock Doves, one too young to ring and the other we couldn't reach in to the box far enough as they were right at the back of the box and our arms weren't long enough! We also found a box occupied by Kestrels with five eggs in. We ringed a brood of seven Great Tits and six Blue Tits, but missed the Tree Sparrows because they had already fledged. In fact in some boxes the nests had been re-constructed (they get quite flattened by the time the chicks fledge) and a second clutch will be laid in them soon.

The only less positive news was that the Barn Owls aren't using the box this year and I'm not sure why. A bit of research in Bunn, Warburton and Wilson's 'The Barn Owl' is required to perhaps look at what might of happened, but I imagine it is very likely that one or both of the adults have been killed.

It's more pond surveys for me this week before more box checking over the bank holiday weekend!
Posted by The Hairy Birder at 11:31

A promising spring ahead then ? Certainly an early one for breeding.

Fingers crossed Warren and as you say definitely an early one for breeding.