I'm 'nearly there' in terms of finishing off monitoring my boxes for this year and also I just have one more Great Crested Newt survey to complete and then I'll be able to get back out birding again with some regularity, just in time for it to get really quiet! Mind you it will soon be autumn and I always think that in the birding world there isn't really a summer; it's spring from early March until mid-June, autumn from mid-June until mid-November and winter from mid-November until the end of Feb! 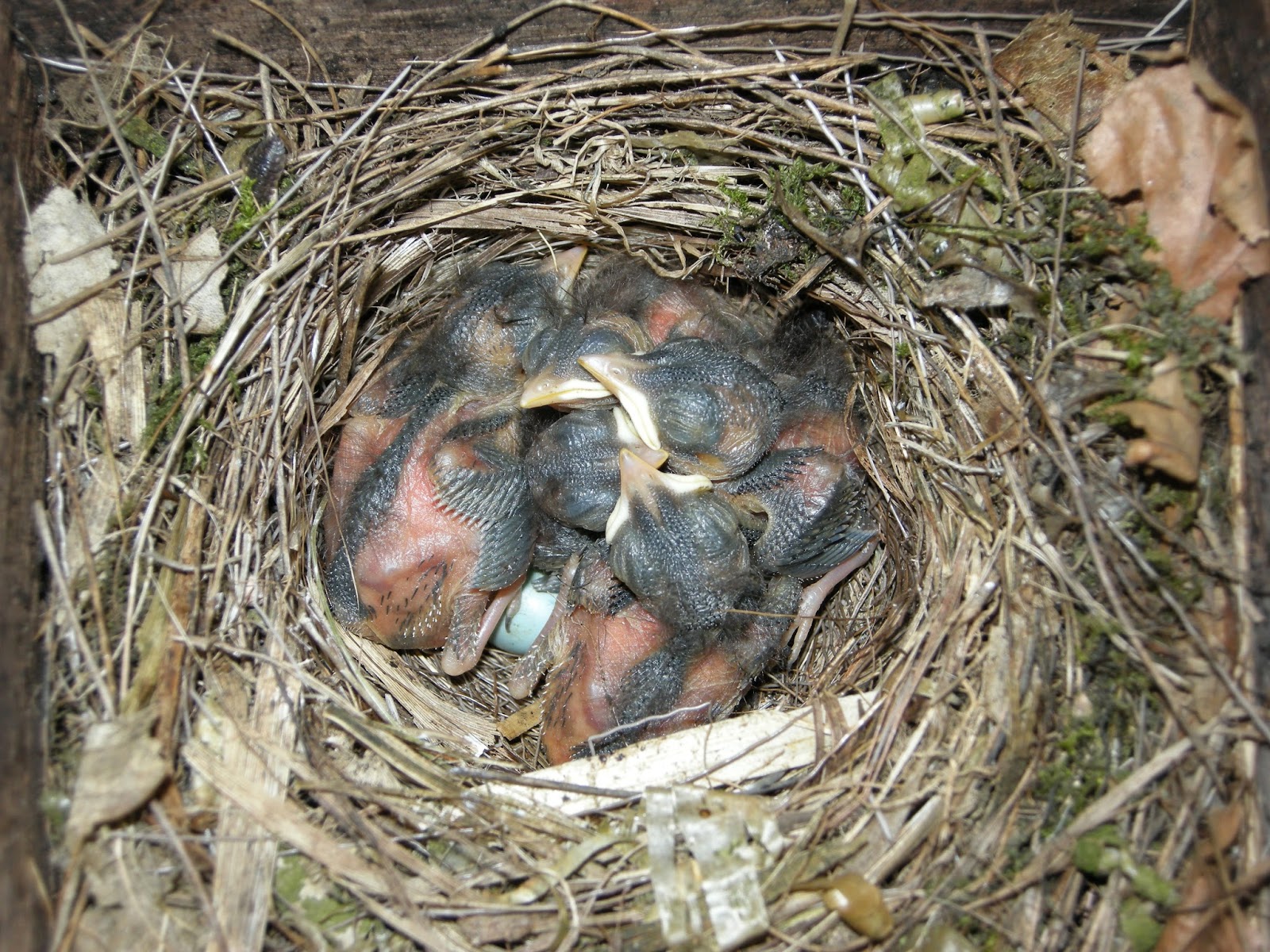 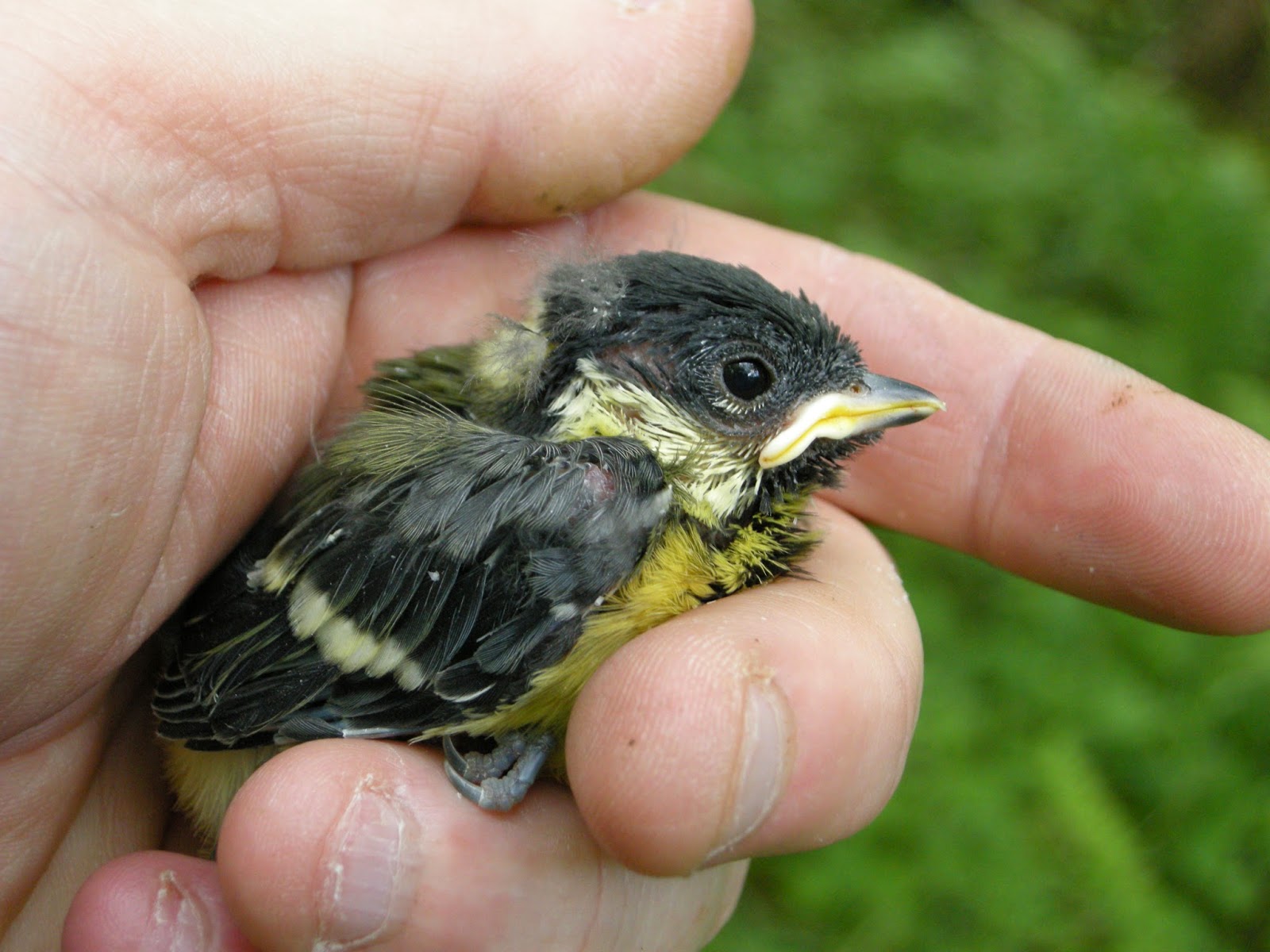 On the way back home we called at Robert and Diana's at Nateby. We had a brood of two Stock Doves to ring as they were too small just over a week ago. As you will see from the picture below they are quite prehistoric looking and as Diana commented 'ugly cute'! 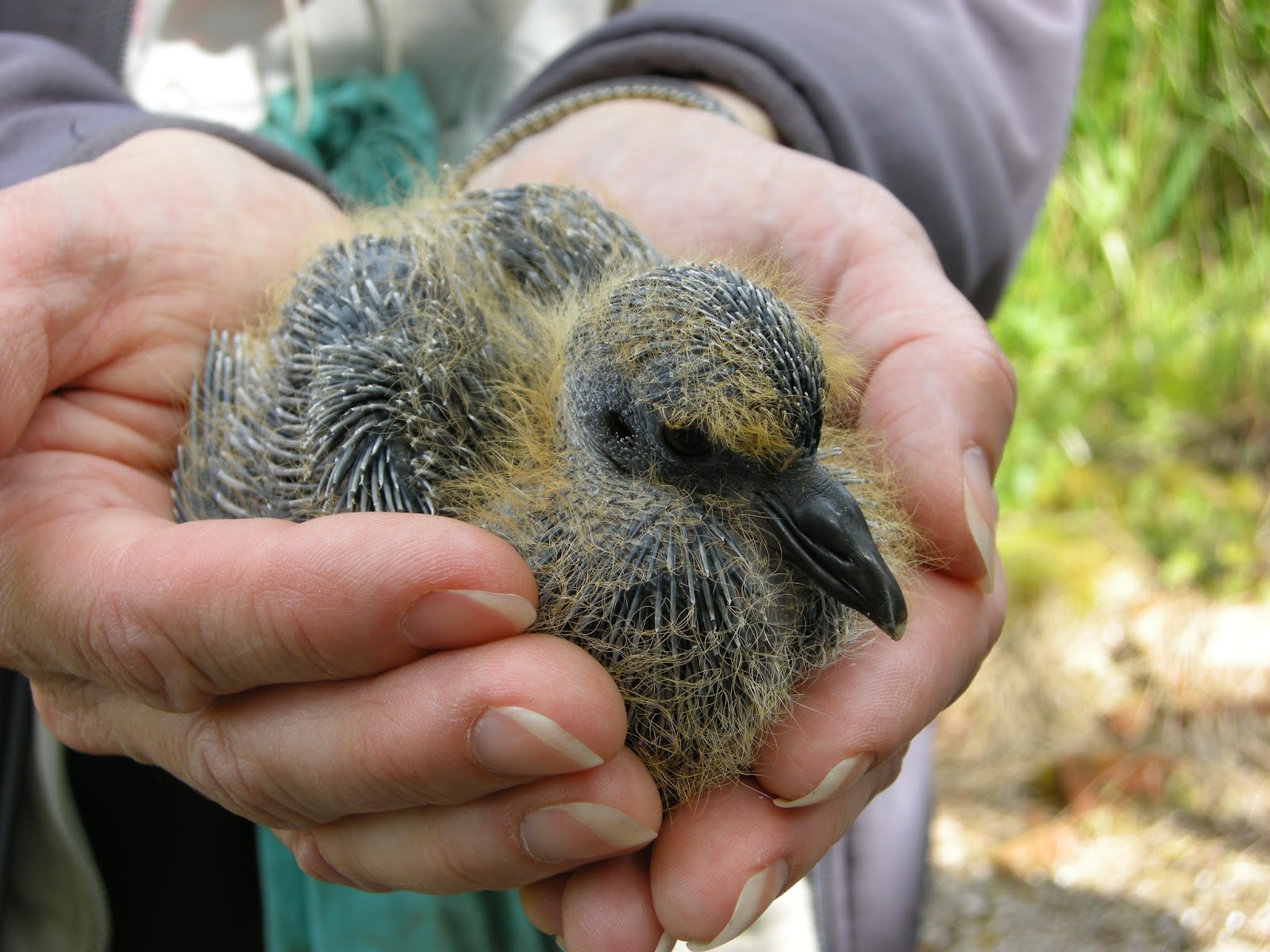 Gail holding a young Stock Dove
Posted by The Hairy Birder at 10:29