...and it was a quiet one! At first light the wind was southwesterly and force 8, so I headed to the tower to do a sea watch. 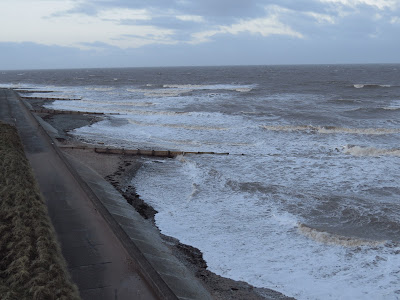 The sea this morning

As I walked up to the tower some waders were roosting on the shingle ridge including 153 Oystercatchers, 15 Turnstones, 140 Sanderlings and 20 Ringed Plovers. Later I had a look on the marine lakes at high tide and 139 Turnstones and a Purple Sandpiper roosted on the island. 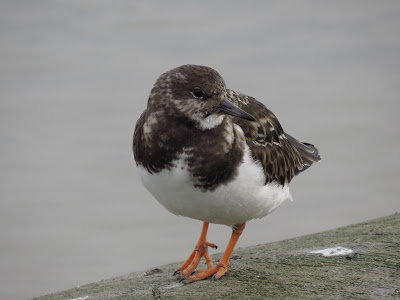 And that was it. As I said before a quiet one. I'll be back out in the morning for my first birding session of 2018, unless I have one real ale too many this evening!


I pulled a notebook off my shelf and on this day in 2006 I was out on Rawcliffe Moss feeding my farmland birds. I had some good counts including 33 Corn Buntings, 150 Tree Sparrows, 50 Chaffinches, two Yellowhammers, seven Linnets, 35 Skylarks and two Grey Partridges. In addition to this were 500 Pink-footed Geese, 60 Fieldfares, 14 Blackbirds and a Song Thrush. Sadly this particular feeding station is a thing of the past! 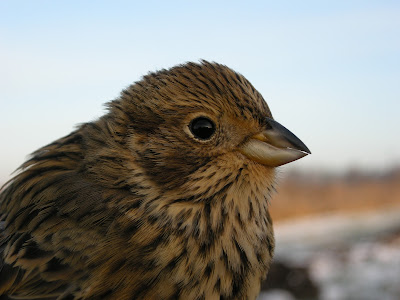 Corn Bunting
Posted by The Hairy Birder at 15:51