As I write, it is blowing a southerly gale outside, and it is forecast to start raining soon and carry on for most of the night and tomorrow! Earlier in the week in sunnier and warmer times I had two site visits to undertake; one in southwest Lancs and the other in Cheshire. Without a doubt, both of them well and truly landlocked!

My southwest Lancs site visit was on Tuesday and it was a gloriously sunny morning as I wandered around some intensive agricultural fields. I wasn't completing a bird survey, but I was outdoors and that was all that mattered. Skylarks were a feature of the morning and these 'blithe Spirits' would make another appearance later in the week. I had eighteen head south during my short walk, and three Tree Sparrows calling noisily as they went by were good to see.

It seemed odd in these beautifully warm conditions to have twenty Whooper Swans go over, my first for the Autumn, and I never tire of their bugling calls. Stonking!

Fast forward to Wednesday and I was in Cheshire doing a wintering bird survey and the weather was glorious; clear skies and a light-moderate southeasterly wind. The main feature of the morning was the vis, and there was quite a bit, particularly Woodpigeons, even though again I was landlocked. 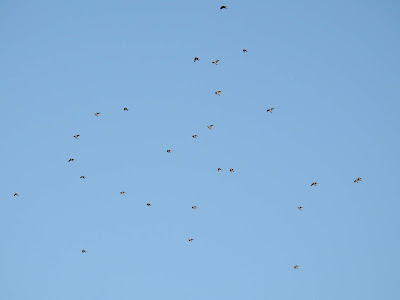 Migrating Woodpigeons (above & below) 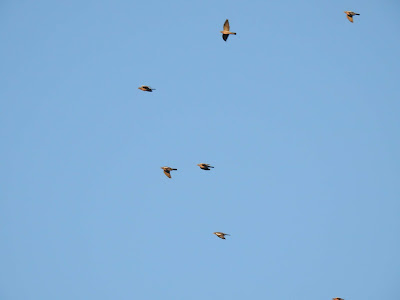 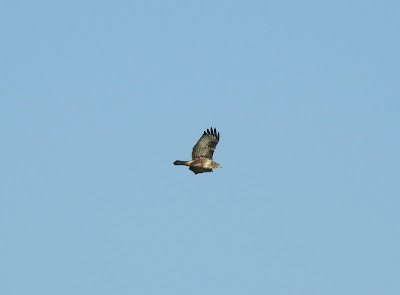 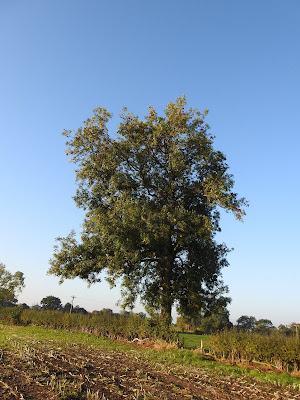 Ash Trees are a feature of the landscape in this area and
I love a good Ash Tree!

For the past week or so a/the/our Hedgehog has been still visiting our garden. It comes shortly after dark and again just before first light in the morning. It's so mild of late that I guess that he/she will be visiting for a while yet.

As I mentioned before the forecast is grim for the rest of the day and tomorrow, but I am hoping that I will be able to get out on Sunday. Fingers crossed as it is Autumn!
Posted by The Hairy Birder at 14:26