I do apologise dear readers as there will be a sense of deja vu regarding this post! I've only been out twice since my last post and it was to the same two sites again; deepest darkest Cheshire and glorious northwest Cumbria.

It dawned clear and frosty in Cheshire with a light easterly wind. I had an experience that I have never had before when out birding and that was moisture forming in my beard because of the cold conditions (I've experienced that bit before), and then it was dripping onto the eye-pieces of my bins! Very annoying!

There wasn't much to report really other than seven Fieldfares, a Jay, four Buzzards, a Brambling, two Stock Doves, six Linnets, ten Skylarks, four Redwings and seven Lapwings. I was surprised I had that much in the ryegrass desert, with butchered hedgerows, habitat that I was in!

Fast forward to glorious Cumbria and it was a morning where Stonechats would feature strongly. It was another beautiful morning and walking down towards my cliff-top vantage point I came across a male and two female Stonechats. The male showed really well in the November sunshine and proceeded to have a good old preen in front of me, and I took the following snaps. 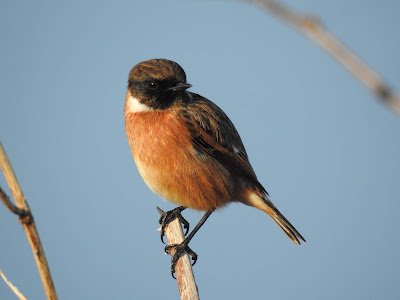 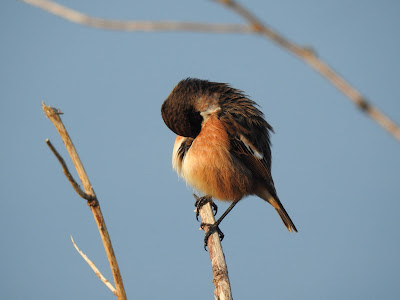 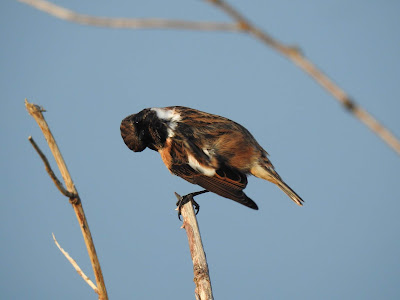 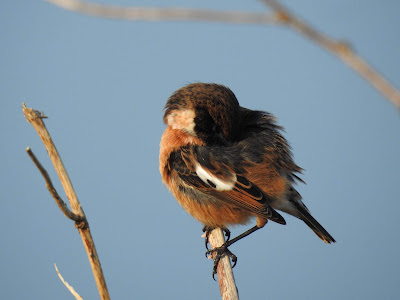 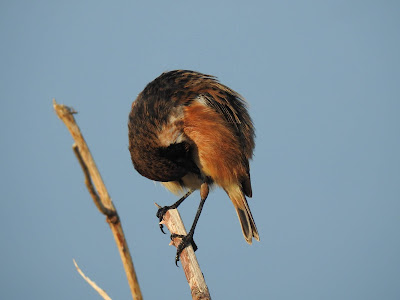 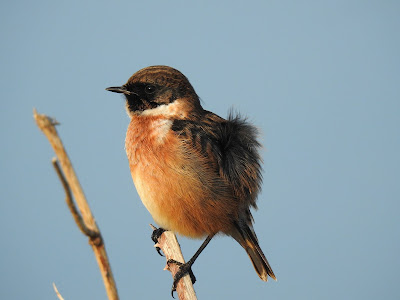 Interestingly, on my way home I stopped in a parking area to have my lunch, in view of the coast, and there in front of me working their way along a wire fence fly-catching was a pair of Stonechats, and the female is pictured below. Is this part of Cumbria the Stonechat capital of the UK? 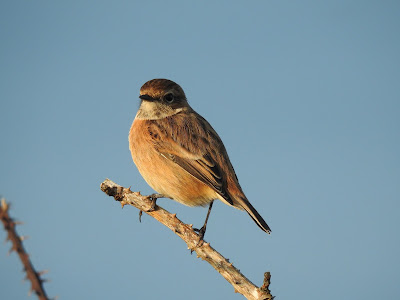 Going back to my survey there are two elements to it, a land-based bit and a coastal bit. The land based bit didn't turn up much other than three Siskins, 17 Meadow Pipits, the aforementioned Stonechats and a Buzzard.

Looking from my coastal watch point I had a male Peregrine fly south and I wish I had it seen it coming sooner as it looked fantastic in the crisp light. Where was my camera I hear you ask, and the answer was in it's case on the floor next to my rucksack!

I'd not long sent a text to Gail saying "no Harbour Porpoise so far, or indeed any other marine mammals", when two Harbour Porpoises appeared slowly moving and feeding offshore! I got cracking scope views with my new x 25-60 wide angle zoom lens, as they did their rolling breach in full glorious sunshine! Maybe I should have sent Gail a text saying "no Orca's so far"!

I'm used to seawatching off the Fylde coast of Lancashire where any views of Common Scoters are miles away, even though they might be in good numbers. So it was refreshing being at a site where I could look down on them relatively close and watch them diving and feeding! The best of the rest from the coast was two Shags, two Red-throated Divers, a Guillemot and three Auk sp.

Driving back home I noticed that the first snow of the winter was on the tops of some of the lakeland fells such as Skiddaw, and very seasonal it looked too!
Posted by The Hairy Birder at 21:42