Gail and I are just back from a week in Northeast Scotland. We stayed in a cottage close to the village of Aberchirder (pronounced Aberhirder) in Aberdeenshire. Everywhere we went when we were chatting to people, and they asked where we were staying, we would say "near Aberchirder", and they would say "oh near Foggieloan or Foggie"!

I decided that when I got back I would look up what Foggieloan means. A quick search on Google and I found www.foggieloan.co.uk On this excellent website I came across the following:

"When Alexander Gordon, the laird of Auchintoul, decided in 1764 to found a planned village he selected a spot at the south end of Auchintoul Moss. Here there was a fermtoun called Foggieloan (from two Gaelic words foidh (peat moss) and lòn (meadow), so Foggieloan means peaty or boggy meadow, so he gave his village the same name.

In 1799 the estate was bought by John Morison of Bognie, who renamed it Aberchirder after the Thanes of Aberkerdour who lived at Kinnairdy Castle overlooking the River Deveron in earlier times. However, the popular name of Foggieloan – often shortened to Foggie – has survived for over two centuries, and has been incorporated in the motto of the coat of arms".

So there you go, that's why it's still known as 'Foggieloan'!

The Moray area is known as malt whisky country, and driving around in a week over a relatively small area we passed no less than nineteen distilleries; Tullibardine, Glen Dronach, Glen Livet, Glenfiddich, Tormore, Cragganmore, Ballindalloh,Cardhu, Aberlour, Glen Grant, Speyside, Glentauchers, Chivas, Strathisla (visited this one and purchased a bottle of single malt!), Macduff, Glen Moray, Dallas Dhu, Benromach and Glendullan! We need to go back and sample more!

Our cottage was situated mainly within an arable area, with some permanent grassland, heather moorland, Gorse scrub and wet woodland. Typical of northeast Scotland. A short walk along the lane on our first evening produced a singing Sedge Warbler, a juv. Dipper along the burn, ten Sand Martins, four Yellowhammers and twelve Lesser Redpolls.

Sunday's are always a fuuny day on holiday so we had a mooch along the coast calling in at various fishing villages/town such as Banff and Portsoy. At Banff three Goosanders flew past the harbour, whilst ten Eiders were on the sea and two juvenile Rock Pipits on the shore. 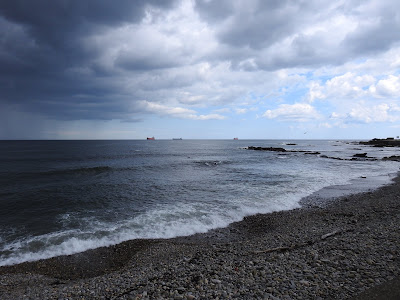 Some views from Banff (above &below) 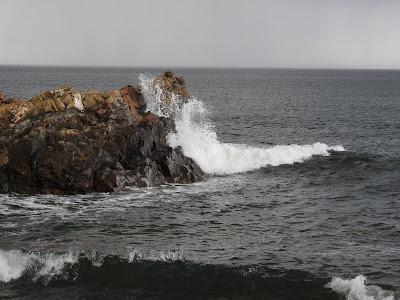 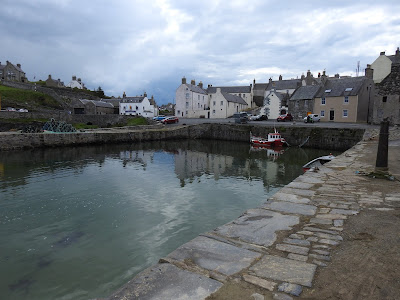 There was a very healthy Sparrow population at the cottage and I had brought some seed with me, so I put some out every morning in the garden. The owners of the cottage lived in a cottage adjacent to ours and they maintained a well stocked bird table, so I knew that when we went home and stopped feeding they would be in good hands. The sparrow flock peaked at 28 House Sparrows and four Tree Sparrows, and the numbers were similar to this all week.

Most evenings at the cottage we had several bats flying around the garden and a couple of Tawny Owls calling from some nearby woodland.

We had an afternoon in part of Abernethy NNNR, Dell Wood in fact, near Nethy Bridge. We did about a five mile walk through the forest, but it was very quiet as woodlands are at this time of year. It was just fantastic being in Caledonian Forest with it's open Scot's Pine dominated structure and dwarf shrub field layer. We did have a few birds (but none of the Abernethy specialists) including six Goldcrests, a Garden Warbler, eight Coal Tits, a Chiffchaff, eight Willow Warblers, six Siskins, a Lesser Redpoll, three Treecreepers, a Jay, a Great Spotted Woodpecker and a female Bullfinch. 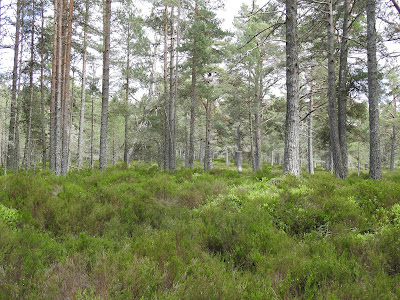 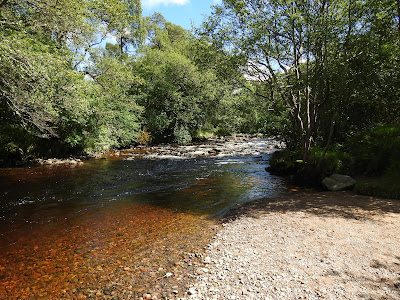 Below are just a few snaps taken during our week in northeast Scotland. Gail has a great passion for history so we usually spend most of our time looking round historic sites, as the pictures below testify! 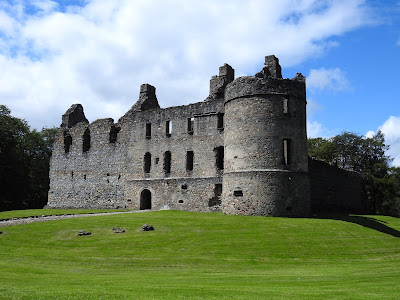 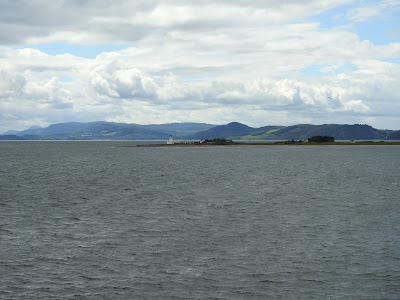 Chanonry Point in the Moray Firth 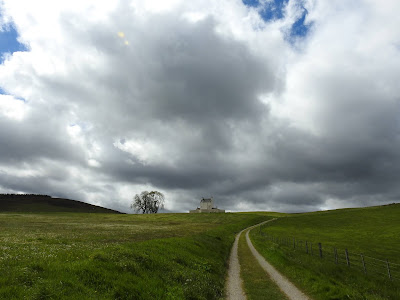 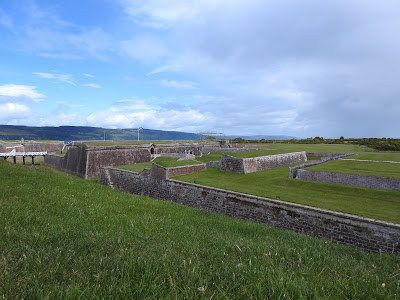 Fort George (above & below) 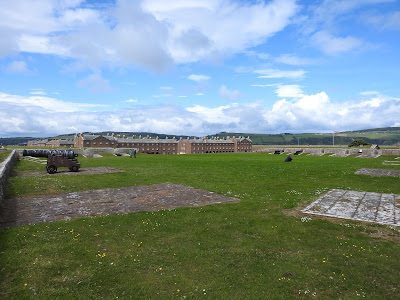 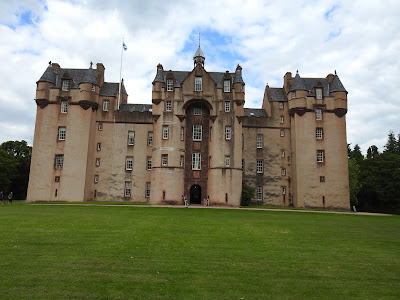 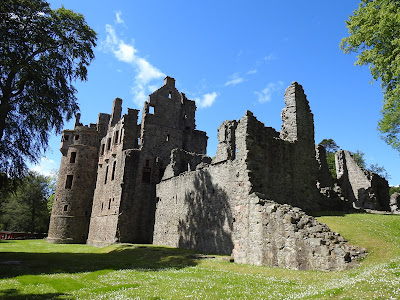 Huntly Castle
Posted by The Hairy Birder at 15:14