I know that my Blog title isn't good English, but Alice's words from Lewis Carroll's Alice's Adventures in Wonderland and Through the Looking Glass popped into my head when I had a Moorhen and a Shag in the same view through my bins on a dilapidated old wooden jetty in the middle of a river! How often can you say that you have had a Shag and a Moorhen in the same view? More on that later.

At weekend I was back in the northeast doing another of my wintering bird surveys on the Tweed estuary. I thought I wasn't going to get the survey in, because at first light it was foggy, but thankfully this soon lifted to reveal an overcast day with a light southwesterly wind.

It was a morning of quality, well for me anyway, rather than quantity and first up was a Red-throated Diver. It drifted past me on the incoming tide and it was nice to get good views of this cracking little diver, compared to the usual views I get when seawatching at the Obs!

One of the highlights, perhaps one of four highlights of the morning, were two Black-throated Divers in the estuary; a first calendar year bird and an adult. Unfortunately they were always at the opposite end of where I was in terms of my vantage points. I picked the first calendar year bird quite a way upstream from me, and then when I shifted to my second vantage point (VP), the 'Black-throat' was then a long way downstream of me. Frustrating!

The adult appeared just beyond the jetty with the Moorhen and the Shag and then disappeared! I didn't see it again all morning, so sadly no photographs.

The second highlight of the morning came in the form of a cracking Otter. I picked it up as it swam underneath an old pier, and I had brief but pleasing views, and I thought that would be it. However, when I had finished at my first VP and was heading to my second, I saw what looked like a disembodied head swimming along in the river. Scope back down, bins to eyes, and sure enough it was 'the' or another Otter. It slowly made it's way downstream, passing me at a distance, and it was continually diving, and at one stage it surfaced with what I think was a fish. It then carried on until out of sight, and I headed off to my other VP one happy bird surveyor!

I've posted below a series of shots of the Otter as it made its way past me. Unfortunately it was overcast with poor light, so the photos aren't brilliant, but it gives you a flavour of my 'Otterly' fantastic experience! 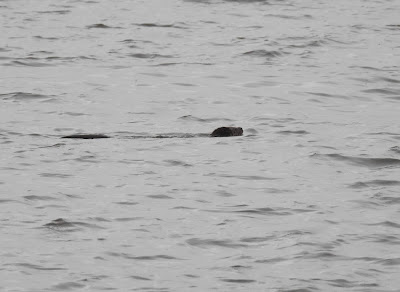 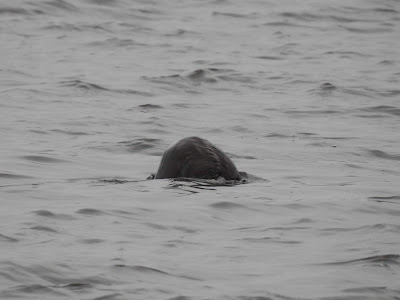 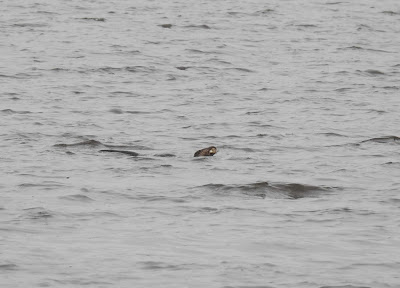 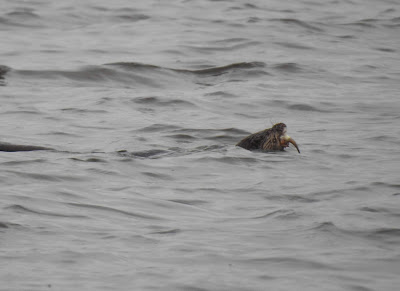 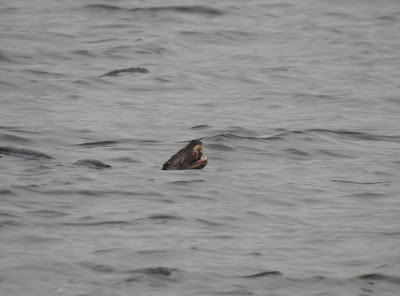 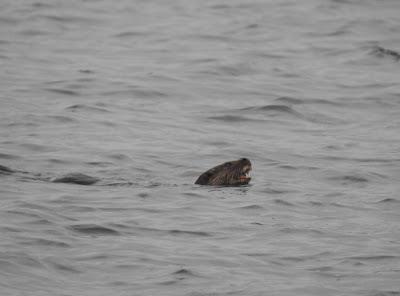 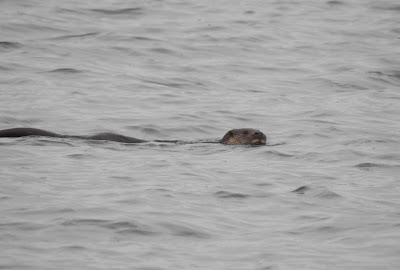 The third highlight of the morning involved the Moorhen and the Shag that I mentioned at the beginning of my post. Opposite where my second VP is located, stands a dilapidated wooden jetty/pier in the middle of the river. Out of the corner of my eye I caught the movement of a bird flying, and I swung round with my bins to see an awkwardly flying bird with short narrow wings, trailing its legs, that then pulled up and landed on the jetty. For a split second I couldn't compute what it was, and then I realised it was a Moorhen! What an earth was a Moorhen doing on an old jetty in the middle of a river?! It worked it's way along the jetty, looking for food, and when it go to the end of the jetty it stood next to a Shag that was on the jetty. So in one view through my bins, I had a Moorhen and a Shag together, two species that I doubt I will see together like that again. I raised my camera to take a photograph and the Moorhen dropped down to some of the structure underneath. It then worked it's way back to the end that it first landed on, flew back on top of the jetty and repeated the process! After several minutes it flew back to the shore.

Below are a few pictures of the Moorhen on the old jetty. 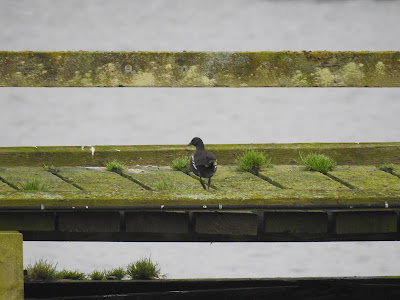 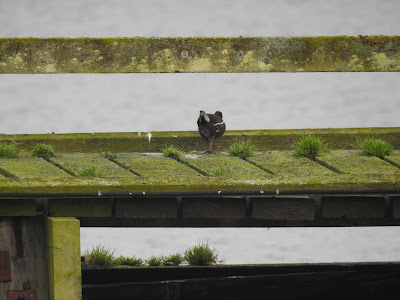 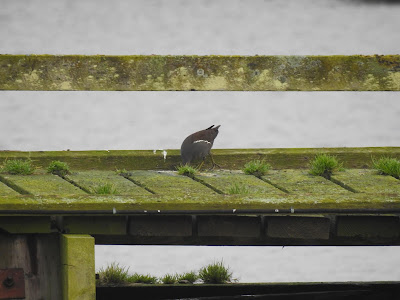 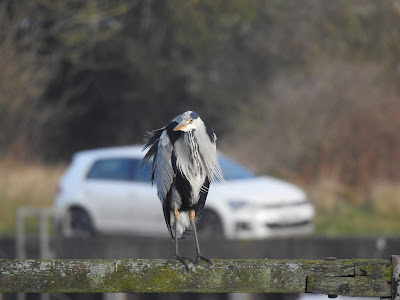 My fourth, and final, highlight of the morning was a pod of Bottlenose Dolphins, or to be precise Common Bottlenose Dolphin Tursiops truncatus. They were some distance from me in the mouth of the river, but I was getting excellent views through my scope. I couldn't really tell how many there were because they kept going left to right and right to left, and all I can say is that the most I saw together was four! So all I can say is that there were at least four, and probably more.

As I said earlier it was a morning for quality and not quantity, so in addition to the above highlights all I can add is seven Shags, two Little Grebes (a bit of a surprise), two male Goldeneyes and two male Goosanders. It was a very enjoyable morning! 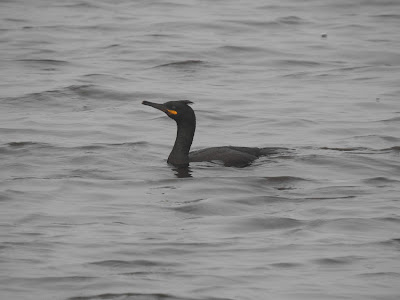 I would like to take this opportunity to wish you all Solstice Greetings, and I hope that you enjoy your mid-Winter, or indeed mid-Summer (depending on where in the world you are), festivities, however you celebrate!

The sun has returned and the days are getting longer...yippee!!!
Posted by The Hairy Birder at 12:54