Over the past couple of days I have completed some on-going bird surveys on hedges and ponds/wetlands for one of my clients at his two farms, but more of that shortly.

First of all, a quick rewind to last weekend where Ian and I had another ringing session in one of the reedbeds/scrub at the Obs. We ringed 27 birds as follows:

Monday morning found Gail and I undertaking a survey of a client's ponds/wetlands on his farm in Bowland. I have probably mentioned this before, but he has created a wetland corridor through the middle of his farm and he has asked me to carry out a series of bird surveys. I carry out a CBC type survey and map all birds and their activity along a route that I walk that covers all the ponds/wetlands and associated habitats. 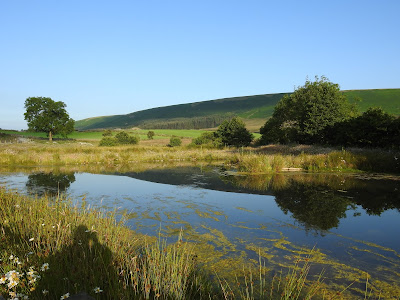 One of the ponds that forms part of the wetland complex

Both farms are good for Brown Hares and at the farm in Bowland I recorded 19 Brown Hares, and at the one in the Wenning valley fourteen! 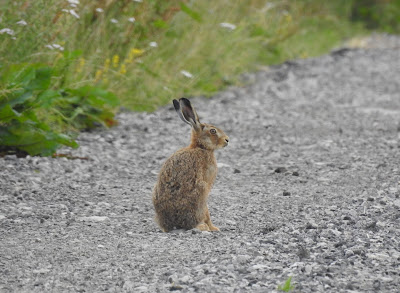 It was hedges on Tuesday at my client's farm in the Wenning valley. I have six hedges to survey; three existing hedges and three that we planted a few years ago. I won't break it down by hedge, but as above just list some of the more interesting sightings as follows; a Grey Wagtail, a Raven, eleven Goldfinches, six Willow Warblers, a singing Garden Warbler, a Great Spotted Woodpecker, a Buzzard, a Sparrowhawk, three juvenile Redstarts and a Siskin. 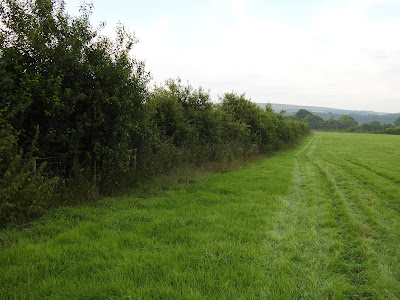 One of the 'newly' planted hedges that I survey 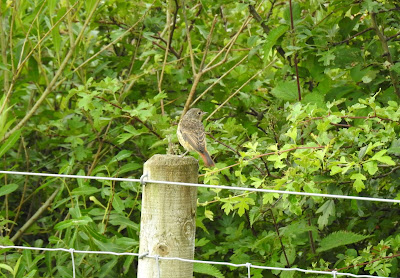 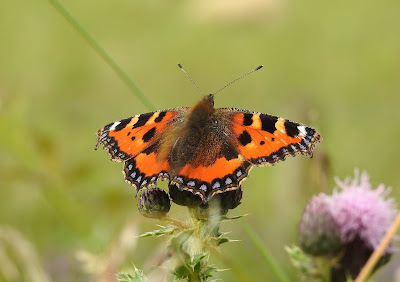 It's looking like we won't get any ringing done this weekend at the Obs due to the wind strength, so it will be more survey work for me next week to get my birding fix!
Posted by The Hairy Birder at 15:34