The weather has been appalling for the past few days, not just here but throughout the UK. I went to my feeding station this morning and just for a change it was raining! It was a pity it was raining because I had a nice selection of farmland birds.

First up were the Tree Sparrows at the feeding station and today there were only 40 along with eight Chaffinches and a single Great Spotted Woodpecker on the peanut feeders. Back at the car I had a flock of 26 Corn Buntings go over (my biggest count for the winter so far; or it was!) which was nice.

Heading away from my feeding station the lane passes a nice wet pasture with a line of mature Ash and Sycamores adjoining a large stubble field, so there is the opportunity to have a reasonable count of Thrushes feeding in the wet pasture with Starlings and some seed-eaters on the stubbles, and today was no exception.

In the wet pasture were at least 300 Fieldfares and 50 Redwings with nearly as many Starlings. Over in the stubbles were a further thirty Corn Buntings, 40 Linnets and a number of Chaffinches that I couldn't count. So not a bad little haul of birds for a short break in my daily routine! 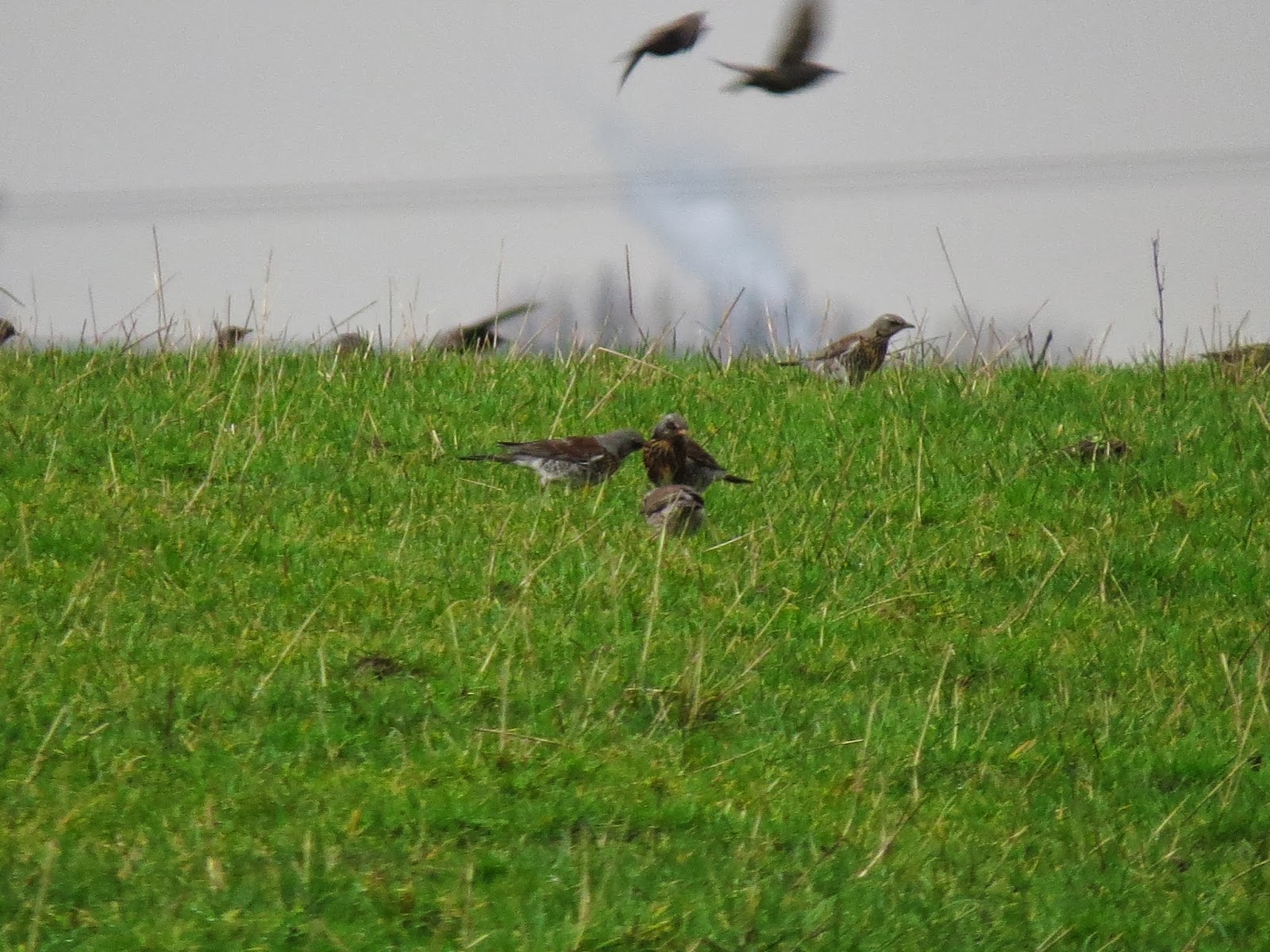 The Fieldfares were either too far away or against the white sky, well
that's my excuse for these rubbish shots! 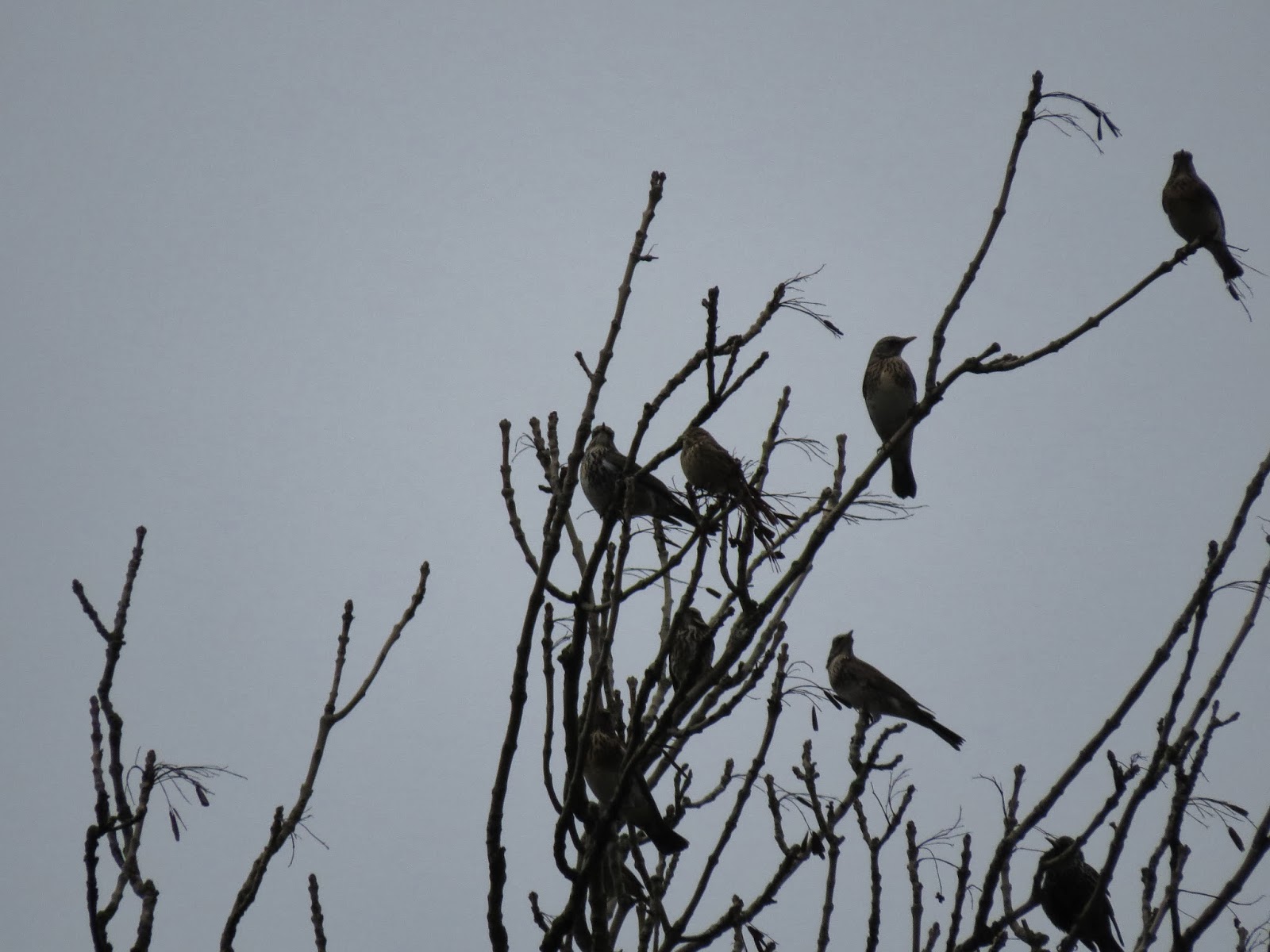 Hopefully coming up this week will be some sea watching and ringing Turnstones!
Posted by The Hairy Birder at 16:01