I was at my feeding station before sunrise this morning and consequently I didn't have many of the feeding station 'regulars' but I did record a good number of Pink-footed Geese heading south to feeding areas in the Fylde. They were coming from the north and had presumably just left their Morecambe Bay mudflat roost minutes earlier. 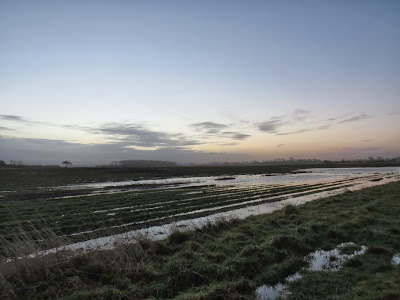 The weather was a good deal better than yesterday and I had three oktas cloud cover with a 10 - 15 mph southwesterly wind. As I headed off down the track a couple of Grey Partridges called in the half light and at the feeding station itself I had four Yellowhammers, ten Chaffinches and just 81 Tree Sparrows.

I had a short walk up the '97 hedge' and added Buzzard, two Reed Buntings and four Fieldfares to my totals. It was whilst walking here that I had the majority of the 1,391 'Pinkies' that flew over heading south in smaller skeins. In addition to the 'Pinks' I had nineteen Whooper Swans also. 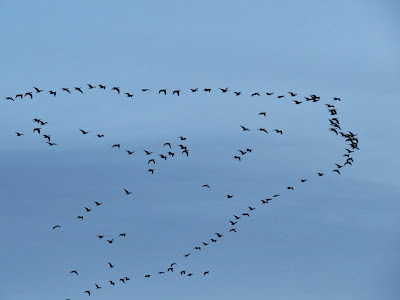 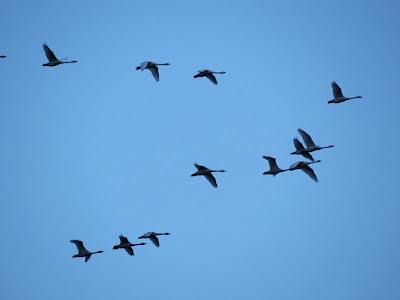 Heading back to the car I had seven Lapwings on the stubbles and a Great Spotted Woodpecker flying from one of my peanut feeders to the woodland. Driving off the site I had a look on the flood for the Green Sand, but it wasn't around, but I did have a flock of eleven Corn Buntings and a calling Goldcrest.
Posted by The Hairy Birder at 12:57