..........or should I say what happened to the weather forecast? After a decent forecast last night I got up at 6:30 this morning ready to head to my feeding station for a ringing session but it was raining! And it would rain on and off for the next couple of hours or so.

When it did finally stop I did go to my feeding station but just to feed rather than ring. Twelve Chaffinches, a Great Spotted Woodpecker, 105 Tree Sparrows and eight Yellowhammers were at the feeding station. I had a short walk along the '97 Hedge' and added to my note book a couple of Buzzards and singles of Song Thrush and Corn Bunting. I called one of the Buzzards in and as it got closer I took some shots of it, but as it was against the bright morning sky they are just silhouettes, but I think they still work and the three pictures below show the Buzzard coming in, spotting me and then turning away. 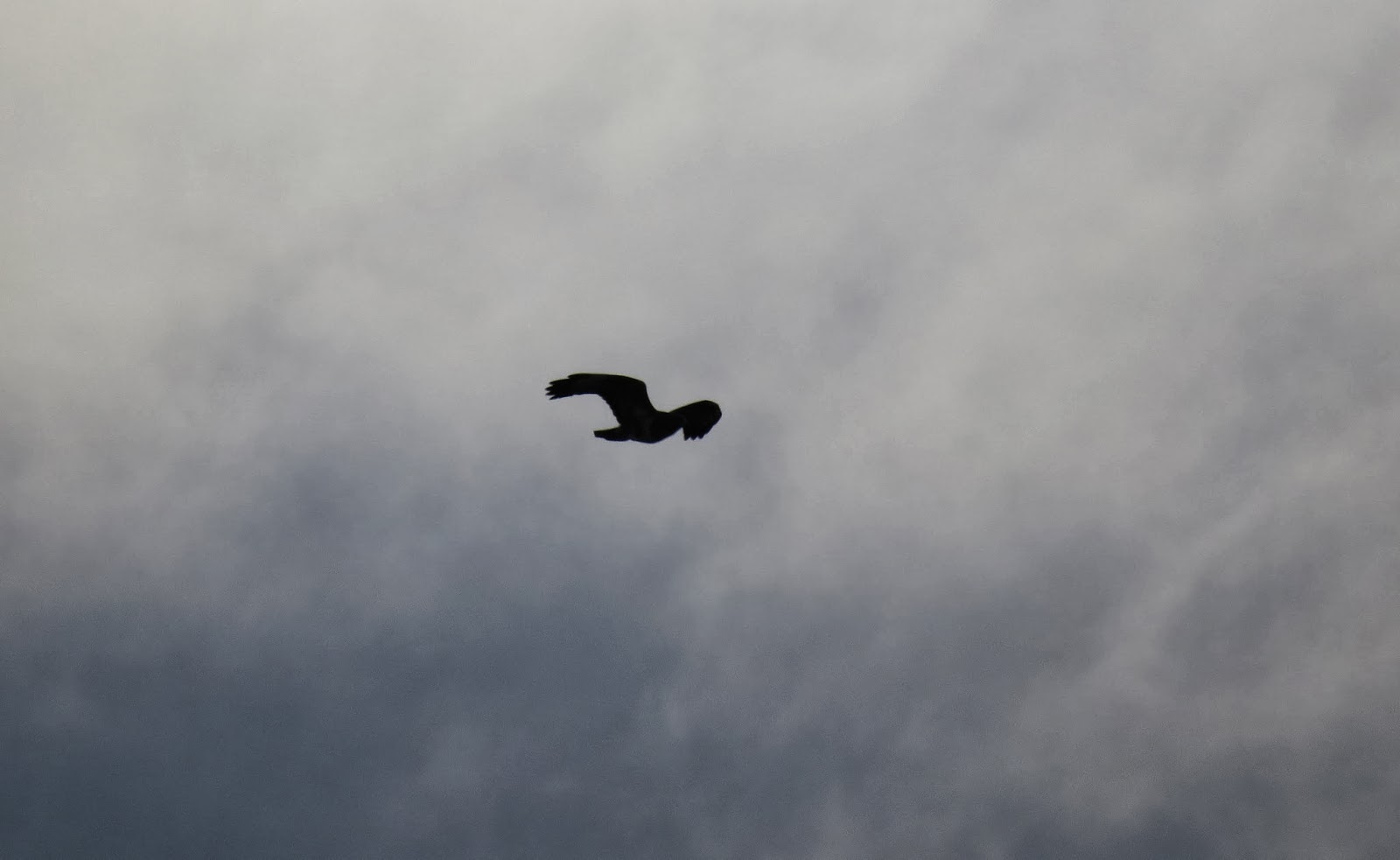 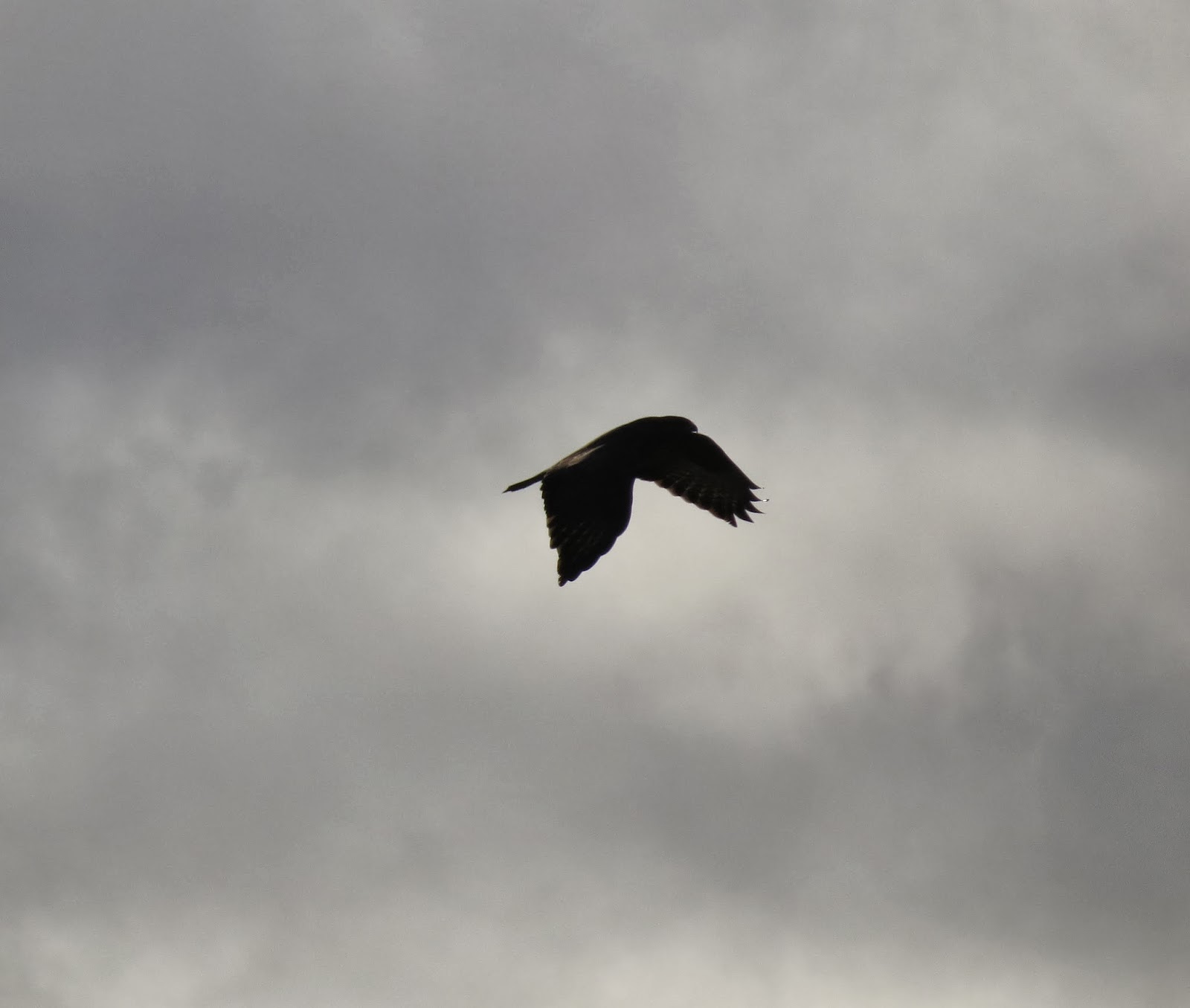 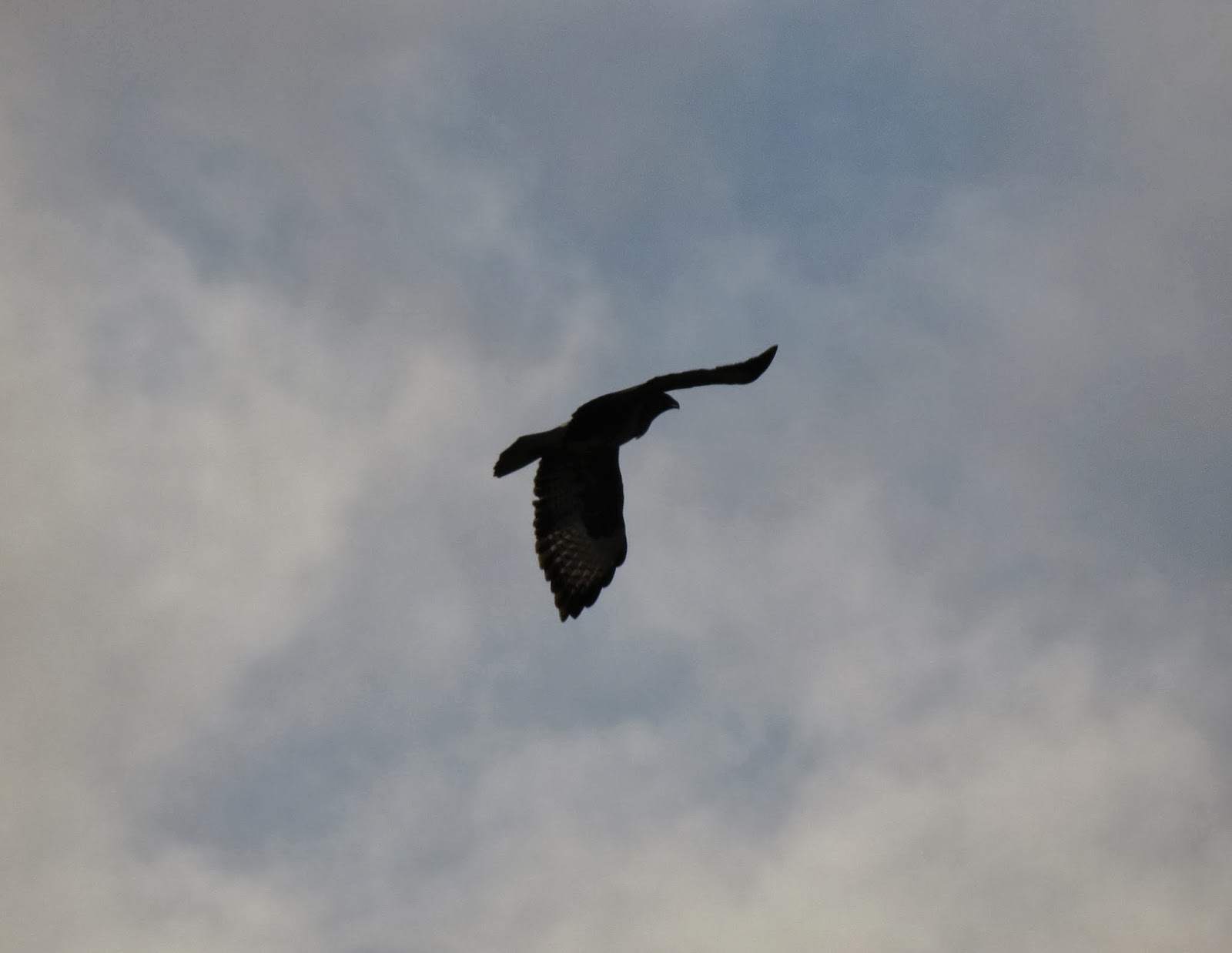 Driving away from the site I had a look on the flood to see if the Green Sand was about, but it wasn't, but there was a young Kestrel knocking about in the general area instead. It was flying up to an electricity pylon and then dropping down to the field to feed and I can only assume that it was feeding on invertebrates, or missing altogether, as I didn't see any evidence of mammalian prey. Added to that the field didn't look suitable for small mammals in terms of the sward height and structure. 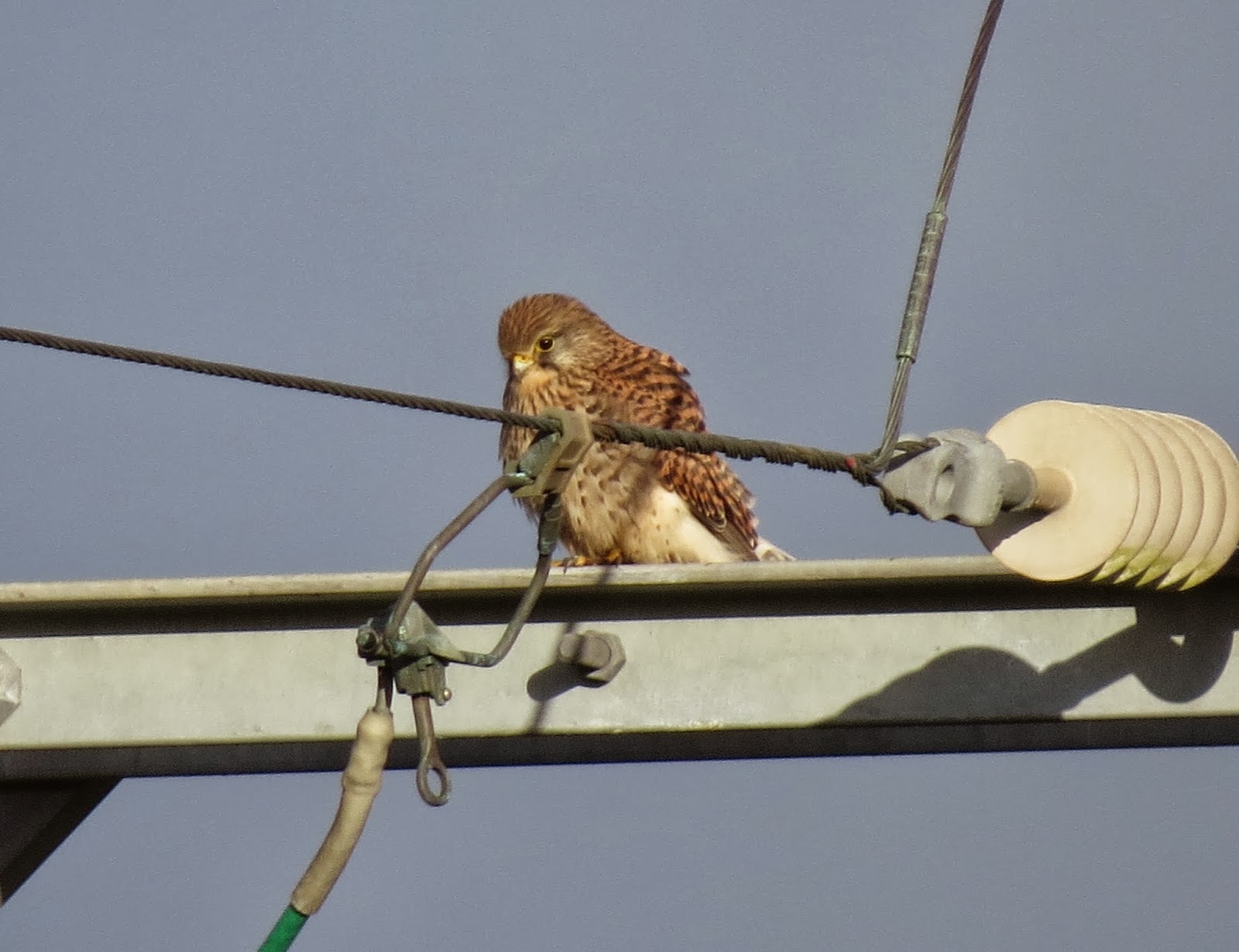 Kestrel (above and below) 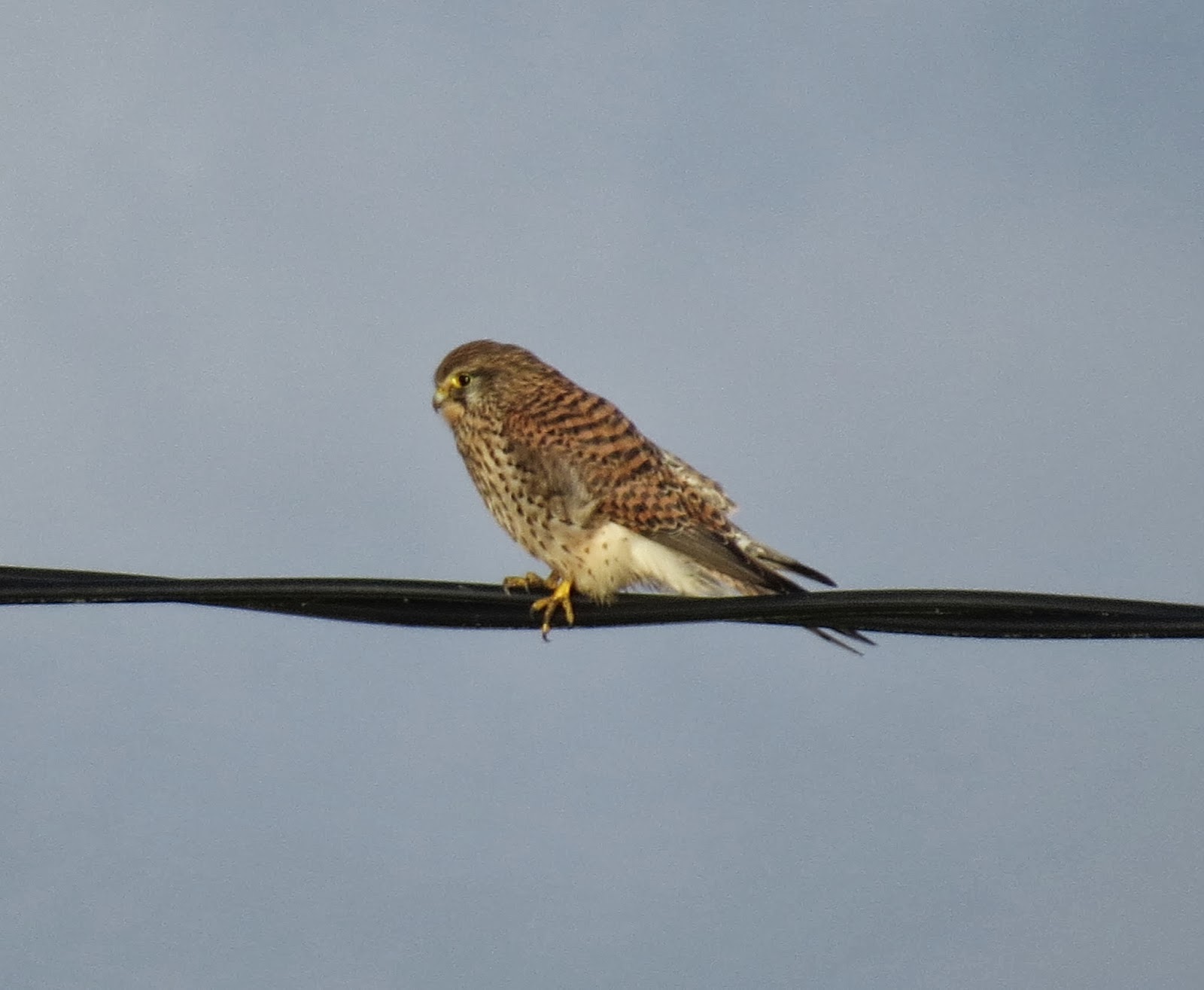 Later in the day I spent the last hour of daylight at the reedbeds. On the pools were 26 Coots, four Pochards and 18 Tufted Ducks. Singing from a scrubby area of the reeds was a Cetti's Warbler and four Water Rails called from the reeds.

It's going to be too breezy for ringing tomorrow but there is a morning tide so I'll start off by looking on the sea and take it from there.
Posted by The Hairy Birder at 21:48