I had a typical late May ringing session in the reedbed at the Obs yesterday, which was paradoxically the first of the Spring! Ah well, better late than never. Obviously, and completely understandably, the lockdown had prevented us from doing any ringing, but at the reedbed and pools at the Obs it's often how much water there is that dictates when the ringing for the year commences. And even without the lockdown, I doubt I would have been able to get in any sooner. As it was, some of the paths to my net rides were under about 20 cm of water, but the net rides were dry.

It was a cracking morning with clear skies, and no wind; almost perfect conditions for ringing. At this time of year bird activity, especially amongst wetland warbler species, is reduced, as the breeding season is in full swing, and females are generally sitting tight on the nest. I only ringed four birds this morning, and all of them were males: 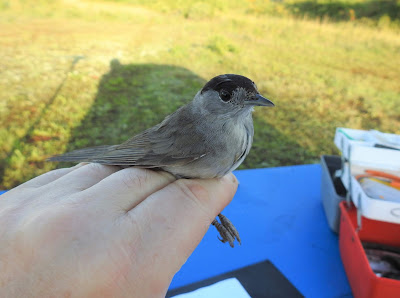 I'll try and keep the ringing going throughout June, until it picks up again in late June. I only have three net rides in the wetland complex, and I gave them a little 'haircut', and with use they'll be fine right through to the Autumn. 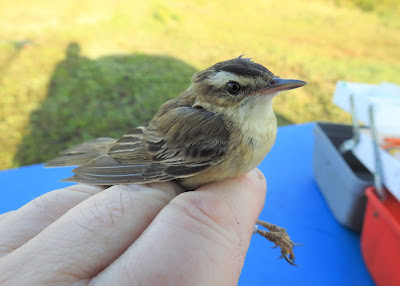 A few House Martins and Swifts fed over the scrape, and I noticed a Little Grebe with a chick. This is the first time that Little Grebes have nested on the scrape for a number of years, so the clearance of New Zealand pygmyweed Crassula helmsii and the re-profiling of the pool has done the trick! A couple of Grey Herons also dropped in to feed on the scrape as well. 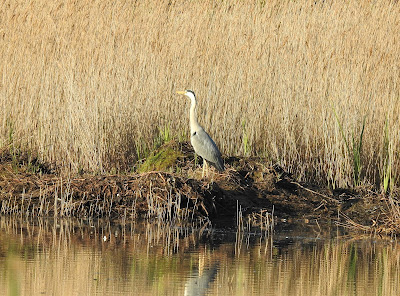 Back home the moth trap has still been quiet, and today I caught four Heart and Darts, a Flame Shoulder and two Light Brown Apple Moths. 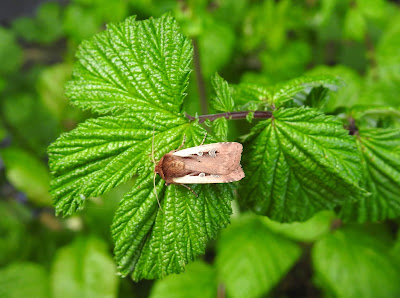 It will probably be weekend before I post again, when Gail and I will be back at out at our Pied Flycatcher boxes in Bowland. I'll be sure to let you know how we get on.
Posted by The Hairy Birder at 19:29