With a blog title like that you can tell that...well...I am scraping the barrel to keep the blog going, as I have very little to report really. The main problem has been the spell of cold, wet, windy weather we have been having recently, and any good days in between have been taken up with finishing off late breeding bird surveys.

I have only run my moth trap once in the intervening period and I trapped thirteen identifiable species as follows: 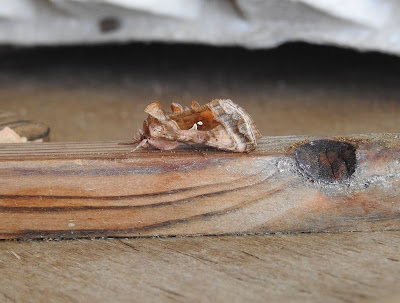 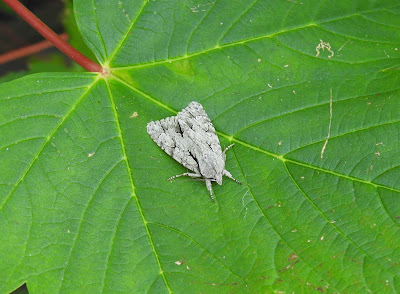 And I caught another Hawthorn Shieldbug! The other bit of garden wildlife to report is a regular Hedgehog(s) coming to my Hedgehog feeding station. I have now got a camera trap, and I have various bits of footage of it coming and going over recent nights. One of these days soon, I'll edit the footage together and I'll post something here. 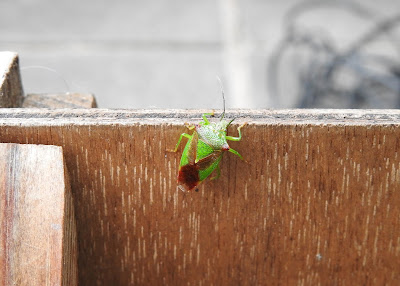 At weekend Gail and I visited our good friends Robert and Diana near Garstang, to check the Barn Owl box in the barn at their farm. Unfortunately, there was just one chick, but it was a good, healthy chick, and as long as the parents can bring plenty of food in, it will fledge successfully. 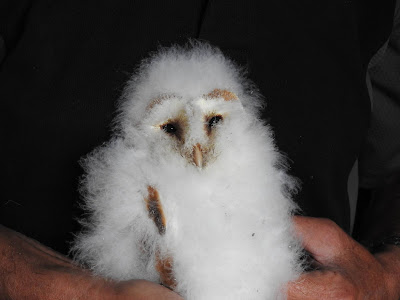 Talking to a friend and fellow ringer of Barn Owls in southwest Lancs, Peter, he was telling me that Barn Owls seem to be having a poor breeding season this year, very probably as a result of a shortage of prey items. He mentioned one brood that had five chicks at first, and when they checked the box at the optimum time for ringing the chicks, there was just two!

This is probably a result of the cyclical nature of the breeding ecology of species such as Barn Owl, that rely on the populations of small rodents such as Short-tailed Vole. These populations vary from year to year, and this has a knock-on effect on a particular breeding season for the Owls.

For my sins, I was in deepest darkest Worcestershire yesterday completing a late second breeding bird survey visit. As is often the case with these surveys, nothing unusual, but some good numbers of some common species, such as four Skylarks, two Swifts, three Blackcaps, six Chiffchaffs, a pair of Kestrels, two Coal Tits, three Great Spotted Woodpeckers, 16 Whitethroats, two Song Thrushes and four Linnets. 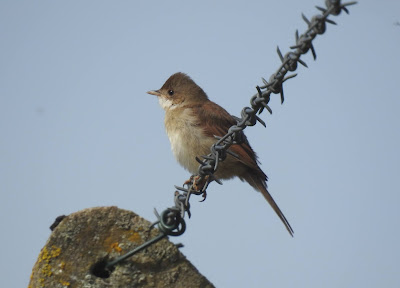 Over on the right you will see that I have updated the ringing totals for Fylde Ringing Group up until the end of June. Below you will find the top 3 ringed during the month of June, and the top 7 'movers and shakers' for the year. Nine new species for the year were ringed during June and these were Long-tailed Tit, Whitethroat, Lesser Whitethroat, Garden Warbler, Song Thrush, Avocet, Starling, Kestrel and Barn Owl.

Top 7 Movers and Shakers for the Year

Once again, the forecast is looking ropey for the next few days, but if there's an opportunity to get out, I'll take it.
Posted by The Hairy Birder at 12:17

Stick with it Seamus, its all swings and roundabouts in this game.