Yesterday, Graham and I met at the pools at the Obs at 0600 for a ringing session under 6 oktas cloud cover, and it was calm. Perfect conditions for operating mist nets, and I had the cloud cover that I had wanted over recent weeks.

I was fairly confident that there would be a few migrants around, as yesterday morning was the first calm morning for some time, and with the cloud cover, I thought there could be a few grounded migrants as well as birds on the move. When we were putting the nets up, there was very little calling, and I began to wonder if my hunch had been correct.

As the morning progressed, we began to catch, and by close of play at 1000 we had ringed 35 birds of fourteen species, as follows: 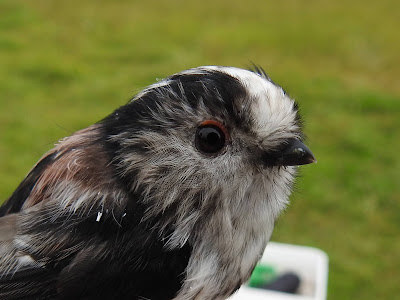 As usual the Starlings exited their roost shortly after we had the nets up, and I think their numbers had decreased as I estimated around 8,000 birds. This is usual for the site, as they don't roost here during the winter, it is only a late Summer/early Autumn roost.

There was some vis this morning, just dribs and drabs of Meadow Pipits, Alba Wags and Grey Wags in the main. At one point we could hear some Pink-footed Geese calling, but unfortunately couldn't see them to give them a count. 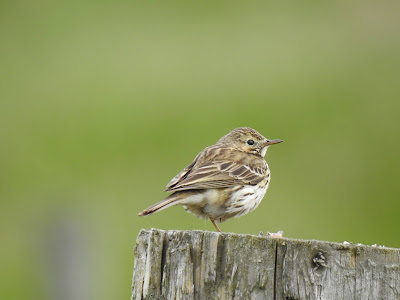 In addition to the birds ringed, grounded migrants included Stonechat, Goldcrest, Willow Warbler and Whitethroat. Raptors were thin on the ground with just a couple of Kestrels present. 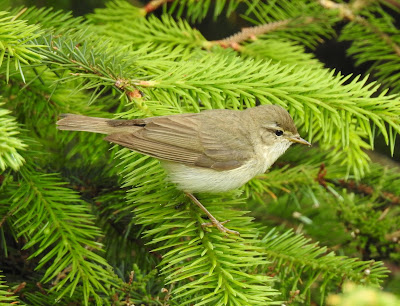 There was very little on the scrape other than four Mute Swans and 23 Mallards. No Curlew Sandpipers that seem to be turning up everywhere this past week.

It's going to be more of a sea-watching weekend coming up, rather than a grounded/vis/ringing type migrant weekend, so as the tides are early morning, I will be out having a look on the sea.

Over on the right you will see that I have updated the ringing totals for Fylde Ringing Group up until the end of August. Two new species for the year were ringed in August, and these were Shelduck and Pied Wagtail.

Below are the top 5 ringed during August, and the top ten 'movers and shakers' for the year.

I suppose technically, the above is actually a top 8!