Earlier in the week, Monday to be precise, Gail and I were giving our two Oriental cats one of their daily walks in the garden when Woody (see picture of Woody below) found an Eyed Hawkmoth close to the Apple tree. 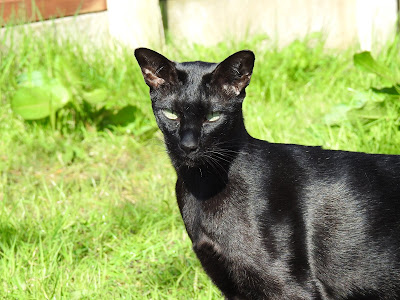 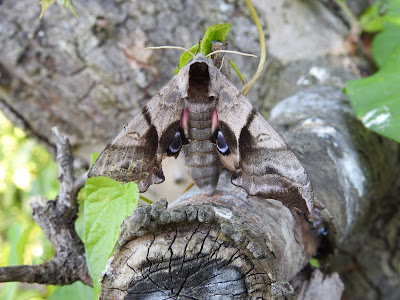 
Eagle eyed Stewart in Northumberland contacted me to say that the Eyed Hawkmoth was a female based on the width and pointed end to the abdomen; thanks Stewart!

On Tuesday morning Gail went out into the garden to have a look at the Apple tree to see if the Hawkmoth was still there, after me saying that it wouldn't be as it would have moved on during the night. A delighted shout from Gail at the bottom of the garden saying that there wasn't one, but two Eyed Hawkmoths now! Mrs Hawkmoth had presumably now been joined by a Mr! 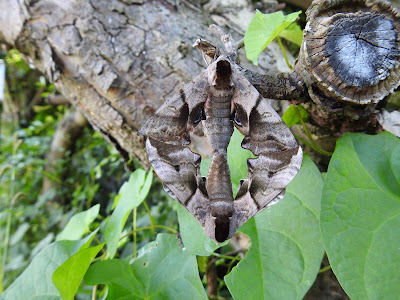 Eyed Hawkmoths
Posted by The Hairy Birder at 19:55