After a full week of 4:00 a.m. alarm calls I was determined not to get up too early over weekend in order to recharge my batteries before the early alarm calls kick in again Monday morning!

The potential Barn Owls that I mentioned in a previous post turned out to be Jackdaws! I checked the box that one of my farmer friends has in one of his buildings that he thought was occupied by Barn Owls, but when I peered into the box the beady eyes of large Jackdaw chicks peered back at me! Anyway, at least we know he doesn't have Barn Owls, well not in that box!

I ran my garden moth trap on Friday and Saturday night and although I didn't get huge numbers I did catch a few interesting species. New for the garden were Setaceous Hebrew Character, Clouded-bordered Brindle and Figure of Eighty. My totals over the two nights of what I could identify, in addition to the aforementioned, included six Brimstone Moths, a Poplar Hawkmoth, a Miller, a Scalloped Hazel, twelve Heart and Darts, two Bright-line Brown-eyes, a Buff Ermine, two Garden Carpets and a Green Pug.

Below are pictures of a selection of the moths trapped. 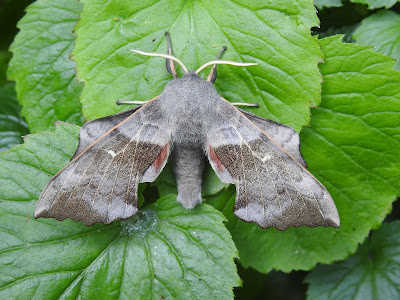 Poplar Hawkmoth (above & below), with Gail's arm for scale! 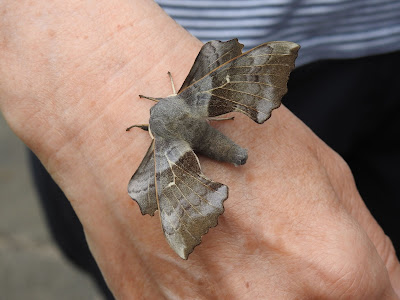 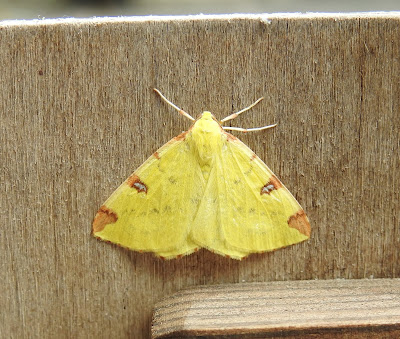 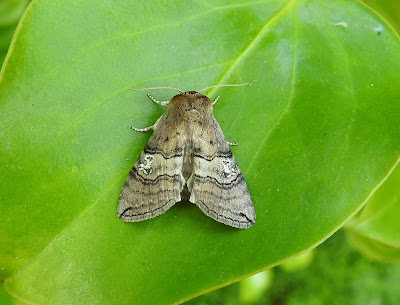 Figure of Eighty
Posted by The Hairy Birder at 17:42