I apologise for the lack of postings of late and this has been down to a combination of poor weather and all my birding being site visits for work, and I am sure you are fed up about hearing of these! So by way of keeping the blog going I picked an old notebook off the shelf from 1989. I am fortunate in having all my field notebooks from when I started birding in 1976 and they are a great source of nostalgia. They also highlight the changes in the fortunes of some bird populations; some good, but mainly bad!

In 1989 I was fortunate enough to spend nearly a year volunteering at Long Point Bird Observatory near Port Rowan in southern Ontario, Canada. On this day, 31st July, in 1989 I was at the Old Cut field station preparing for a period of daily recording at the end of Long Point known as the Tip. Old Cut was the field station at the base of Long Point, which is the promontory that stretches 20 miles in to Lake Erie from it's northern shore line. In addition to the two field stations already mentioned there is Breakwater that is about five miles out along the spit. It's a bit like Spurn Point on steroids!

Old Cut is surrounded by summer cottages and other residential buildings close to the lake shore, and the main habitat at the field station is scrubby woodland associated with marshes and wetland.

The majority of the day on 31st July 1989 was spent procuring provisions for a two week stint at the Tip. Our task was to open the field station at the end of Long Point for the autumn season. This would entail clearing the mist net rides, putting up the mist nets and carrying out any repairs on the Helgoalnd trap there. So the birding at Old Cut on this day was limited.

My notebook tells me that it was warm with two oktas cloud cover and just two birds were banded (ringed); a Least Flycatcher and a Barn Swallow. The most interesting bird was an immature Bald Eagle that flew over during the morning and Caspian Terns were flying over the field station to various feeding areas on the lake, and I counted 15 (the following day I counted 65). Thirty Black Ducks wasn't unusual and neither was the ten Cedar Waxwings. It always felt most odd encountering Waxwings (although not our waxwing the Bohemian in North America) on a warm sunny day, when we usually associate them with winter birding!

Other bits and pieces from my notebook that day were four Pine Siskins, a Forsters Tern, four Green Herons (Green-backed Heron then) and two Black-crowned Night Herons.

Firmly back in the 21st Century the forecast isn't great for the week ahead with the position of the jet stream leading to a conveyor belt of westerly weather systems. Oh well, I might have to look at an old notebook again!
Posted by The Hairy Birder at 19:32 No comments: 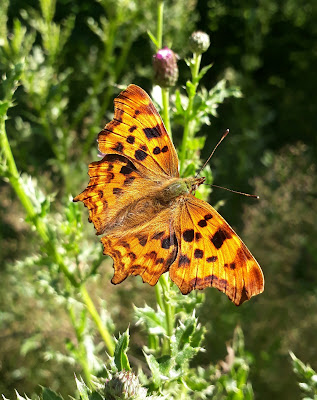 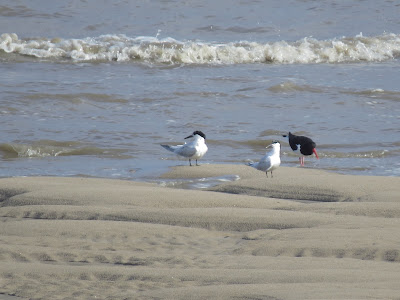 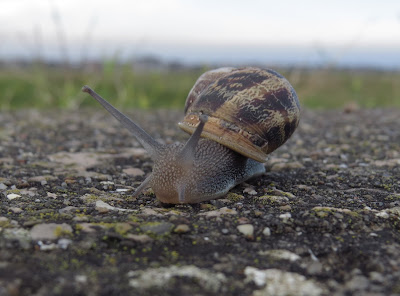 Posted by The Hairy Birder at 19:04 No comments:

Over on the right you will see that I have updated the ringing totals for Fylde Ringing Group until the end of June, and we are still playing catch-up after the various ringing suspensions that I have blogged about previously due to Avian Influenza outbreaks locally. We are 370 birds down on where we were last year and need some good weather through autumn to catch up.

The top four ringed during June and top 10 'movers and shakers' for the year were as follows:

As I suspected would be the case, I didn't make it out early this morning after my real ale tour of some Scottish islands last night. Instead Gail and I headed down to the estuary for a walk mid-morning. And what a pleasant walk it was.

Heading along the path through the Hawthorns and reed-fringed pools an assemblage of singing Warblers greeted us, and amongst these insectivore songsters were Reed Warbler, Sedge Warbler, Blackcap, Whitethroat and Chiffchaff. Basically, representatives of Phylloscs, Acros and Sylvias, all with instruments of varying pitch and tone!

The tide was running in as we got to the estuary and it wouldn't be long before it started to lap up against the saltmarsh, so the ribbon of mud holding the feeding waders was getting thinner and thinner. Time was of the essence, so a route march was in order to get to the 'spit' and anything on the reservoir could wait until the walk back.

The highlight of the 'mud larks' was a gorgeous summer plumaged Spotted Redshank showing exactly why black is the colour! Sadly it was a little distant, and therefore I haven't got any photos to show what a cracking looking wader this is in this plumage; try 'Googling' it! I think it was the first Spotted Redshank that Gail has seen, but she took the lifer in her stride without showing too much birding emotion!

Back to the reservoir for the return journey and we bumped in to Ian. That's the spotted of my blog title out of the way, and the reservoir gave us the common and the king. We could hear a number of Common Sandpipers calling and in total there was three interacting with each other, and then cutting across the Common Sands calls was a Kingfisher that Ian picked up flying along the far side of the reservoir. It perched up in a dead tree over the water and we watched it for a good few minutes until a Grey Heron also landed in the tree and flushed it! Again no pictures I'm afraid as the Kingfisher was a tad too far away. 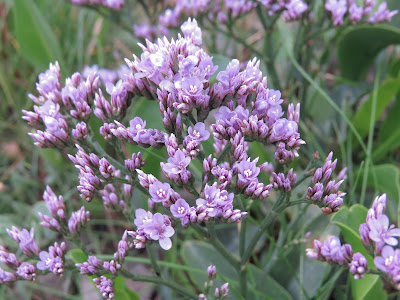 About the only thing I could photograph this morning was the Sea
Lavender on the saltmarsh!

It could be next weekend before I'm out on the patch again, but I've got plenty of site visits this week with a few surveys thrown in so hopefully I'll have something to report.
Posted by The Hairy Birder at 19:58 No comments:

Ian and I were out ringing at the Obs this morning in the reedbed and we had to give the net rides a trim first before we could put any nets up. We had clear skies with a 5 mph northerly wind.

As I arrived on site Starlings were exiting their overnight reedbed roost,and there was probably somewhere in the order of 3,000 birds doing some morning murmurating! Reed Warblers, Sedge Warblers, Willow Warblers and Whitethroats were all singing from their respective reed and scrub territories, whilst half a dozen Swifts screamed overhead.

A Great Spotted Woodpecker looked odd alighting in some rather flimsy Poplars, where moments earlier a party of Long-tailed Tits had moved through. An early Siskin moving south and an alarm calling male Stonechat were best of the rest.

We ringed thirteen birds as follows (recaptures in brackets): 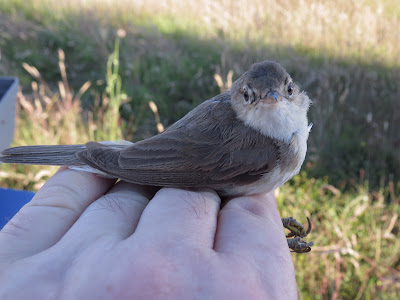 I'll attempt to get out in the morning and I say attempt because I have some lovely Scottish ales to sample this evening!
Posted by The Hairy Birder at 20:17 No comments: 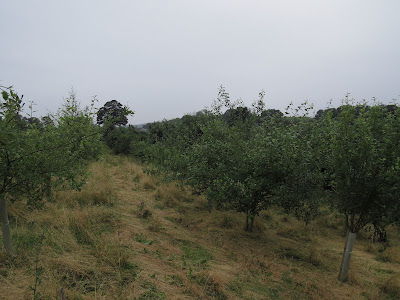 
Now that's how you describe a Hen Harrier!
Posted by The Hairy Birder at 19:26 No comments: