Over recent weeks, as you know, I have struggled to run my moth trap because of various surveys that I have been undertaking. However, so far this week I have managed to run it twice, and it will be on tonight. Okay, I admit I am a bit of an occasional moth-er, but I do try and run it as often as I can.

A first for me in the trap this week was a Hawthorn Shieldbug, which is a large, very brightly coloured (as you can see from the picture below) beastie, mostly apple green covered with dark punctures. What a stonker! 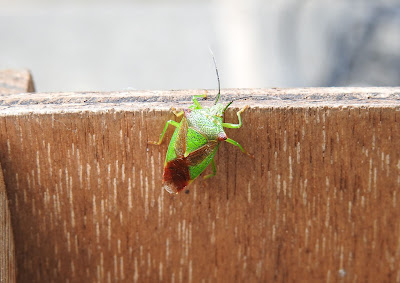 Both catches have been fairly light, and I have combined the totals for both catches below: 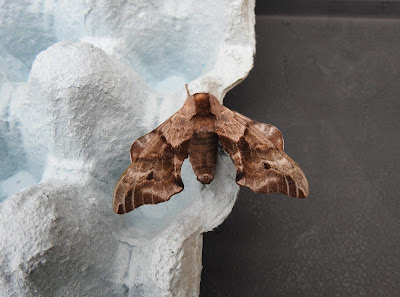 Eyed Hawkmoth (above & below) 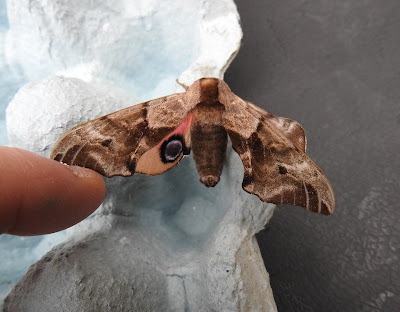 This morning I had a ringing session at the Obs reedbed, and my catch of just five birds were all adults: 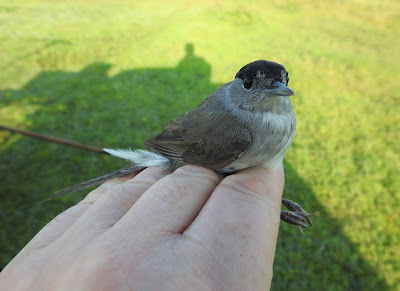 It would seem that there aren't any/many juveniles yet in our catching area, and it will probably be another week before we start seeing some juvenile Reed and Sedge Warblers etc.

The scrape is looking good, and the water levels are dropping nicely, hopefully in time for the start of the return wader passage in a couple of weeks. 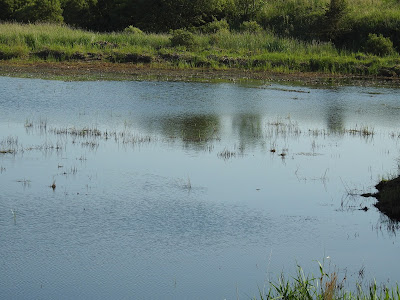 The scrape this morning

It's a hot evening, so I am going to crack open a few real ales, including a couple of cracking brews from Orkney Brewery and Sulwath Brewery. Cheers!
Posted by The Hairy Birder at 20:12 2 comments: 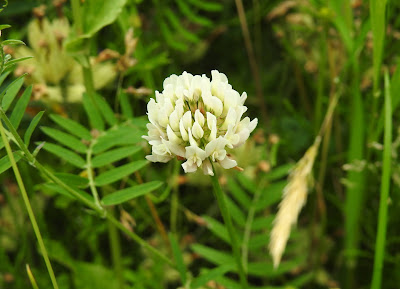 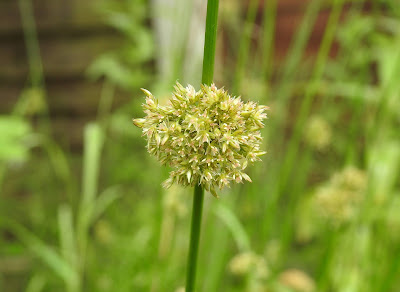 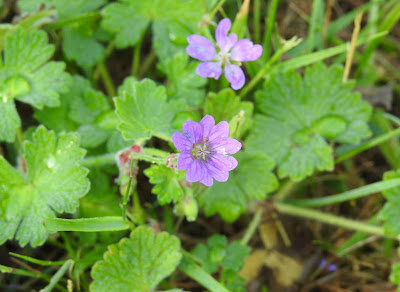 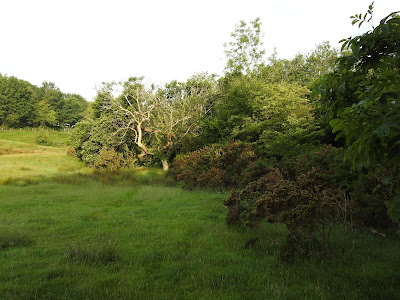 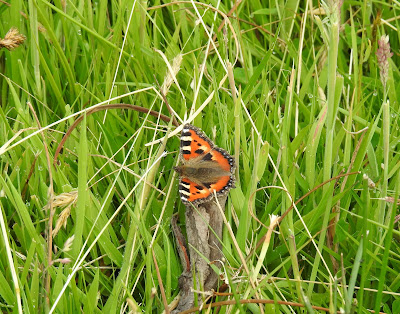 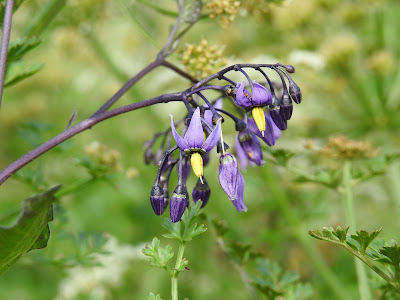 Back to the garden, the other thing that I have to report is that we have a Hedgehog visiting again. A couple of days ago I noticed some Hedgehog scat, so I put the feeding station out with dried cat-food and a bowl of water in, and just after dark that night the Hedgie was there in the feeding station having a good feed. For the past couple of nights, it has returned and has been making use of the feeding station. Fantastic!
Posted by The Hairy Birder at 19:43 No comments:


Before I get in to the topic of this post, I want to apologise for the quality of the Curlew pictures. These birds were busy alarm calling, and flying round me, giving me grief, which is exactly what they should be doing, and was an excellent sign, as it meant that they had young; good news indeed! 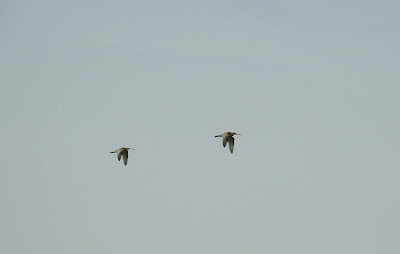 I was back in Bowland on my conservation mad client's farm, and for the first time in years I was walking the lower, more intensive section of the farm below the road. I spend lots of time on the top half of the farm, above the road, where the majority of the conservation management goes on, where the aim is to provide optimum habitat for breeding waders. 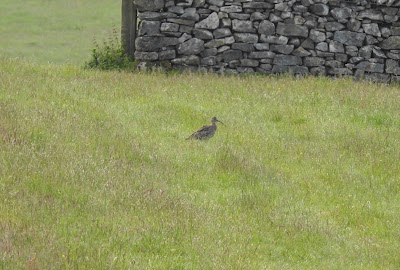 Most of the meadows on the farm are on this more intensive (and this is in relative terms) lower part of the farm, and as such this is where a number of the Curlews nest. It was a pleasant morning, and I had nearly full cloud cover with a light southerly wind when I set off on my walk. 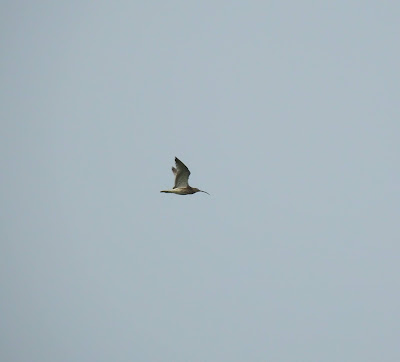 I recorded at least 5 - 6 pairs of Curlew, which was the objective for my visit, and they were either still on eggs, or had young, based on their actions e.g. alarm calling and agitated behaviour (chicks) or quietly slipping away through the sward of the meadow (on eggs). I wanted to look at the distribution of the Curlews on this section of the farm, see how many pairs there were, and start looking at ways of improving the habitat for them.


Of course, as I was wandering along looking at and thinking about Curlews, I did jot other bits and pieces down in my notebook. The farm is good for Brown Hares, and I recorded eight animals during my walk. 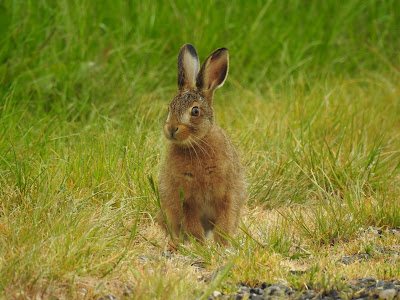 A number of birds were singing from various bits of hedgerow and scrub including two Blackcaps, eight Willow Warblers, two Song Thrushes and a Garden Warbler. There's certainly more Garden Warblers around this spring, so let's hope they have a good breeding season.


An area of species-rich grassland on a small hillock held at least 20 - 30 Chimney Sweeper Moths, and I realised why, when I noticed abundant Pignut throughout the sward in this area. Pignut is the food plant of the Chimney Sweeper Moth caterpillars.


I had two Great Spotted Woodpeckers, and also the only raptor species I recorded, Buzzard, numbered two. My best bird, except for the Curlew of course, was a singing Cuckoo, but it was distant alas, and I didn't have any chance of seeing it. Nice to record though!


I finished off with 80 moulting Mallards on one of the numerous wetlands on the farm, and in with them was a single male Tufted Duck. 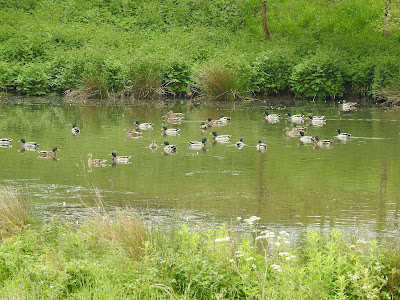 The forecast is looking okay at the moment for some ringing on Sunday in the Obs reedbed, so if I get there, I'll let you know how I get on.

Posted by The Hairy Birder at 19:24 No comments: