Sunshine On the Solway

August has been quite a rough old month so far, and the weather Gods haven't been smiling on us when it comes to getting out ringing at the weekends. Last Thursday, the last sunny day before the wet windy westerly weather we are having at the minute came in, I had a very pleasant morning on the Solway in southwest Scotland near Rigg. 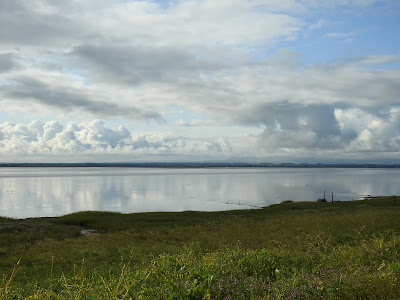 Before I hopped over the border to the Scottish side of the Solway, I had one of my plantation woodland bird surveys to complete at a site not a million miles from Carlisle. One thing I have noticed this year is that there seems to be a good berry crop on the Rowans, and Hazel seems to have done well too. The local Blackbirds were certainly enjoying the Rowans at this site. 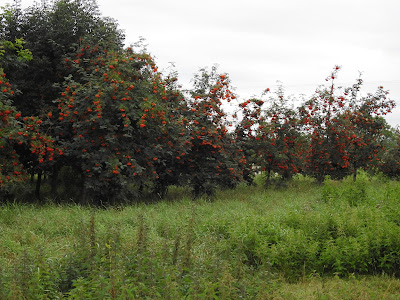 A good crop of berries on the Rowans

The best birds during my survey were three Ravens that flew over croaking, and the supporting cast included eight Willow Warblers, a Great Spotted Woodpecker, a Chiffchaff, a Buzzard, three Stock Doves, a Tree Sparrow and a Mistle Thrush.

After I finished my survey and headed over the border to Scotland, to the area that Gail and I hope to call home in the next couple of years, it started raining fairly heavily. It wasn't forecast to rain, but thankfully as I got closer to the Solway the sun started to shine, and it was nice for the remainder of the morning.

I parked up and set my scope up at the rear of my car and started scanning the shore. I say the shore, but when I first arrived the tide was still in and had only just started to fall. The Solway itself was as flat calm as a mill pond, and looked spectacular with the cloud formations reflecting in the water.

As the tide dropped and mud started to appear, then birds started to drop in. A nice group of five Greenshanks fed in front of me, but sadly I was looking into the sun and couldn't get any pictures. Greenshanks are one of my favourite birds and I never tire of watching them, particularly when they are feeding. I'll leave it to Desmond and Maimie Nethersole-Thompson to describe their feeding behaviour from their seminal monograph 'Greenshanks':

"In summer Greenshank's use different methods to capture their food. We have seen them running through the shallows with high steps; possibly the origin of the cock's goose-stepping approach to hen courtship. In this way they probably flush small fish or aquatic insects. At other times they run quickly, holding up one or both wings while they dab rapidly from side to side, taking insects from the surface or just below it. In these pursuits the bird sometimes turns through an angle of at least 180⁰. Another familiar method is running with half-immersed bill swinging from side to side in the water".

On the river were 34 Goosanders, 18 Mute Swans and three Shovelers. Amongst the Mute Swans was a Whooper Swan, and I'm guessing it was the same bird that I had here on 2nd May. In May I thought it was perhaps injured, but I did see it fly downstream, albeit not very strongly. So, presumably it has over-summered because of an injury and hasn't been able to return to Iceland. 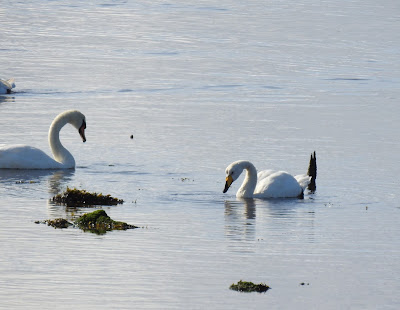 August is the peak month for Tree Pipits and I had my first of the autumn go over. I couldn't see it, but I could hear it. I find it hard to describe calls, in terms of the written word, so I had a look in the Collins Bird Guide that describes the call as "a drawn-out, uninflected, hoarse 'spihz'". I couldn't have put it better myself!

As the morning progressed and the clouds retreated a number of butterflies were on the wing and I recorded fifteen Painted Lady's, six Red Admirals, 18 Small Whites, eight Walls, two Large Whites, a Small Copper, two Meadow Browns and a Peacock. 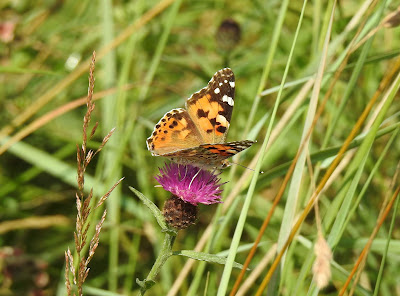 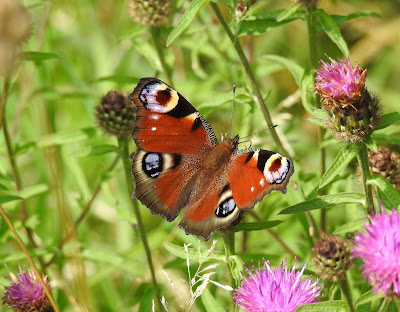 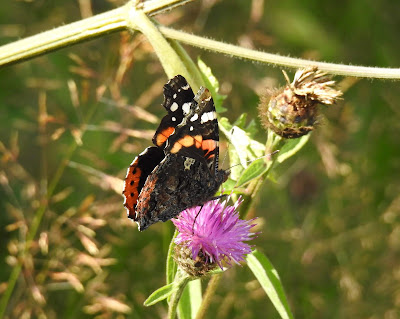 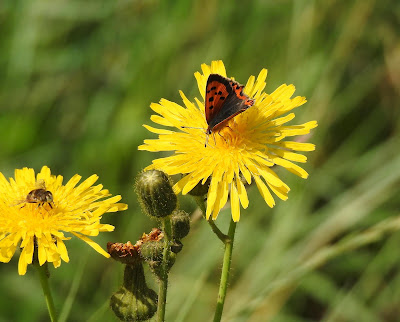 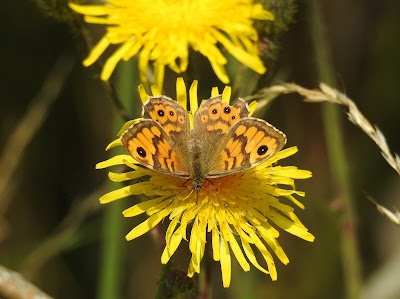 If the weather improves this coming week I hope to be out and about surveying in Cumbria, with hopefully some ringing back at the Obs too!
Posted by The Hairy Birder at 20:15