After a week of wrestling with dragons, well surveying for Great Crested Newts actually, it was good to be back out birding at the Obs this morning. It was cold for early May with a 10 - 15 mph SE wind with 6 oktas cloud cover.

The theme for the morning was that of a general lack of birds, but nevertheless it was pleasant to be out even if I had only managed to snatch a few hours sleep after getting back late from Liverpool after seeing Ian Anderson (Jethro Tull)! The 'vis' was exceedingly light and all I recorded was a single Lesser Redpoll, a Goldfinch, a Tree Sparrow, three Linnets, 13 Swallows, a House Martin and a Tree Pipit.

Since I was last here Whitethroats had increased to three singing males and five singing Sedge Warblers were new in, but whether they will all stay to breed remains to be seen. Grounded migrants were thin on the ground but included a beautiful male Whinchat and eight Wheatears. 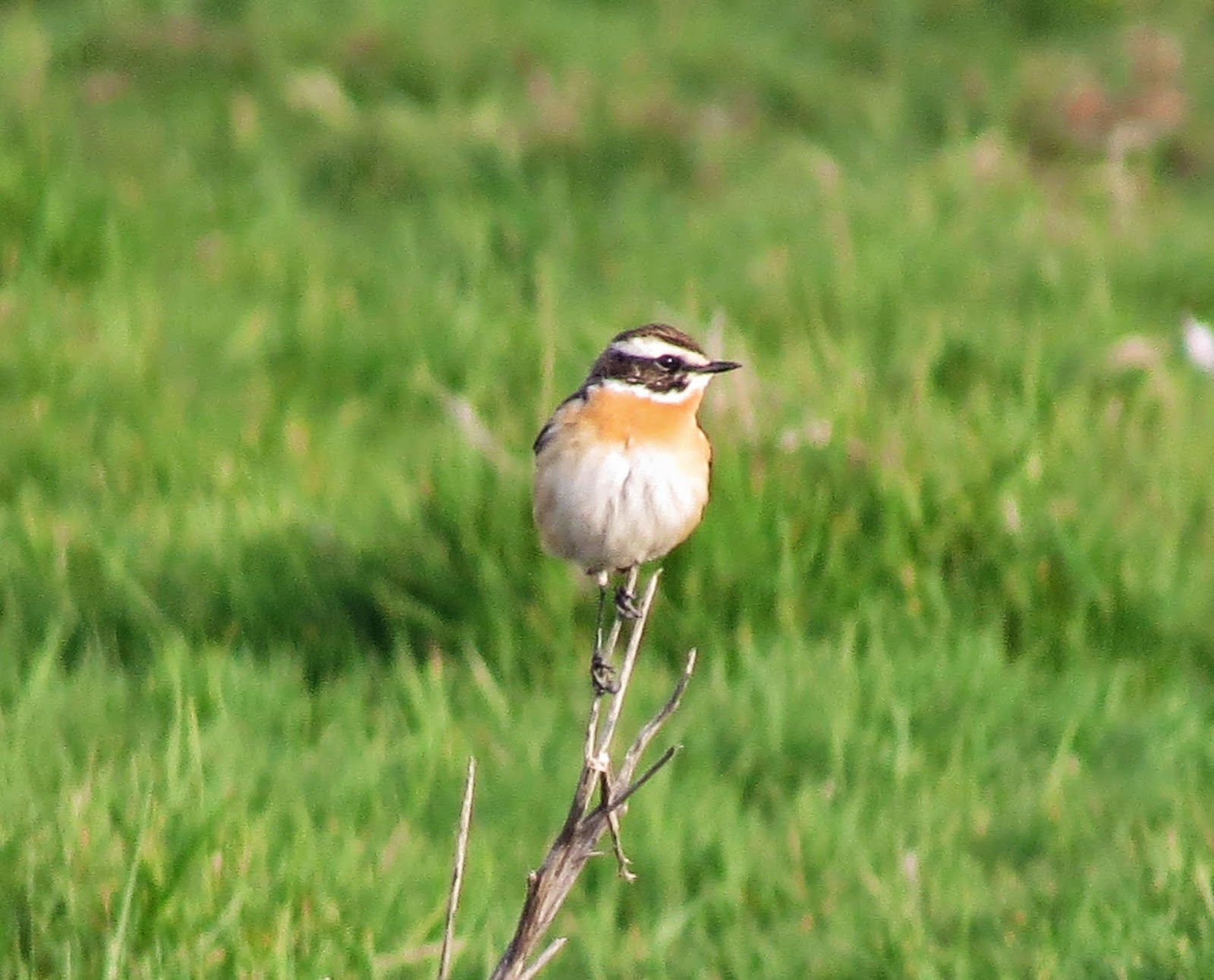 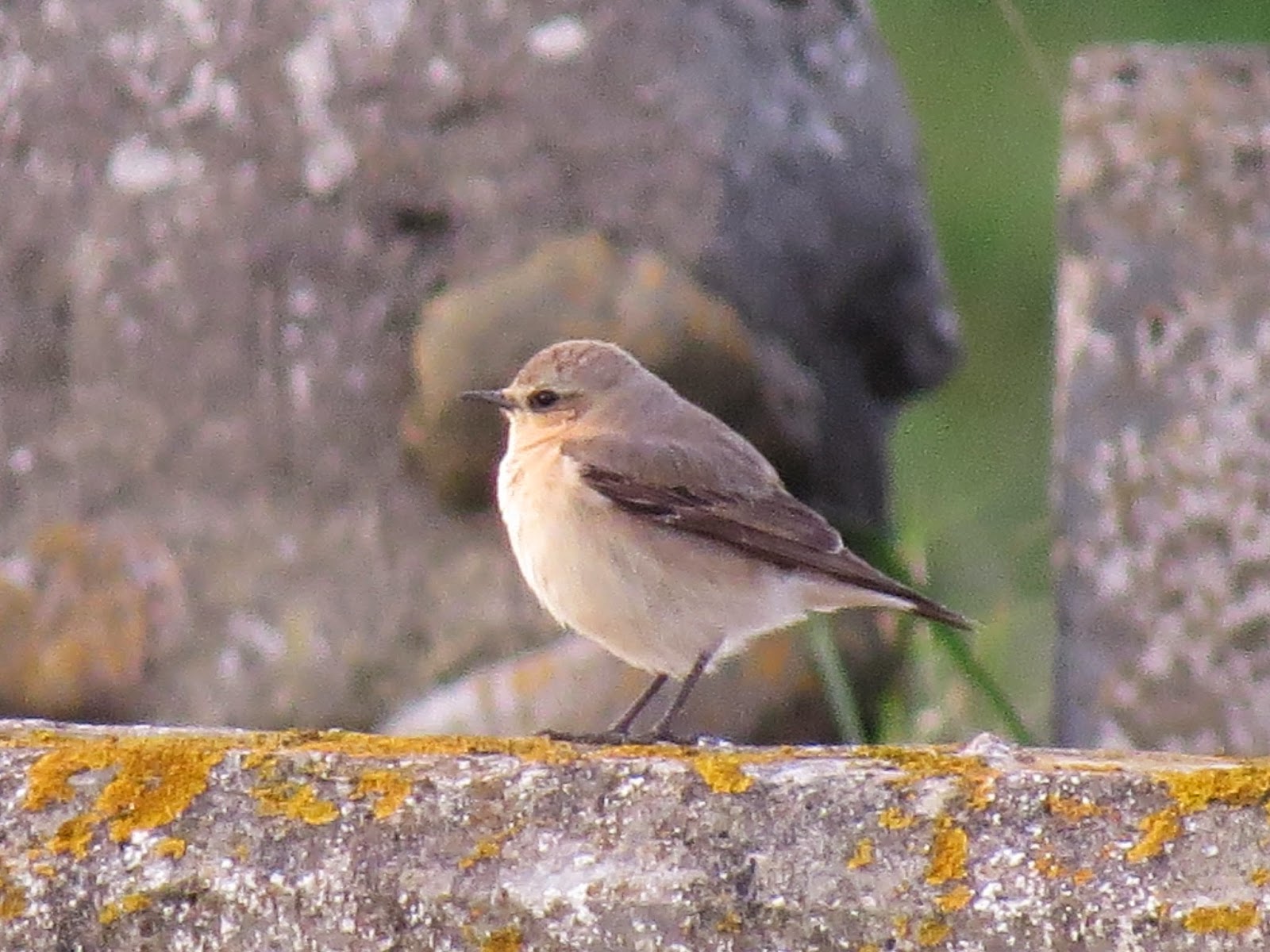 Continuing with the quiet theme there was very little on the sea other than 211 Knot heading south, a winter plumaged Razorbill, 21 Common Scoters, two Sandwich Terns and five Gannets.

The wind is swinging round southwesterly tomorrow and there is some rain coming in just after first light. I'm not sure whether it will produce any birds, but I'll certainly be having a look. 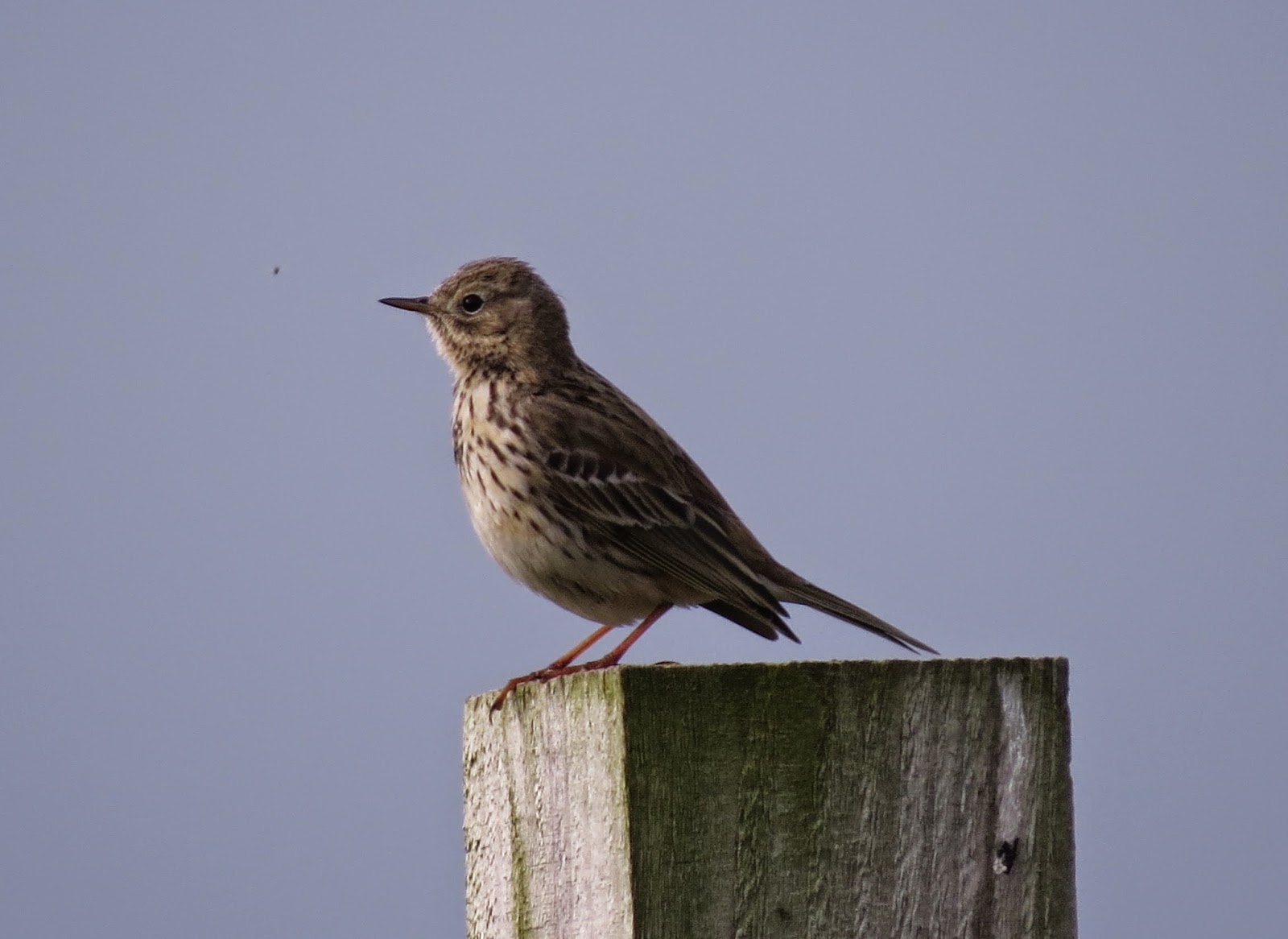 Two Meadow Pipits were displaying this morning.
Posted by The Hairy Birder at 19:55

Next time you're out with young Peter Fearon say hello to him for me please. And Peter senior too for that matter!

Really enjoy your blog by the way!