First Mipits Of The Autumn

I had my first ringing session at the coastal farm fields at the Obs this morning and at 5:30 am I had clear skies with a light southeasterly wind. It had been clear overnight, so I did wonder what the morning would bring when it got light. I got the nets up in the half-light and poured a coffee, waiting for the dawn.

There was a little vis this morning, but it was slow, and I suppose typical of early September. My meagre totals included 15 Meadow Pipits, four Grey Wagtails, ten Swallows, four House Martins, one Alba Wagtail, one Goldfinch and 30 Linnets (single flock).

I ringed ten birds as follows: 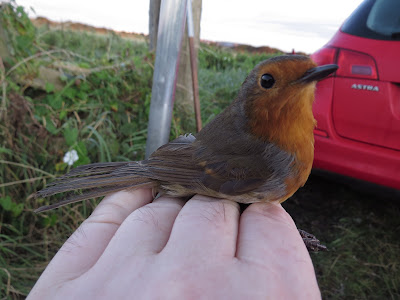 As it warmed up later in the morning there were a few butterflies on the wing and I recorded four Red Admirals and two Speckled Woods. 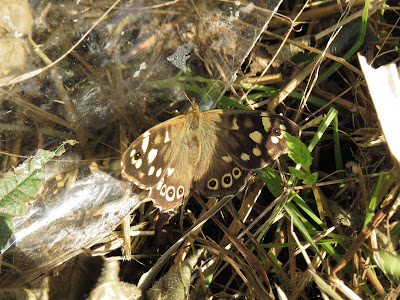 The only grounded migrant I had this morning was a single Goldcrest calling from the conifers, but there was a good number of Blue Tits around and I had eleven in total which is unusual for such a coastal location.

It's going to be too windy for ringing tomorrow, but as there is a morning tide I'll try and have a look on the sea before the rain comes in.
Posted by The Hairy Birder at 20:15