We were back in the reedbed this morning and at first light it was somewhat chilly with clear skies and a 10 mph SSE wind. The weather synopsis had looked good for an overnight arrival of migrants with a forecast southerly wind, clear skies and then cloud cover rolling in around midnight. The cloud cover did roll in, but not until about 0900, so it actually became a clear-out night with few grounded migrants.

The Starlings were spectacular as they exited their reedbed roost with a 'mini reversed murmuration', and they numbered somewhere in the region of 15,000! Similarly Alba Wags were exiting their roost on the marina, but in nowhere near the numbers of the Starlings, in fact only 16 came south over us. There will have been more than this but they disperse in all directions.

The only other thing of note in my notebook was a flock of 60 Goldfinches that are at the moment feeding on the plentiful thistles.

Due to the too late cloud cover (you have to have a theory as to why you didn't catch!) we ringed just seven birds as follows: 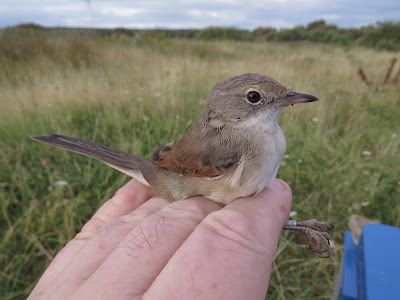 When I got back home I enlisted Gail's help to clear the net rides at the coastal farm fields area in the Obs recording area. I have to say she was a great help and did a magnificent job. Below are before and after pictures of the 60 foot ride in the Hawthorns. 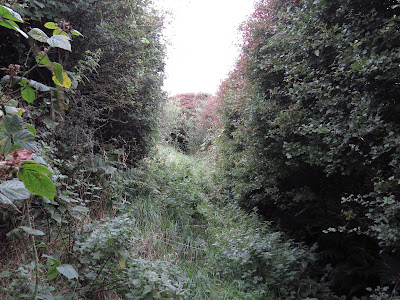 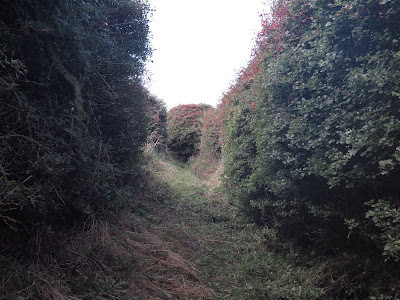 It's going to be a touch too windy for ringing tomorrow so I am going to treat myself too a few beers this evening and a lie-in as I've got 4:00 a.m. starts Tuesday - Friday next week!
Posted by The Hairy Birder at 20:28