I always smile when I cross over the border and see that sign 'Welcome to Scotland' (Failte gu Alba), and almost breathe a sigh of relief to be back in bonny Scotland. I do have Scottish ancestry, but not immediate family, although I do consider myself a Celt, relating more to my Irish half, in fact I consider myself Irish first and English second, and perhaps that's the connection! I'm not sure why I shared that with you, and need to rewind a little to south of the border at first light.

I was at one of my favourite survey sites this morning, not too far from Wigton in north Cumbria and I am envious of the farmer, Ian's, house! The front of the house overlooks the Solway and you can see across into Dumfries and Galloway with the splendid Criffell dominating the view! Out back the view isn't too shabby either looking on to the north Lakes with Skiddaw and Blencathra standing proud in the landscape!

At first light I had five oktas cloud cover and the wind was a very light south-southeasterly. I have three compartments to survey at this site and this morning all three compartments turned up trumps. For the sake of this posting I'll lump all my observations together including five Lesser Redpolls, six House Sparrows, a singing Yellowhammer, three Buzzards, 22 Swallows, 23 House Martins, three Willow Warblers, five Tree Sparrows, four Redstarts, two Stock Doves, a Nuthatch and a Great Spotted Woodpecker. 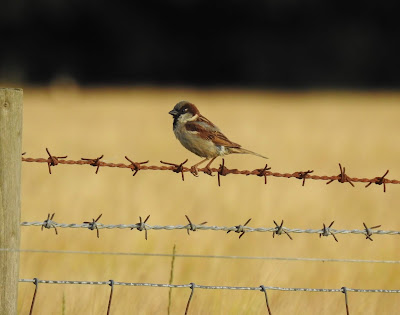 Oh, before I forget a Merlin carrying prey flew in front of me as I drove over Faulds Brow on my way to the site. I also had my first autumn Tree Pipit when a single high flying bird went over calling. The site is on high ground, and the Tree Pipit was high over me, so it was obvious that this bird had just crossed the Solway.

After I had completed my survey I headed to the Scottish side of the Solway to do some birding at a little place called Browhouses. This wasn't my only reason for crossing the border, it was also to procure some fine Orkney ales from Tesco's in Annan. In fact below is a fine Scottish ale that I am consuming as I type, to chill after just three hours sleep and a 3:45 am alarm call! 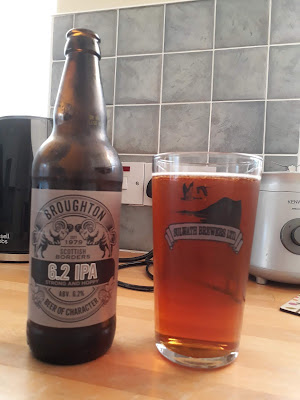 Being a birder of a certain vintage Little Egrets still turn my head so five feeding along the edge of the Esk was still noteworthy to me! A few waders were about including 43 Lapwings, three Redshanks, five Curlews, four Oystercatchers and 51 Dunlin.

On the passerine front I had ten Linnets, a Grey Wagtail, a Tree Sparrow, 15 House Sparrows, two Song Thrushes, five Whitethroats, three Willow Warblers and most interesting of all a Treecreeper in some scrub alongside the merse! 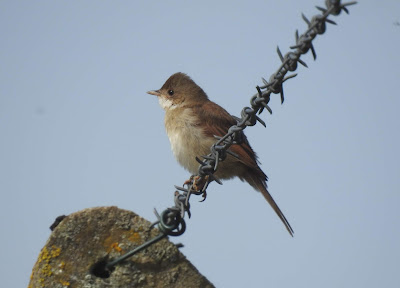 I was also impressed by the flock of 30 Goosanders which would be as a result of several families coming together. They drifted upstream on the incoming tide, with some of them coming ashore to preen. Just two species of raptor a male Sparrowhawk and a Buzzard, and other than a Stock Dove that was your lot.

There was plenty of butterflies about in the form of Small, Large and Green-veined Whites, Meadow Browns and Peacocks. 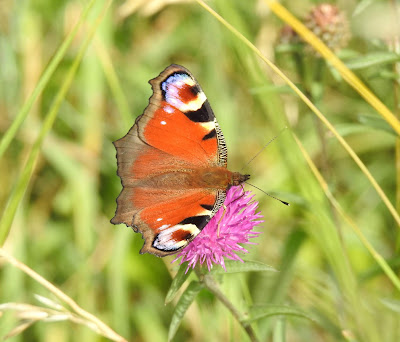 I've got another survey coming up in north Cumbria soon so another trip north of the border could be a distinct possibility, as if I needed an excuse.

I'm now on one of those Orkney ales I procured in Annan, a lovely pint of Corncrake. Quite apt for a birder!
Posted by The Hairy Birder at 22:00