It was cold yesterday morning when Gail and I headed to one of my survey sites in south Cumbria close to Grange-Over-sands, in fact there was a ground frost! We had clear skies with a 1 - 2 NW wind.

It was quiet amongst the trees except when a mixed Tit flock moved through with some carrier Warbler species. We recorded nine Robins, ten Blue Tits, three Willow Warblers, four Great Tits and two Chiffchaffs.

Ravens were numerous, well for Ravens anyway, and we had nine different birds fly over! A Chiffchaff sub-singing off site and a Buzzard was the best of the rest.

We decided to call at Foulshaw Moss on the way home, and I wanted to show it Gail as she has never been to this cracking reserve. If I lived a little closer it would certainly be one of my patches! 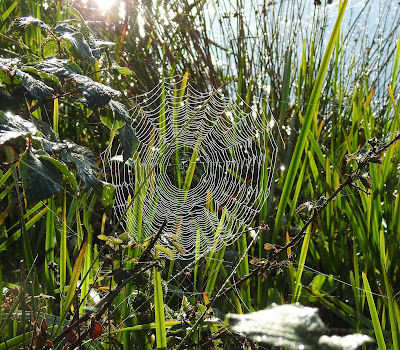 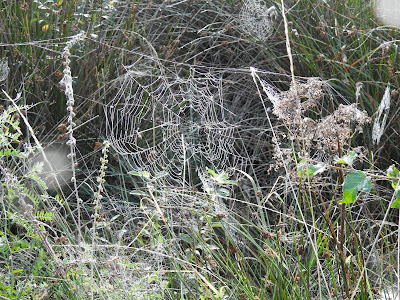 You can only view a small proportion of this mossland reserve, which is how it should be, but the boardwalk that takes you out on to the bog is enough to make sure that you get the whole mossland experience! Three Reed Buntings were flitting about, but the most numerous finch/bunting by far was Siskin. My notebook records fourteen, but there was probably at least four times this number as often we would hear them call and not see any. And we had two Lesser Redpolls too.

A few Meadow Pipits, Grey Wagtails and over demonstrated that there was some vis going on, even though the wind had picked up to a 2 - 3 NW since first light.

We had three raptor species this morning in the form of a female Sparrowhawk and Kestrel, and two Ospreys. We chatted to a local birder on the raised viewing platform and he said that the male was the male that breeds on the site, but the female was a visitor from Scotland, somewhere near Stirling to be exact based on the colour ring she had on.

Yet another Raven flew past and another lively Corvid, a Jay, flew the other way. Three Stonechats and a calling Water Rail were noteworthy, as were three Great Spotted Woodpeckers together in the top of a dead Birch tree; a juvenile plus a male and female. On our way back to the car park we flushed, it was impossible not to, twenty Teal from the pools. 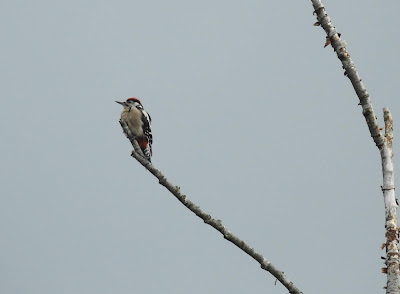 As I write it is pouring down outside and the forecast for tomorrow is for it to be just as wet! It looks like I might have to sample a few real ales this evening!
Posted by The Hairy Birder at 12:44