Yesterday morning Ian and I had a ringing session in one of the reedbeds at the Obs. At first light we had 6 oktas cloud cover with a light southeasterly wind. There was much promise given the wind direction but in the end it was fairly quiet. We ringed thirteen birds as follows: 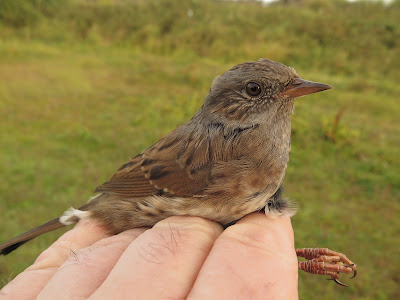 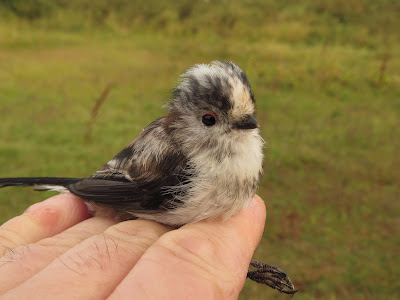 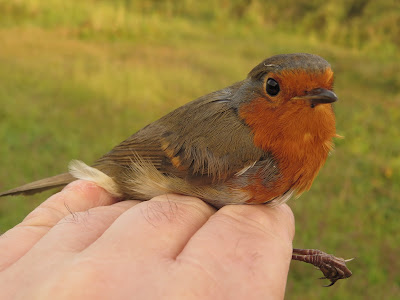 During the evening Ian and I headed to a different reedbed to hopefully ring some more Swallows coming to roost. The numbers of Swallows roosting had reduced to about 2,000 birds, probably as a response to the advancing thunder storms that came through during the early hours. Nevertheless we still managed to ring 42 taking the grand total of Swallows ringed this year to 677. It will be interesting to see how many Swallows are roosting Monday evening after a day of decent weather.
Posted by The Hairy Birder at 20:39