This glorious weather we are having at the moment, there I will have jinxed it now, is playing havoc with my social life (very little real ale being consumed) and also reducing the amount of time I have to update my blog and do other computer related stuff in the office, because it is allowing me to get out and do lots of survey work. I shouldn't complain! Anyway, what I'm trying to say in a roundabout way, is that I apologise for a lack of recent updates and the glorious weather is my excuse!

At the end of last week Gail and I carried out the second of the bird surveys at a site in North Lanarkshire, and unlike the first visit the weather was beautiful, and actually the site is rather beautiful too! Well, there was lots of warblers anyway! 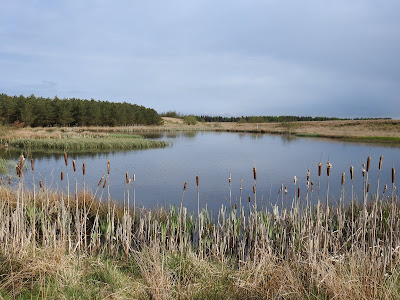 One of the pools at my North Lanarkshire survey site

We set off under 4 oktas cloud with a light easterly breeze. The site is a mosaic of lowland heath, unimproved grassland, pools and Birch/Willow scrub. So, perfect habitat for Warblers. Willow Warblers were the most numerous warbler species with 30 singing males, followed by two Blackcaps, 17 Whitethroats, seven Grasshopper Warblers, five Goldcrests, a Garden Warbler and two Sedge Warblers. 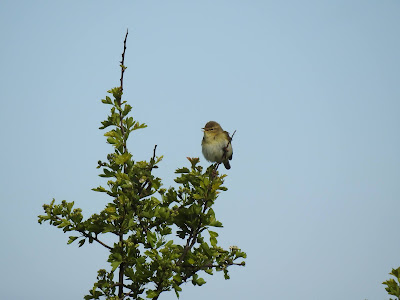 At weekend we undertook our second check of our Pied Flycatcher boxes in Bowland and rather pleasingly recorded nine active Pied Flycatcher nests, so an increase of two from last week. I managed to lift six female Pied Fly's off the nest (four new birds and two recaptures), so with the female I lifted last week that just leaves one female to lift, so that's pretty good.

A few boxes had pulli ready to ring, so we ringed nine Blue Tits and eighteen Great Tits. The Nuthatch was still sitting, probably brooding tiny young, so hopefully we'll have a box full of Nuthatches to do this coming weekend! 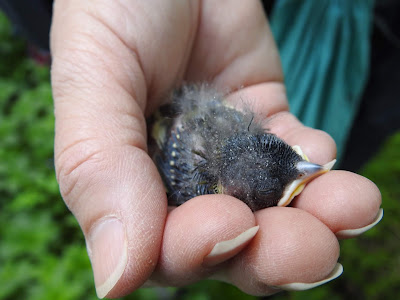 Monday saw me surveying one of my plantation woodland sites in south Cumbria with not a lot to report other than four Blackcap, three Reed Buntings and a Tree Sparrow of interest. I followed this by a visit to Foulshaw Moss for a couple of hours, before heading off on another site visit. 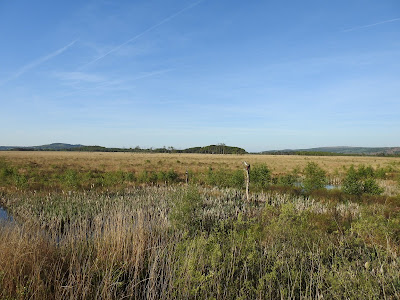 I always enjoy this site and it was good to see a few Common Lizzards basking on the boardwalk and a few White-faced Darters on the wing. Bird interest was provided by five Sedge Warblers, five Lesser Redpolls, nine Willow Warblers and Osprey. 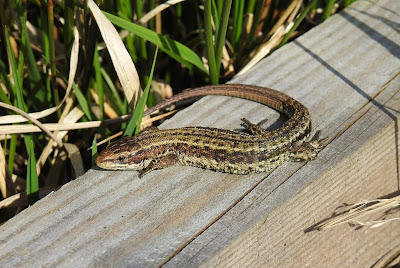 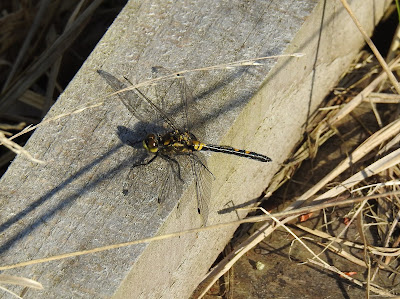 Day five, of 5 in 1, was another one of my plantation woodland survey sites, this time in the North Pennines. Nothing much to report, other than it was a glorious morning, and a pleasure to be out. If you were to push me to report something that I recorded it would have to be the four Willow Warblers, two Song Thrushes, Stock Dove, confiding female Pied Wagtail (see picture below), two Curlews, Brown Hare, Siskin, two Lesser Redpolls and singing Redstart. 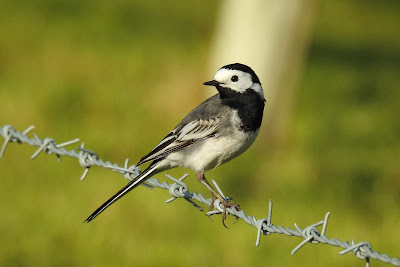 Cumbria tomorrow, back to North Lanarkshire on Friday and boxes again at weekend; it doesn't stop!
Posted by The Hairy Birder at 20:37

Seems early for the darters? Love them...

They are cracking beasties Stewart. I wonder if we are a bit earlier down here? I was there again on 28th May and had a few more, including a pair mating. Cheers!