Back At The Boxes

Over weekend Gail and Me were back checking our boxes in the Hodder Valley. As you will know the primary aim of our nest box scheme here is to provide nest sites for the red-listed Pied Flycatcher. 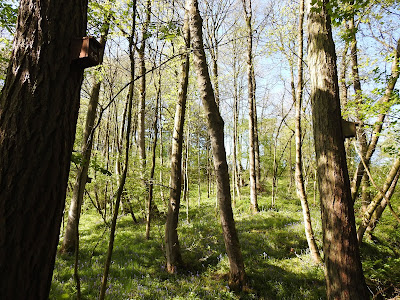 We have 41 boxes up at this site and during our first check over weekend we had seven boxes occupied by Pied Flycatchers, all at various stages of egg laying. Most were still in the process of laying and hadn't completed their clutches and started incubating yet, but one female had. I lifted her off the nest and she was ringed. I checked the ring and found out that I had ringed her from a box at this site in 2017 and she was a second calendar year bird then, making her three years old now. Just to think she has flown to and from central Africa three times, or to put it another way, made six crossings of the Sahara desert! 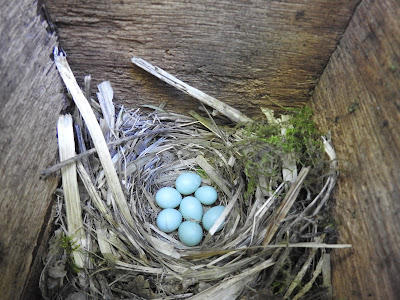 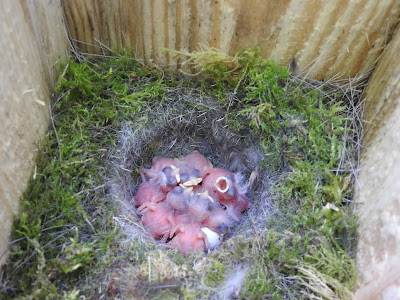 Close to where we parked the car a pair of Oystercatchers had nested on top of a low livestock building and had at least two chicks. At the moment the adults will bring food to them, one of the few wader species to do this, the other being Snipe, but in a few days they will have to leap off the building and forage themselves alongside the adults! 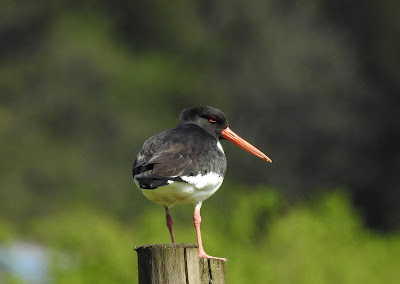 I ran the moth trap in my garden last night and all I caught was a single Light Brown Apple Moth! Mind you it was cold!

I've got surveys all this week, weather permitting, including one in north Lanarkshire that will entail a 2.30 am alarm call; ouch!
Posted by The Hairy Birder at 15:36