It was a good vis morning this morning, or should I say it was on the coast where Ian was located, but even over the Nature Park where I was, there was quite a bit of vis, or at least I was hearing a variety of species even though I couldn't see them high up in the stratosphere. More of that later!

Ian and I have been working with Lancashire County Council at the Nature Park, within the Obs recording area, advising on some habitat management works to help improve the biodiversity of the site. Yesterday morning contractors started working on one of the shallow pools, with the aim to open it up by removing the non-native invasive New Zealand pygmyweed Crassula helmsii and areas of encroaching Common Reed. This will make the site more suitable to passage waders and wintering wildfowl.

I visited the Nature Park to see how the contractors doing the work were getting on, and they are doing a cracking job. It should all be finished by the weekend, and then it will be a case of monitoring and seeing how the birds utilise the newly created pools. I've included a few pictures below of the work in progress. 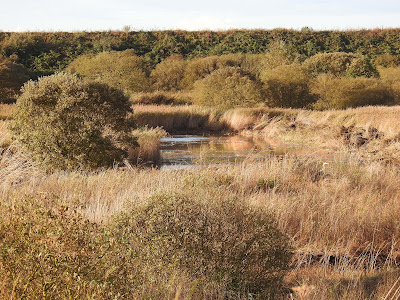 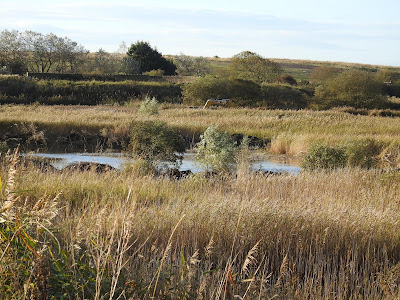 I was only on site for just over an hour and I mentioned that there was some vis. I had lots of registrations of calls, but as the birds were so high I couldn't see them, so the totals produced here are actually quite meaningless, but nevertheless on vis I had eleven Skylarks, four Greenfinches, seven Meadow Pipits, nine Reed Buntings, seven Chaffinches, 730 Pink-footed Geese, six Siskins, 163 Jackdaws, a Rook, a Snipe and three Goldfinches. 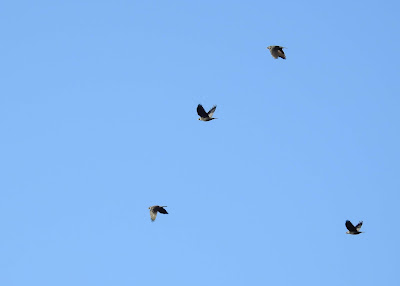 Some of the Jackdaws (above & below) 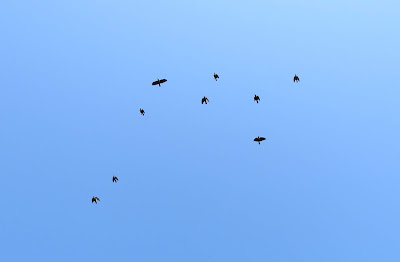 I counted the wildfowl and allies on the pools and there were 45 Coots, ten Tufted Ducks, 23 Mallards, three Mute Swans, three Moorhens and a Little Grebe. Other bits of interest included a Goldcrest, a Water Rail, a Raven and a singing Cetti's Warbler. 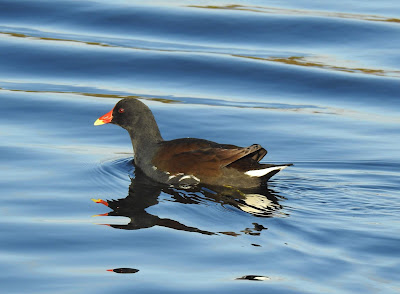 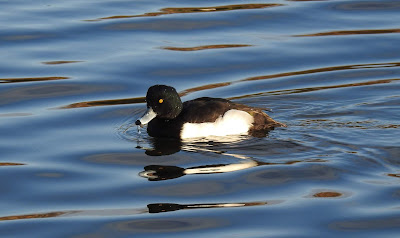 The forecast is looking okay for ringing this weekend, and next week high pressure is building and hopefully bringing in more calm conditions suitable for the arrival of some more autumn migrants. Fingers crossed!
Posted by The Hairy Birder at 12:22