I had checked three forecasts for yesterday morning and they were 2-1 against it being fit for ringing at the Obs. Yesterday morning dawns calm and bright! Had I slipped up? I thought so at the time, but maybe not. I used to rely on the BBC weather forecast and when they got their data from the Met Office they were pretty good. Now they get their weather data and forecast information from a Dutch firm, I think, and it has never been the same. However, the one forecast yesterday morning that suggested it would be fine for ringing was that of the BBC! So, what do I know?

Like I said before, yesterday morning dawned clear and flat calm, although the wind did pick up to a well, err, 5 mph NNW after about an hour! On my way to the Point I called in at the Cemetery, although the weather indicated that it might be more of a 'vis' kind of morning I thought there might be half a chance of a Yellow-browed Warbler, but there wasn't. From a grounded perspective all I had were nine Robins and a couple of Goldcrests.

At the Point I was hoping for a decent passage on vis, particularly after the 'blocking' rain that we had yesterday. It was as clear as a bell out in the Bay, as you can see from the pictures below, but there was very little movement. Without doubt there would have been some movement high up, beyond the range of my hearing and sight, but even still I would have expected to pick up some of the lower birds if there had been a good movement. 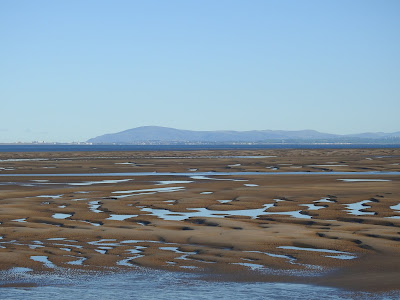 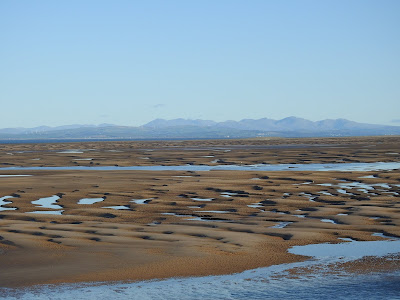 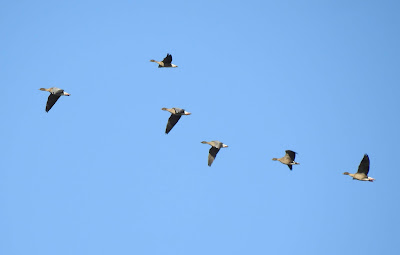 The sea was actually quieter with just seven Eiders and an Auk sp.! What's going on? A pair of Stonechats in the dunes were a pleasure to watch as always, and that was it!

I then went to the old Quay to see if there was any butterflies about and I had a Red Admiral and three Painted Lady's. A Little Egret, Peregrine and another Goldcrest filled a handful of lines in my notebook. 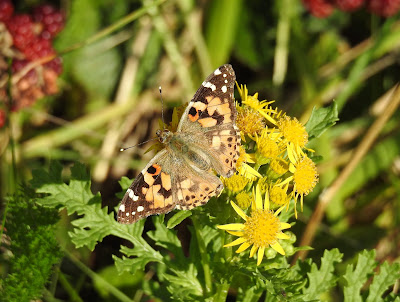 Fingers crossed for some decent weather over weekend!
Posted by The Hairy Birder at 20:26