Blowing The Cobwebs Away

I don't know what it was like in your neck of the woods, but the weekend immediately before Xmas, Xmas day and Boxing day were awful up here in Lancashire! I normally like to get out birding on Xmas day, to try and kid myself that a sense of normality prevails, but the weather put paid to that. So today was my first opportunity to get out, and I headed west Lancs way to do a winter bird survey for work. 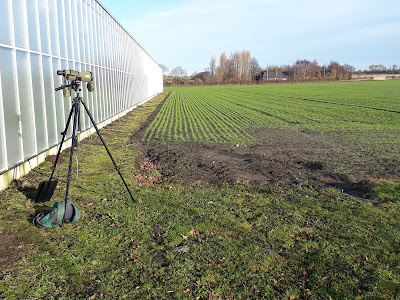 Tools of the trade.

I had virtual clear skies, but that north-northwest wind was a tad chilly! I didn't really record much but it was good to get out and blow the cobwebs away. I only had a few Pink-footed Geese this morning, but expected more, with just two parties of 200 and 5 respectively.

The most abundant species I recorded was Woodpigeon, Jackdaw and Black-headed Gull, with 193, 221 and 132 of each. I had a few Stock Doves with the Woodpigeons, somewhere in the region of 15, and the only raptor was a single Buzzard. A covey of twelve Partridges quickened the pulse until I got on them and saw that they were just Red-legged. A covey of twelve Greys would have been nice indeed. 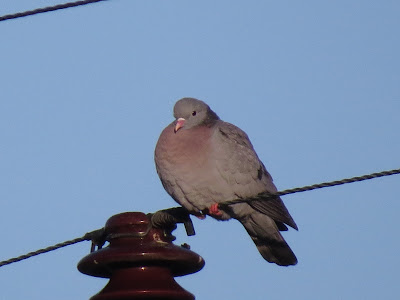 I've no surveys tomorrow due to the weather where they are, so hopefully I'll get out birding locally.
Posted by The Hairy Birder at 20:54