At weekend Alice and I ringed only two birds at our Bowland ringing site, but it was a pleasure to be out. The weather wasn't bad, with 7 oktas cloud cover and a light south-easterly wind.
Unloading the gear from my car and heading to the area where we put the nets up, there were a few migrants singing, including two Blackcaps, a Chiffchaff, a Willow Warbler and a Pied Flycatcher from the wooded valley. 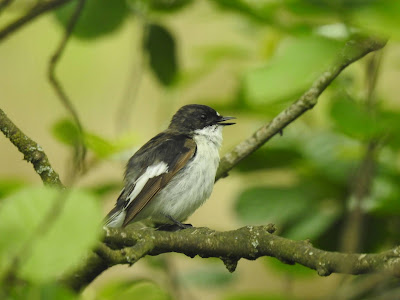 Pied Flycatcher
We caught and ringed a Blackcap and Willow Warbler on the first net round, and recaptured a Goldcrest and Wren, but that was it from a ringing perspective for the morning. 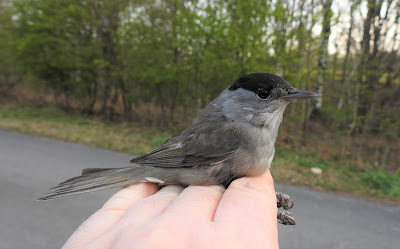 Blackcap
A few Brown Hares were good to see moving along the track and through the woodland. Two Lesser Redpolls feeding on top of Birch trees gave us hope that there might be a few on the move, but we had no luck with them. 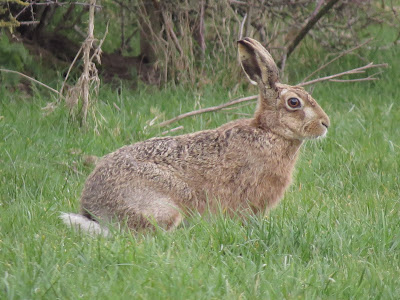 Brown Hare
Talking of Lesser Redpolls, Ian has managed to ring 75 over the last three mornings from his garden within the Obs recording area!
I've got local surveys this week, and a trip to the Humber again, so I'll let you know how I get on.
Posted by The Hairy Birder at 09:18