After the excitement of a Coot on my woodland patch yesterday it was back to reality this morning with a trip to my feeding station. That sounds like the birds that I see at my feeding station aren't that exciting, they are, and I never tire of seeing them.

At the moment on the farm where my feeding station is located they shoot every Wednesday and when I feed on Thursdays, like today, it is always very quiet and this will be because of disturbance. There were only 57 Tree Sparrows and five Chaffinches this morning, but there was a respectable nine Yellowhammers.

In the field close to where I park were 1,200 Black-headed Gulls with some Common Gulls mixed in. Every time I tried to count the Common Gulls they all kept getting flushed by the sheep running about, as did the 90 Lapwings, so I gave up in the end. 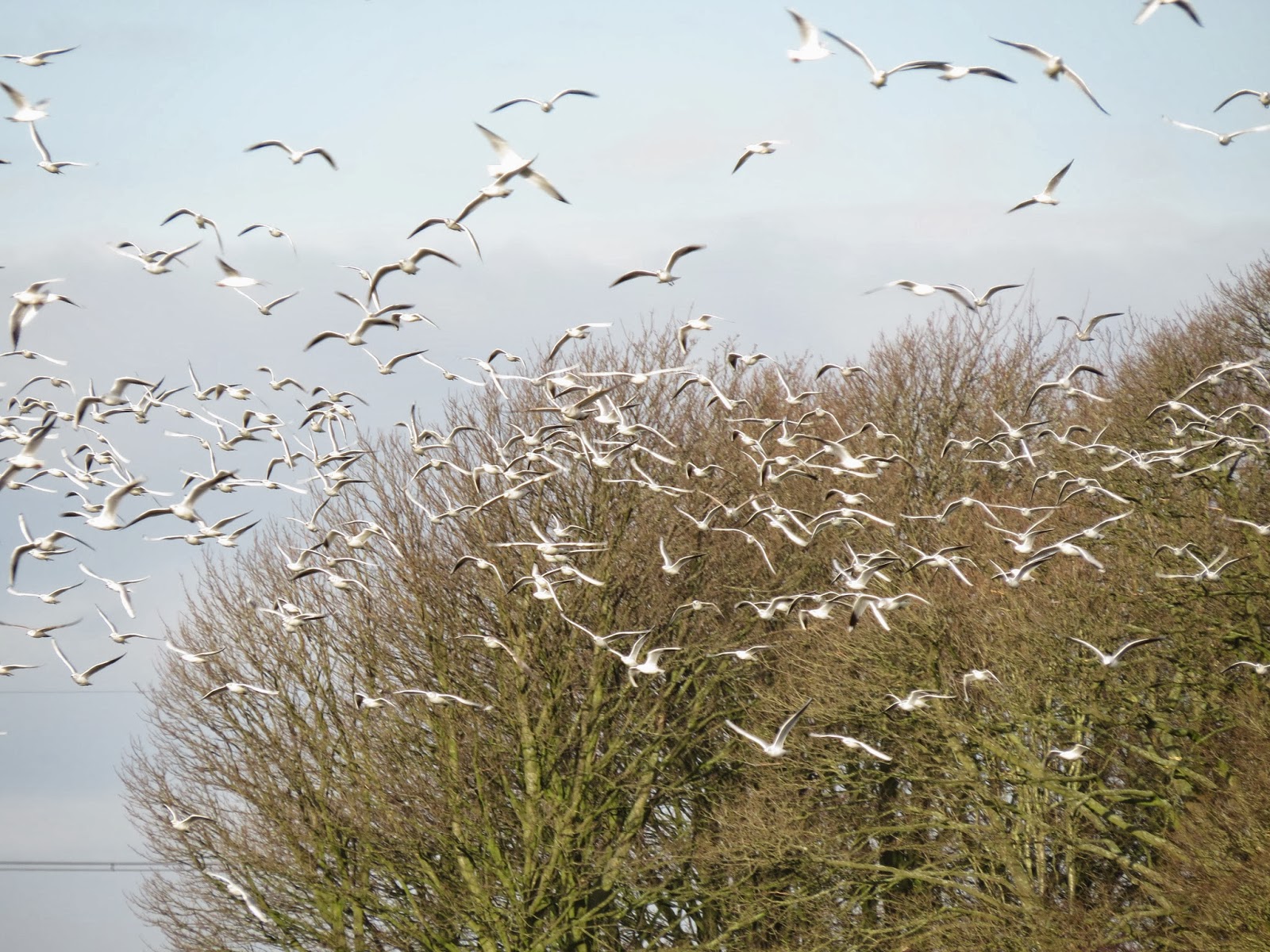 Seven Fieldfares went over, as did seven Linnets and I recorded two Buzzards associating with some woodland. The only other raptor I had was a male Sparrowhawk and shortly after watching the 'Sprawk' I put two Grey Partridges up.

On my way home I had a look on the river and all I had were nine Shelducks. The tide was in so the river was full and it isn't as good as when the tide is out and the river is low.

If it isn't wet tomorrow morning I might have a quick hour looking at the sea before I start work. I'll let you know if I do.
Posted by The Hairy Birder at 15:22