Cold on the Coast

One of the problems of all this mild wet weather we've been having is that it makes you a bit soft, so when you get a frost and a keen southeasterly wind like this morning you certainly feel it!

I joined Ian at first light at the Point and for the next couple of hours we had a look on the sea and it was relatively quiet. Our totals included 216 Pink-footed Geese north, 11 Common Scoters west, eight Red-breasted Mergansers, 32 Cormorants, 13 Eiders, three Great Crested Grebes, four Red-throated Divers, an Auk sp., two Shelducks and an adult Kittiwake following a boat full of anglers heading in to the Bay.

When the waders weren't getting flushed by dogs we counted 202 Oystercatchers, 167 Sanderlings, 86 Turnstones and 44 Ringed Plovers. 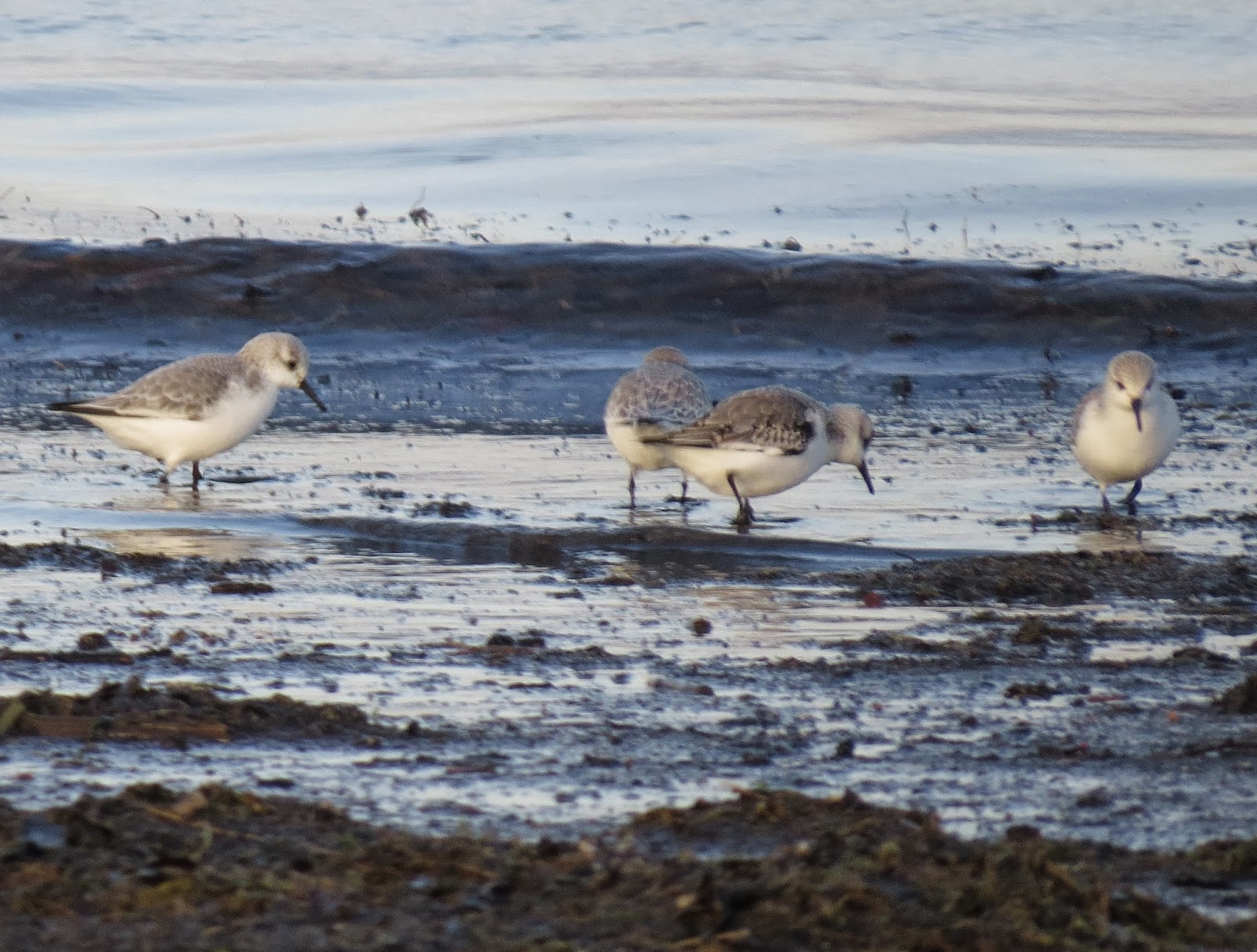 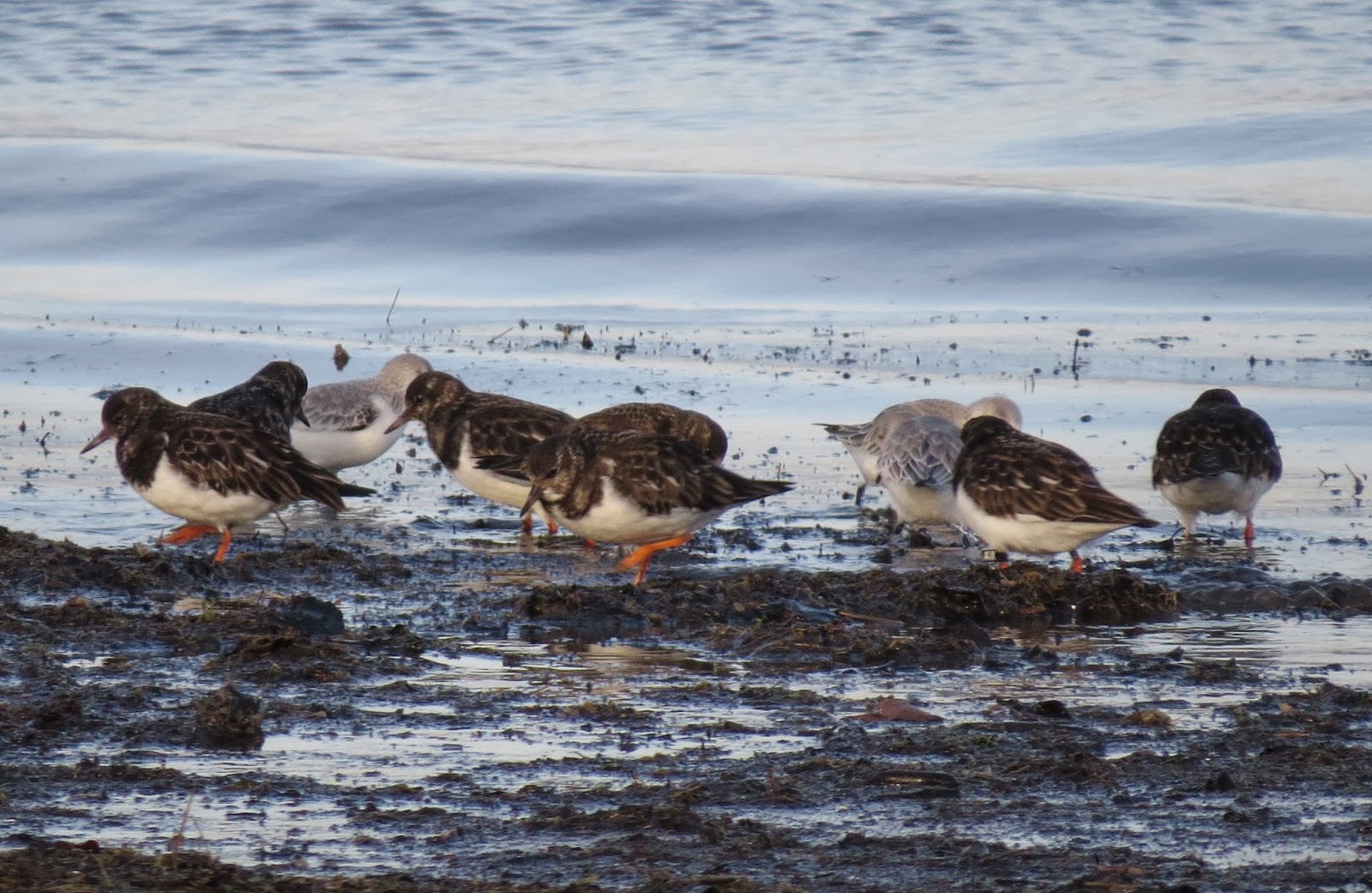 However the best bird of the morning was saved until last in the form of a magnificent second calendar year Glaucous Gull. Ian picked it up on the river sat on some mudflats and it kept on flying short distances upstream before flying round giving us excellent views of it's large ghost-like form. Nice!
Posted by The Hairy Birder at 20:40

Another Ian (Hartley) had a 2w Glaucous Gull flying south past Plover Scar at Cockersands this morning 11.00am. Sounds like the same bird don't you reckon Seamus.

It could be Pete, although Ian first had the Glaucous on 11th Jan.