I always seem to be playing catch up after being out birding as there are so many places that I need to enter/update with my sightings. On Friday (4th) I called briefly at my feeding station and there were good numbers of Tree Sparrows, 215, plus 22 Chaffinches and a single Yellowhammer.

Yesterday I was out on the estuary with Ian and although we had a fair few species it was fairly quiet out on the mudflats. We had virtually clear skies with a 15 mph southeasterly wind that was quite biting at times. I made a 'school boy' error when I arrived and parked up as I had forgotten my note book and had to go home for it! Luckily I only live four minutes drive away so it didn't hold me up too much. I just can't bird without my notebook and would actually rather go without bins or a scope than without my notebook!

Walking along the path through the Hawthorns 145 Pink-footed Geese flew over very high and were heading north and we had a further 115 on the estuary. A Grey Wagtail went over and we recorded a Kestrel and Rock Pipit before arriving at the reservoir alongside the estuary. On the 'res' were seven Pochards, six Little Grebes, 17 Coots and 13 Tufted Ducks. 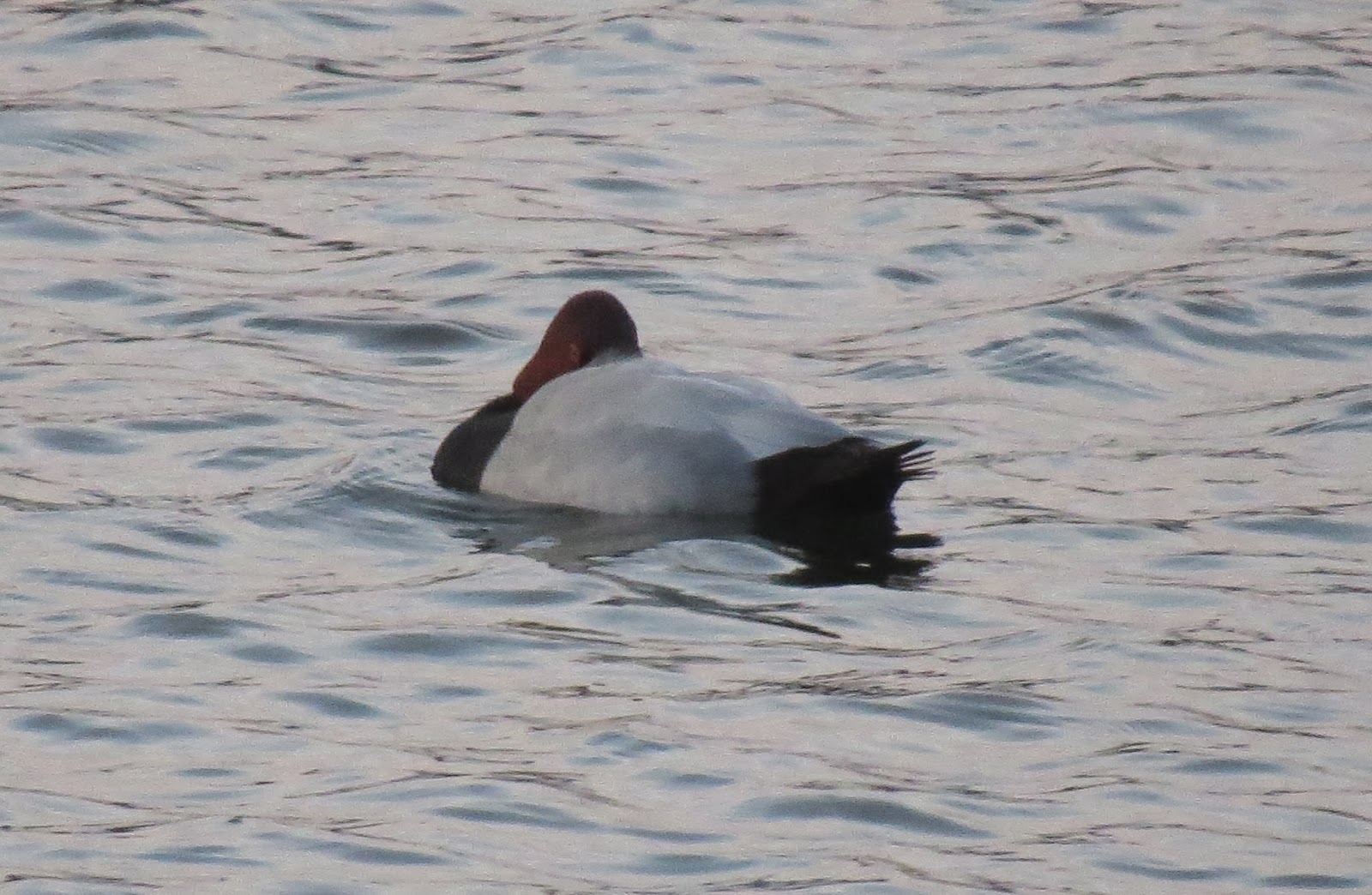 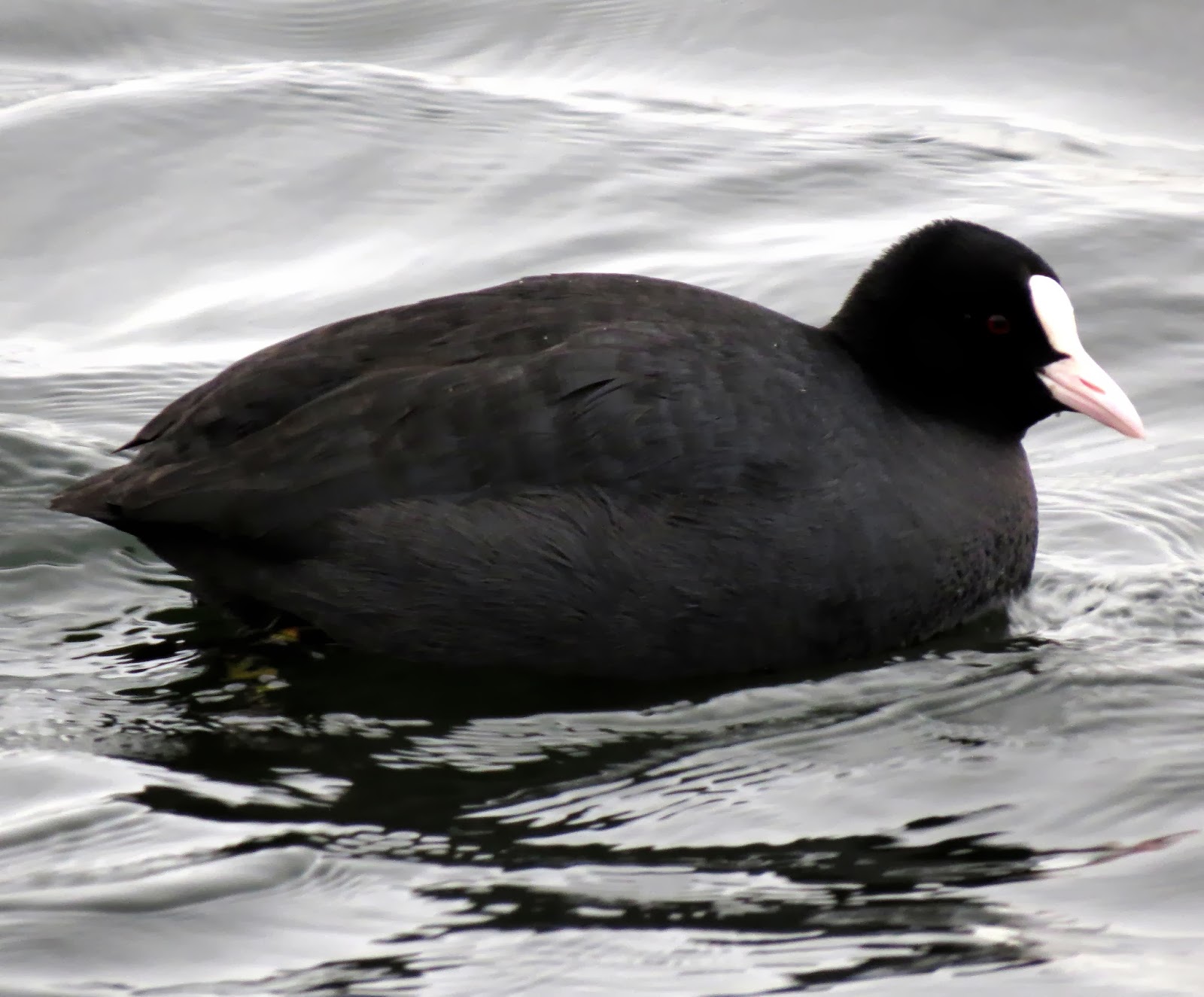 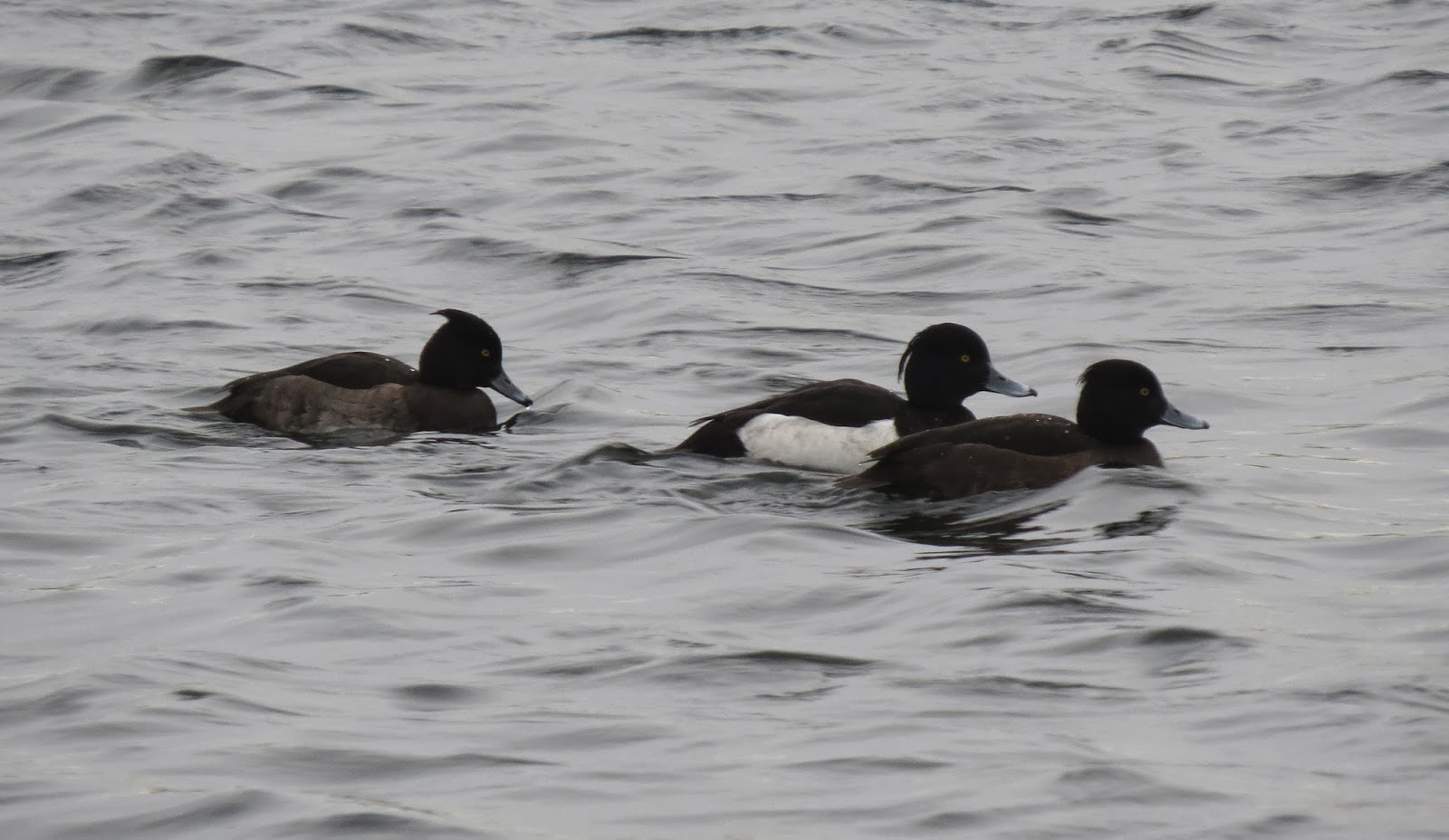 We then had a look on the estuary and recorded 100 Black-tailed Godwits, 165 Lapwings, 354 Teal, 208 Wigeon and 16 Shelducks. After that we went our separate ways and I headed to the pools and reedbeds. Driving down a Water Rail flew across the road and walking through the reeds I had another one calling. Out on the pools were 35 Coots, ten Tufted Ducks and two Pochards. 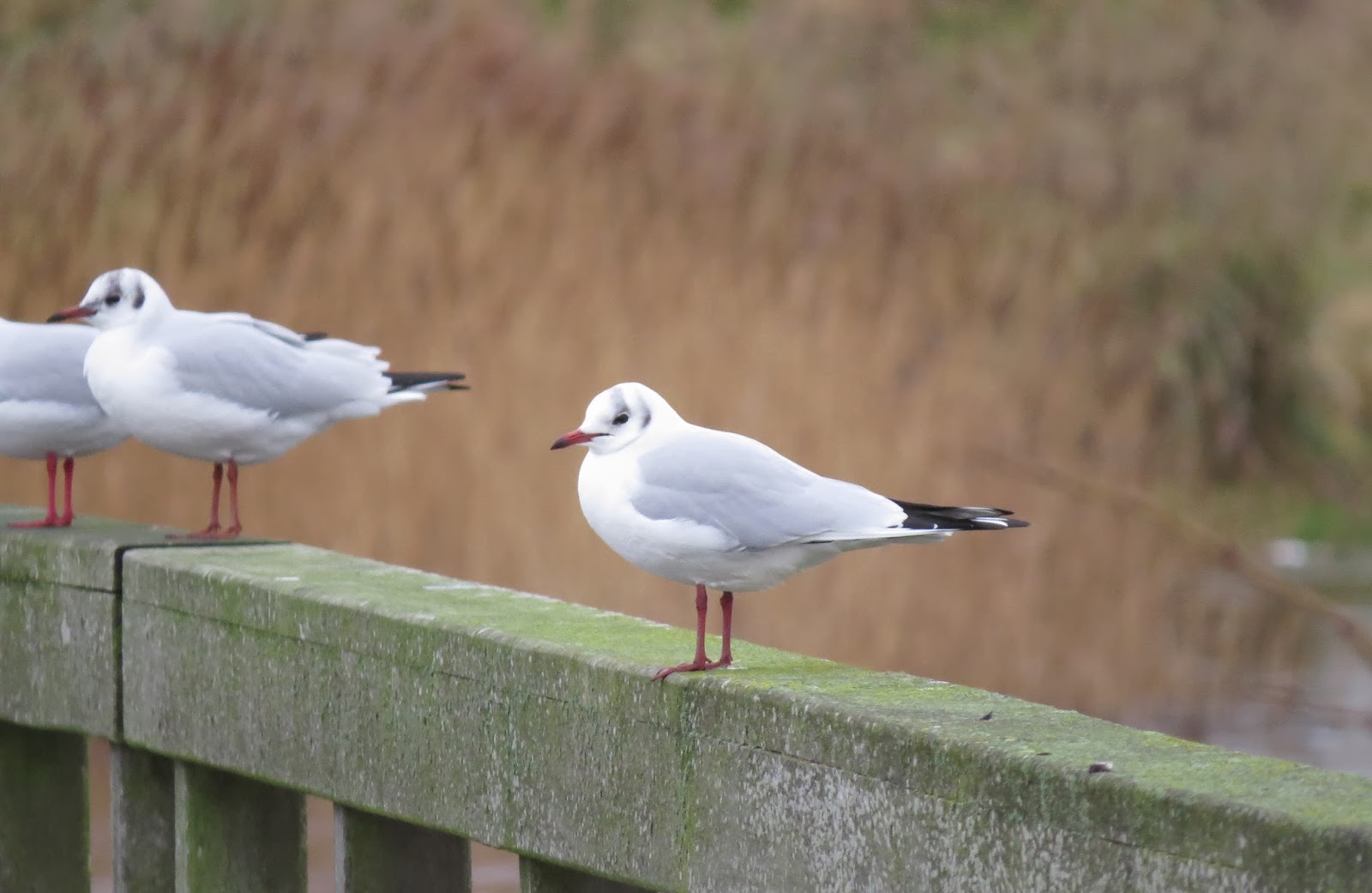 There were quite a few Gulls bathing on the pools including the
Black-headed Gull above and Herring Gull below. 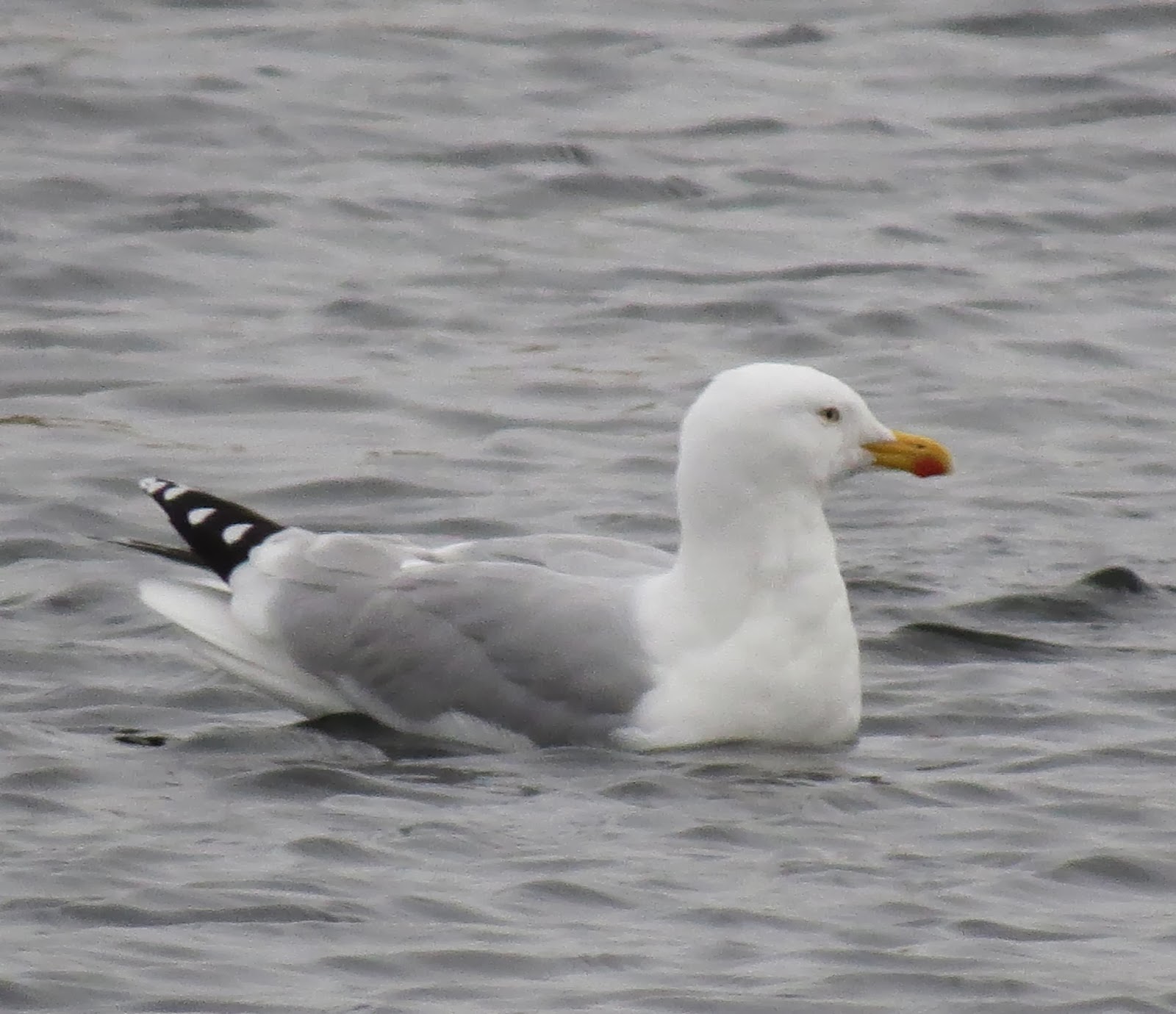 I then moved on to the local wood but it was very quiet and all I had of interest was a party of six Long-tailed Tits. It's all work and no birding for me today but I have to call at my feeding station tomorrow and also my site visit in the Wenning Valley tomorrow can produce a few birds so I should have something to blog about!