All Green and Grey

After yet another leisurely Latte in Booths, and calling at the local agricultural college to pick up the waste bird seed from the aviaries, I headed to my feeding station to undertake a 'seed drop'. I had virtually clear skies with a 15-20 mph westerly wind, but it was a beautiful day.

On the flood the regular Green Sandpiper was still there with the 'becoming regular' Grey Wagtail, and lending them some company was a cracking male Pied Wagtail. Just by the barn I came across a flock of 30 Chaffinches feeding around some muck heaps on some maize stubble, but no sign of the Linnets from last week.

As I headed off down to the feeding station I thought at first that perhaps the Tree Sparrows had dispersed as I only had one or two, but then they started to fly in and I realised that probably something had flushed them just prior to me arriving and they had flown up the '97 Hedge'. In the end I still only had twenty, but more were arriving as I left. There were also two Yellowhammers, a few Chaffinches and Tits too.

As I watched four Stock Doves fly over I picked up 120 Lapwings on the stubble field and decided not to bother walking along the 97 Hedge in case I flushed them. Also on the flood at the end of the track were eight Shelducks and another Green sand. As I headed back to the car about a thousand Pink-footed Geese lifted from the west fields and two Buzzards went over calling. 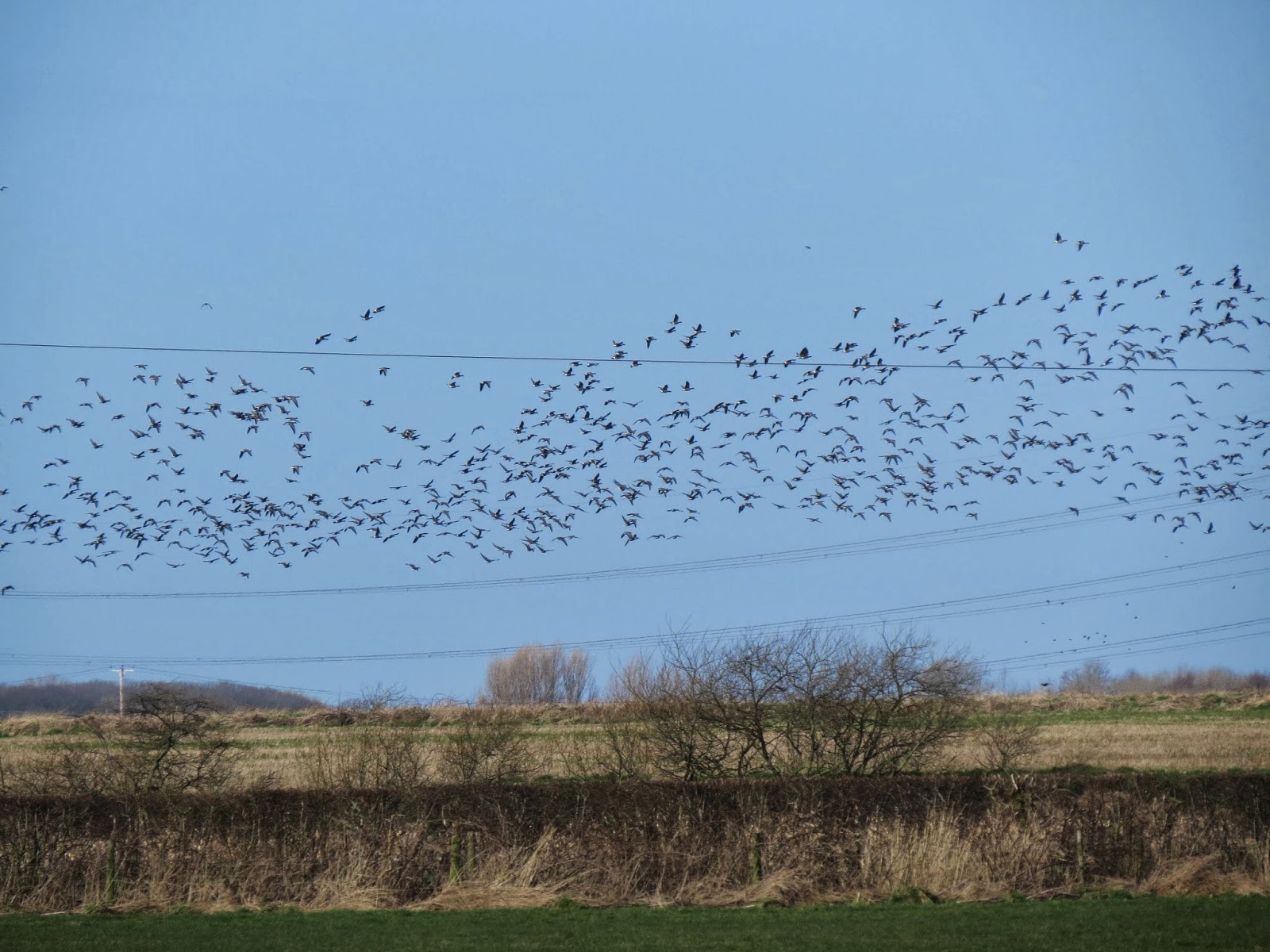 As I drove off site a flock of 23 Corn Buntings were on telegraph wires above some stubbles and a few dropped in to the hedge and I managed to get a couple of shots of one of them. 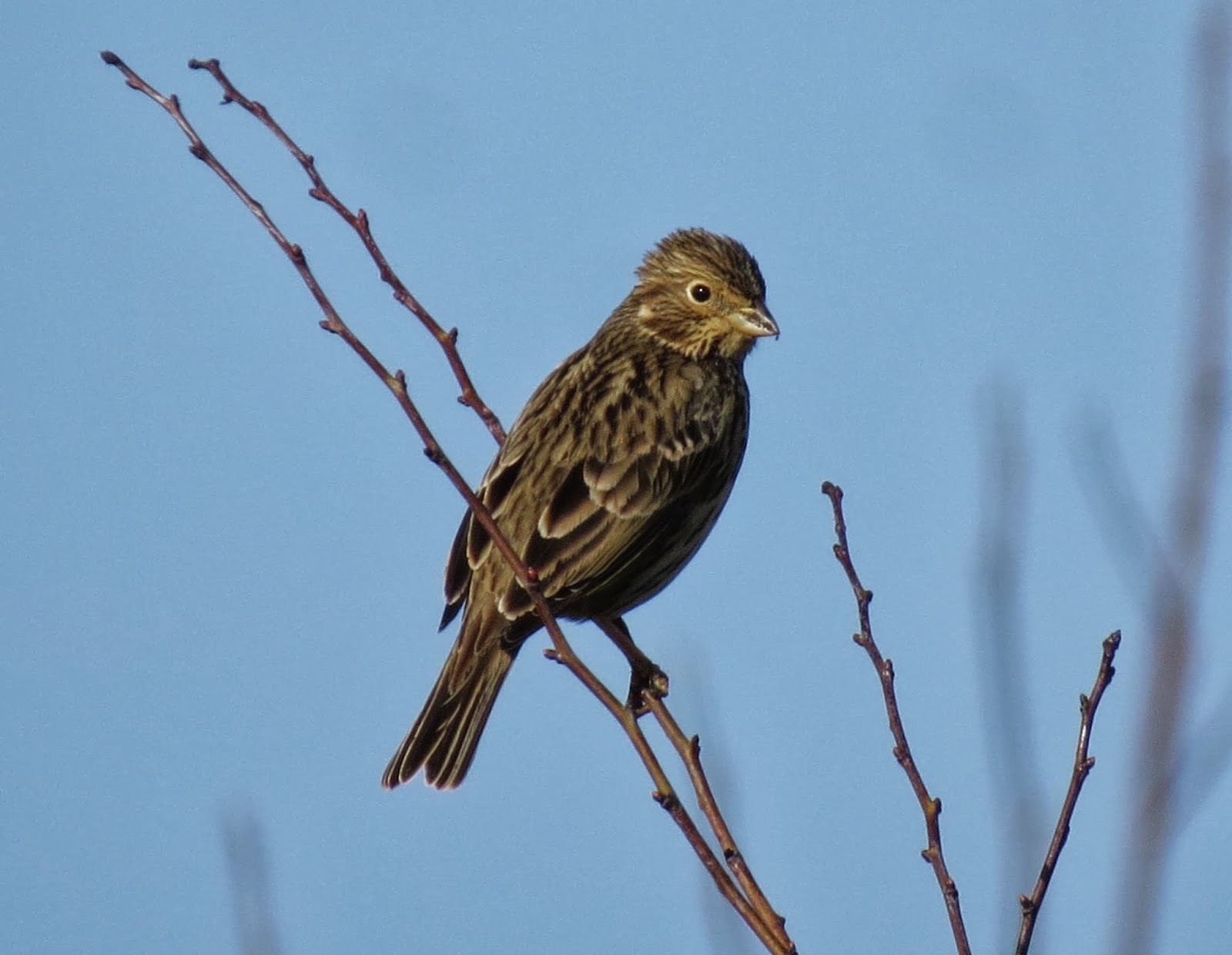 Corn Bunting (above & below) 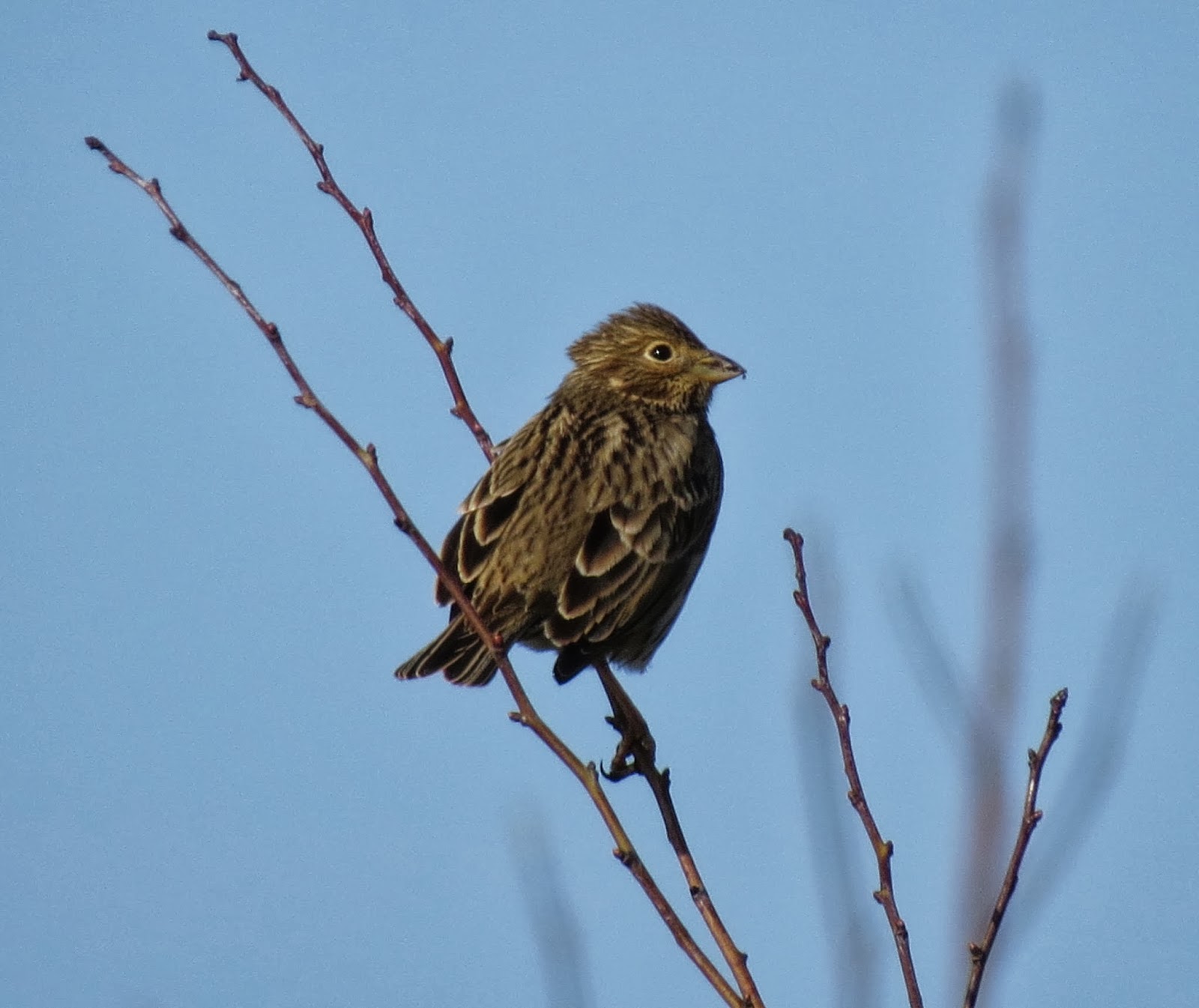 Fingers crossed I might have some ringing news for you tomorrow!
Posted by The Hairy Birder at 20:52