Driving to the Obs on Saturday morning I could see dark clouds to the west and it started raining. Now, I have nothing against birding in the rain, and at certain times of the year (Spring and Autumn) it can lead to the best birding, but not in early Feb! In addition to this it is very exposed at the Obs and there is nowhere to get any shelter. Out towards the east it was bright and clear, so I headed east instead to the Moss to my feeding station. Even just a few miles inland it was a good deal colder and as I drove on site I encountered frozen puddles and a frost. The wind form the southeast was biting, but I was determined to have a good wander round.

I was surprised to find the Green Sandpiper on the flood and on my way off site I took a few shots of it and you can see the results below. 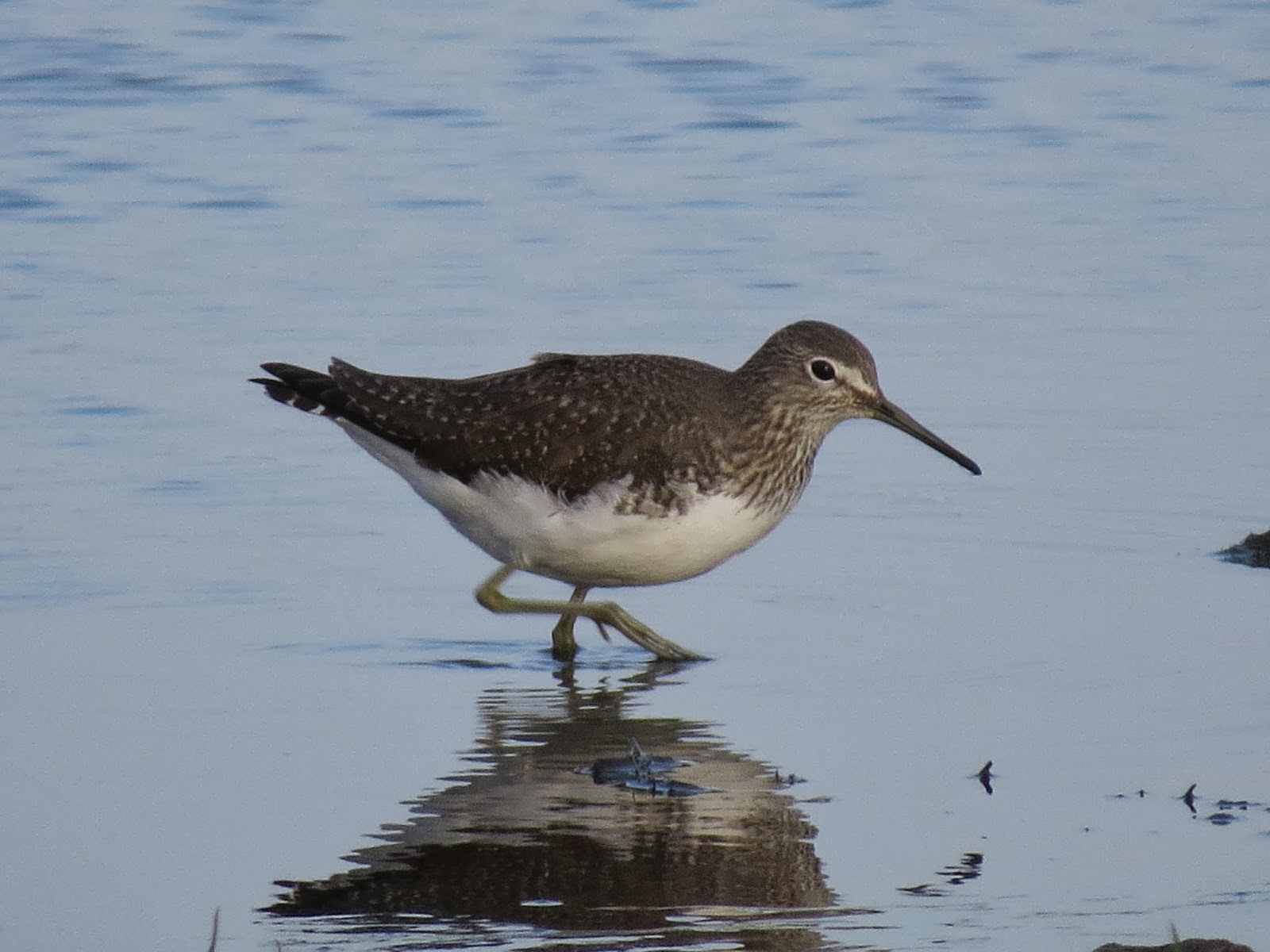 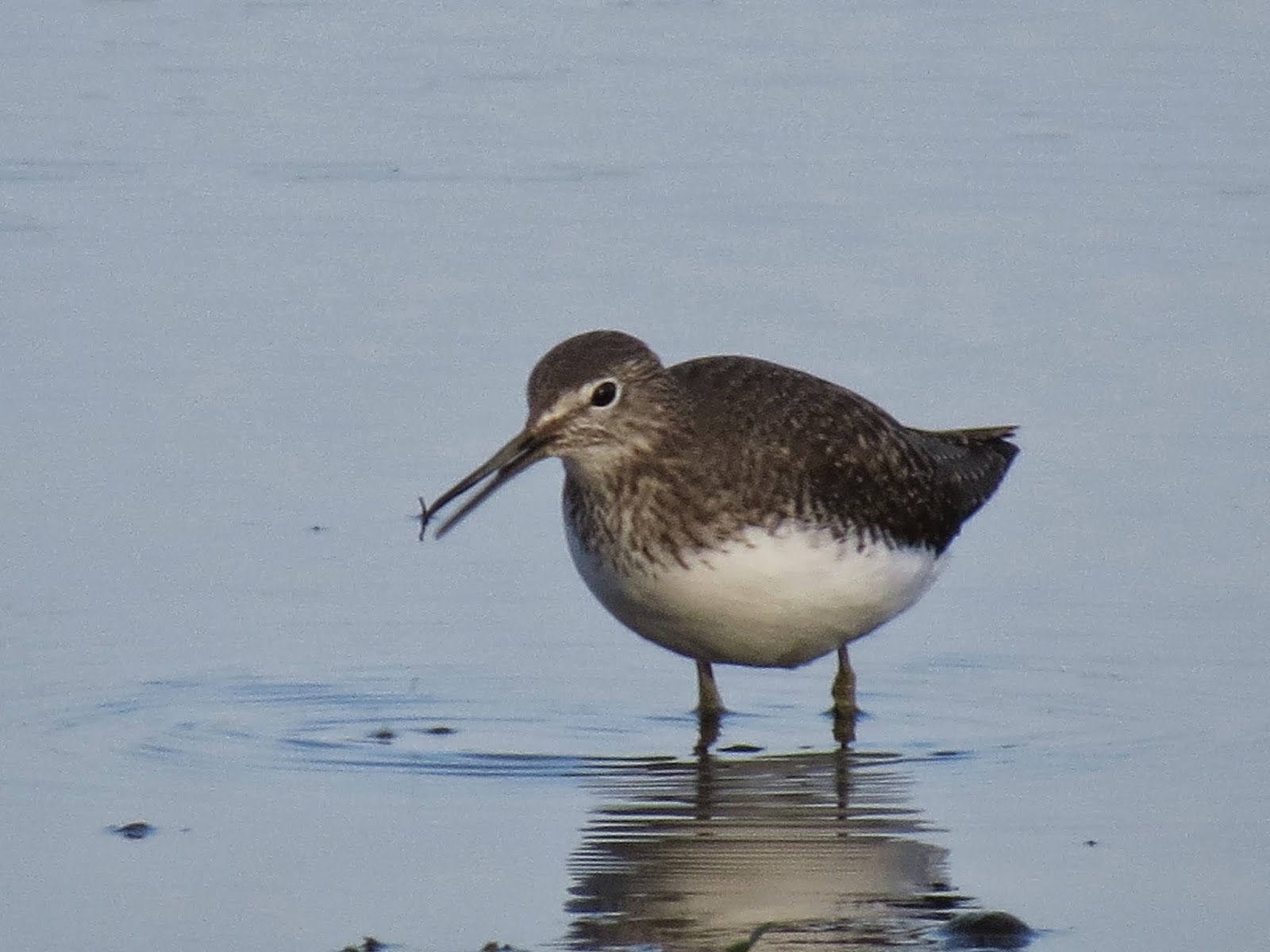 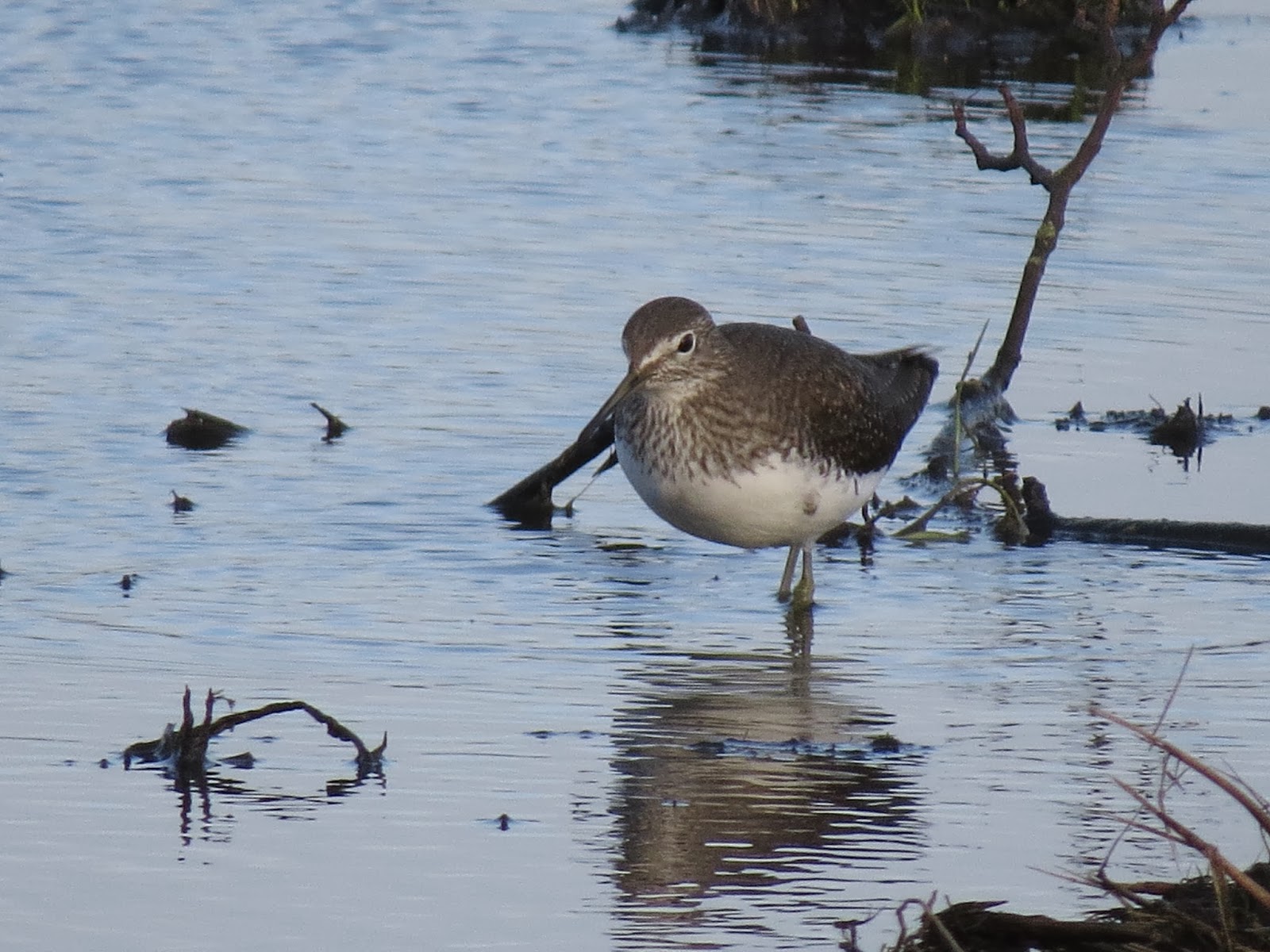 As dawn turned in to daylight skeins of Pink-footed Geese were going over heading south and I could see they were dropping in to feed on some fields just to the south of where I was. In total I had 760 go over. At the feeding station were 19 Chaffinches and 123 Tree Sparrows. I then headed north up the '97 Hedge' and on to the plantation.

The plantation yielded very little other than three Song Thrushes and heading back towards my car I came across a flock of Starlings carrying 30 Fieldfares. Back at the car something had spooked, raptor presumably, all the birds to the west and 230 Lapwings lifted into the air.

As I drove off site I came across a further 30 Fieldfares and 14 Redwings, again feeding with some Starlings and snapped the Blue Tit below as it fed in the lower branches of a mature Sycamore. 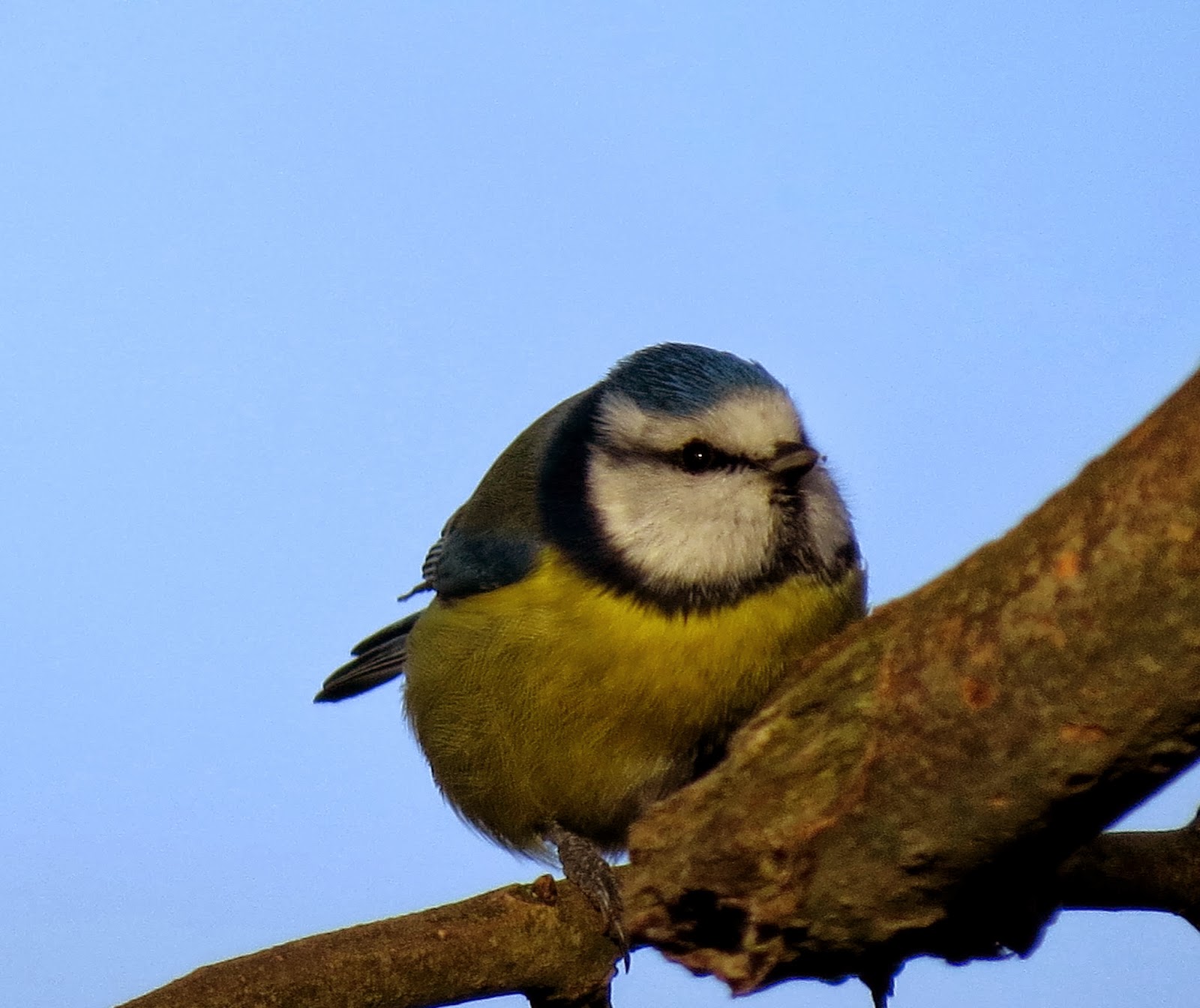 A quick look on the river driving home produced a pair of Goosanders out of the water preening in the sun. 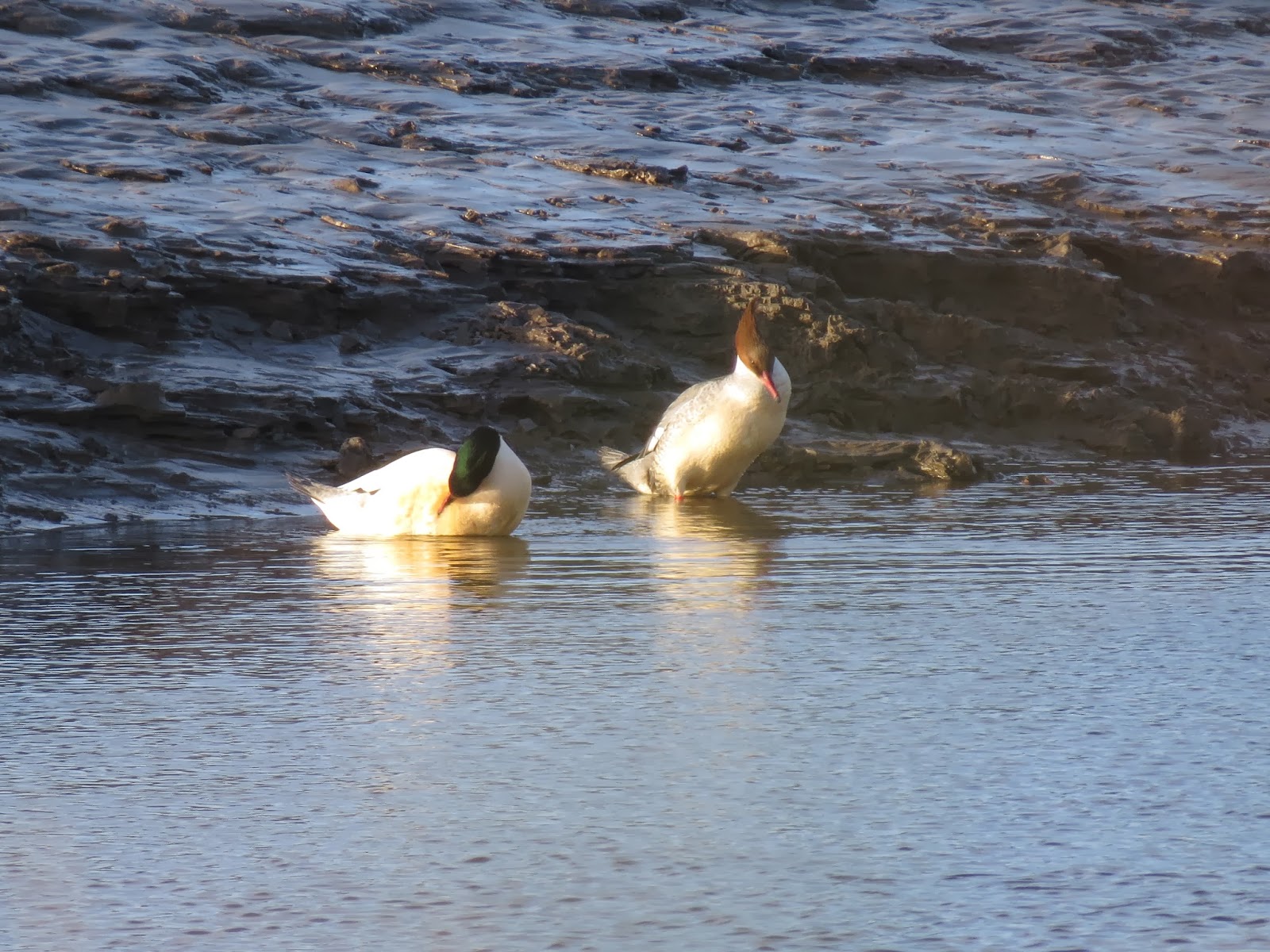 Goosanders
Posted by The Hairy Birder at 10:16