In addition to the first birds singing on territory over the past few weeks I had a few more signs of Spring this morning when I called at my feeding station in the form of displaying Lapwings and a drumming Great Spotted Woodpecker. It had rained quite hard earlier as I took a leisurely Latte in Booths and I was glad that by the time I got to my feeding station it had brightened up and the sun was shining.

There's definitely been a reduction in birds using the feeding station and just like a couple of days ago this morning was no exception with just a single Yellowhammer, two Chaffinches and only 13 Tree Sparrows. At the end of the feeding station the stubbles are flooded and as I approached this flood a Green Sandpiper got up and this was in addition to the usual bird with a Grey Wagtail on the usual flood. On occasions over the Winter I have recorded two birds. 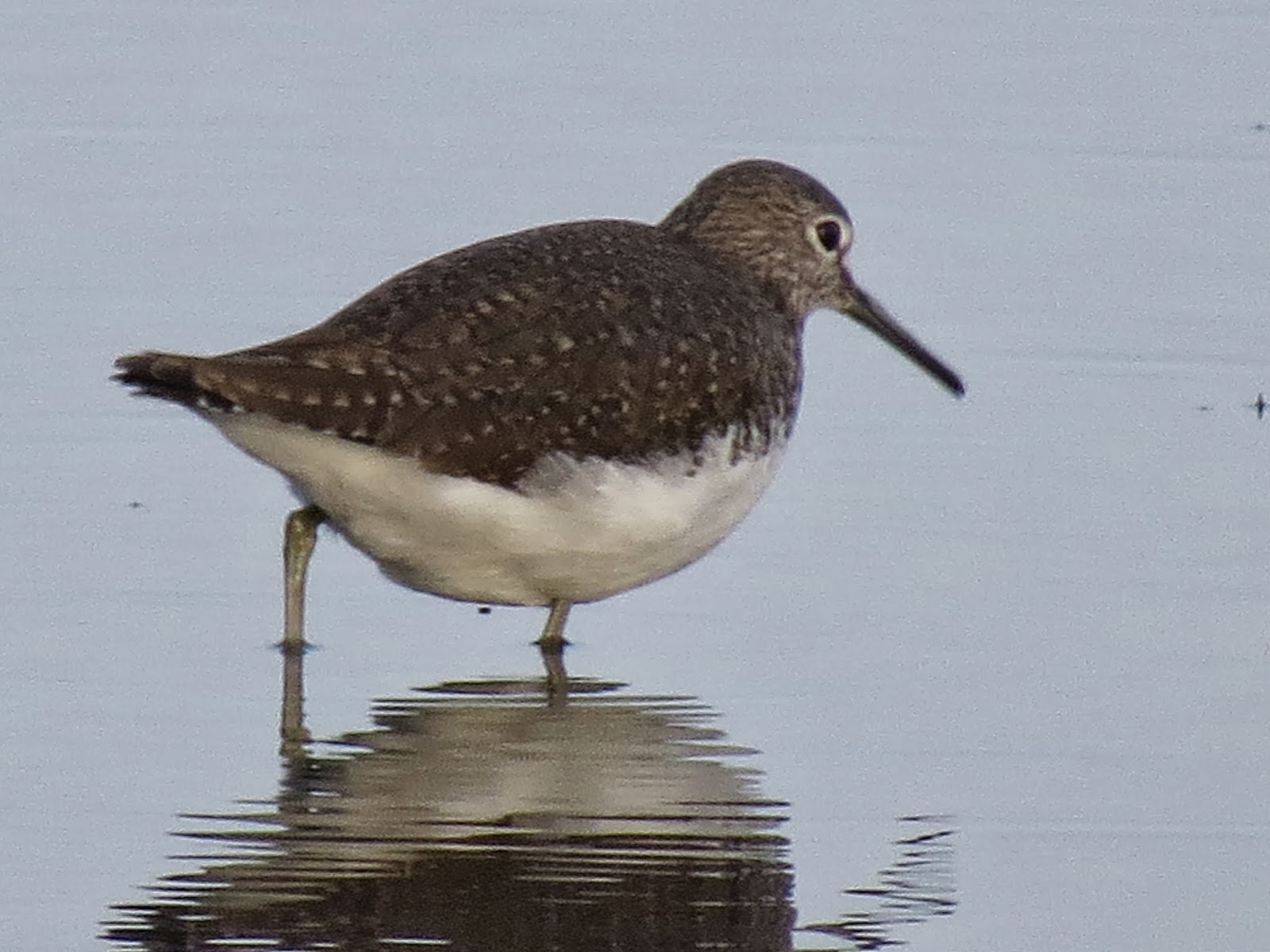 Driving off site I came across a large flock of Linnets totalling 150 birds, which is as big a flock as I have seen some time. Two Buzzards thermalled in the warming air and I added a further nine Yellowhammers and five Corn Buntings to my red-listed farmland bird total.
Posted by The Hairy Birder at 13:24

A sad picture reflected everywhere now Warren. We still hold on to some farmland bird populations mainly because of the peaty soils (mossland), meaning that Spring cropping is still the only option open to the arable farmers in this area.