I decided to sea watch at the Obs this morning, but due to a late night and one or two too many pints of real ale it was 7.00 a.m. before I was seawatching under 7 oktas cloud with a light to moderate south-southeasterly wind. As the morning progressed the skies darkened with peels of thunder and then by 9.30 a.m. I had to make a hasty retreat to my car when the heavens opened!

One of the first birds I had threw me, not in terms of identification, but in terms of being out of context for early June and that was a calling female Chaffinch perched on the sea wall. If it was late October I wouldn't have batted an eyelid, but early June it was a trifle unusual. 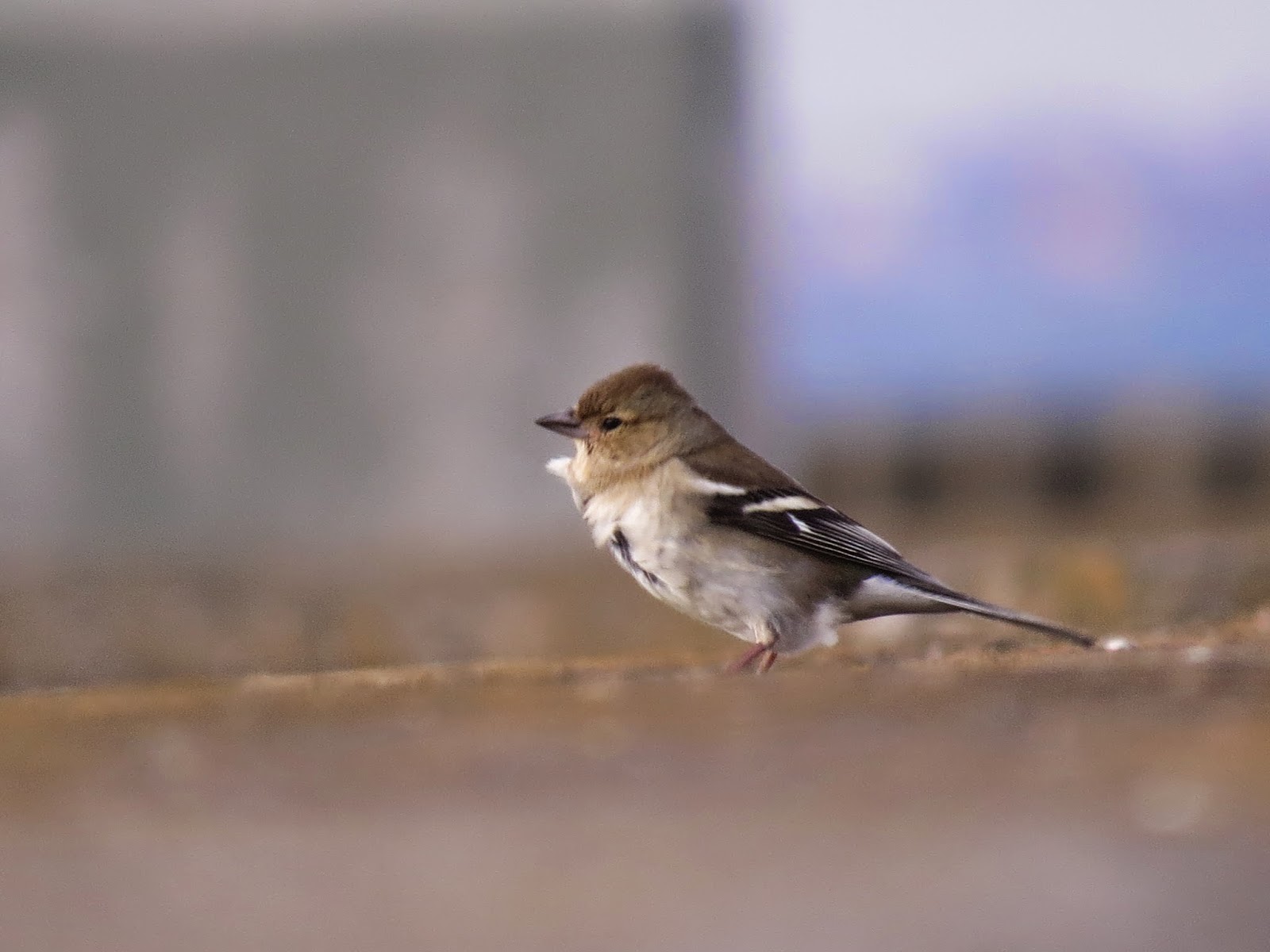 Chaffinch on the sea wall

I didn't have any vis as such but did have a number of Swifts flying south at sea and these could easily have been birds breeding in towns along the Fylde coast that had been across Morecambe Bay to feed and were returning to their nest sites.

As hinted at in my blog title the sea passage was half decent for early June for both birds and sea mammals. Avian interest was in the form of five Sandwich Terns, 22 Gannets, 15 Greylag Geese, 19 Manx Shearwaters, three Cormorants, two Razorbills, a Guillemot and nine Common Scoters.

I had three Atlantic Grey Seals this morning and one of them spent a great deal of time devouring a large flatfish. The nest sea mammal sighting I had was a pod of six Common Bottlenose Dolphins fairly rapidly heading north and west until they were out of sight. There were one or two smaller individuals amongst them and I assumed that these were calves. 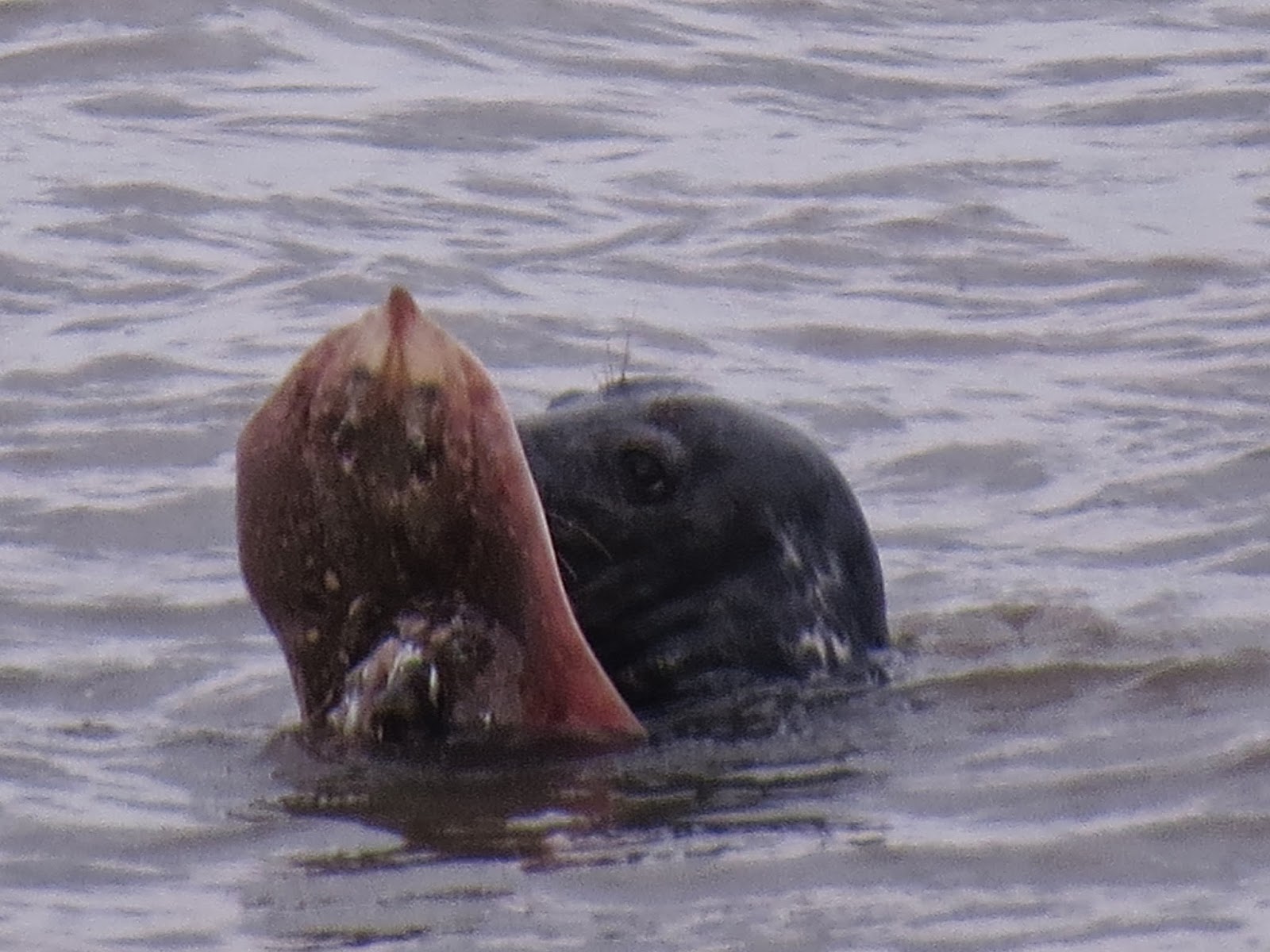 Once the rain came in I retreated to my car and headed home. I'll try again in the morning and fingers crossed for some more cetaceans!
Posted by The Hairy Birder at 20:55

Hi there! My names Stacey and I'm the Lancashire regional coordinator for the Sea Watch Foundation. I've just had a read of your great blog and I'd really like to find out some more details about the bottlenose dolphin sighting you had. If you could drop me an email on staceymac20@yahoo.co.uk I'd really appreciate it. Thanks!

That's a Thornback Ray that the seal has, nice!

I'll get in touch Stacey. I think we have corresponded in teh past over email re Harbour Porpoises.

Thanks Craig. My fish ID is virtually non-existent!