This morning I headed to the Obs with full cloud cover, a 5-10 mph south-southeasterly wind and a threat of rain in the air. I checked the dunes and shore first for any late grounded migrants and there weren't any to be found. However, I did have Whitethroat and Meadow Pipit carrying food, evidence of how late we are now in the spring and good confirmation of breeding for these two species.

I had a look on the sea and it was here that I had the first of two good birds that livened up an expected very quiet morning in the form of a female Goosander heading into the bay. Other than a single Gannet, three Sandwich Terns west and 26 Canada Geese that headed west out of the bay, but later turned round and headed northeast, it was very quiet.

The only visible migrants I had were three late Swallows heading east. I had a look in the coastal park but didn't see anything of note and headed to the cemetery where I had my second good bird of the morning. By now it was raining and as I walked round the cemetery it was quiet until one of the council workers flushed a largish bird, that for a split second looked raptoresque, and then it morphed into its true identity of a Cuckoo and shot off south. Nice!

There were plenty of juv birds around including Dunnocks, Goldfinches, Greenfinches, Great Tits and Blackbirds but absolutely no grounded migrants other than the Cuckoo. Pleased with my last gasp of Spring I headed home for a day out with 'her indoors'. More last gasps of Spring tomorrow. 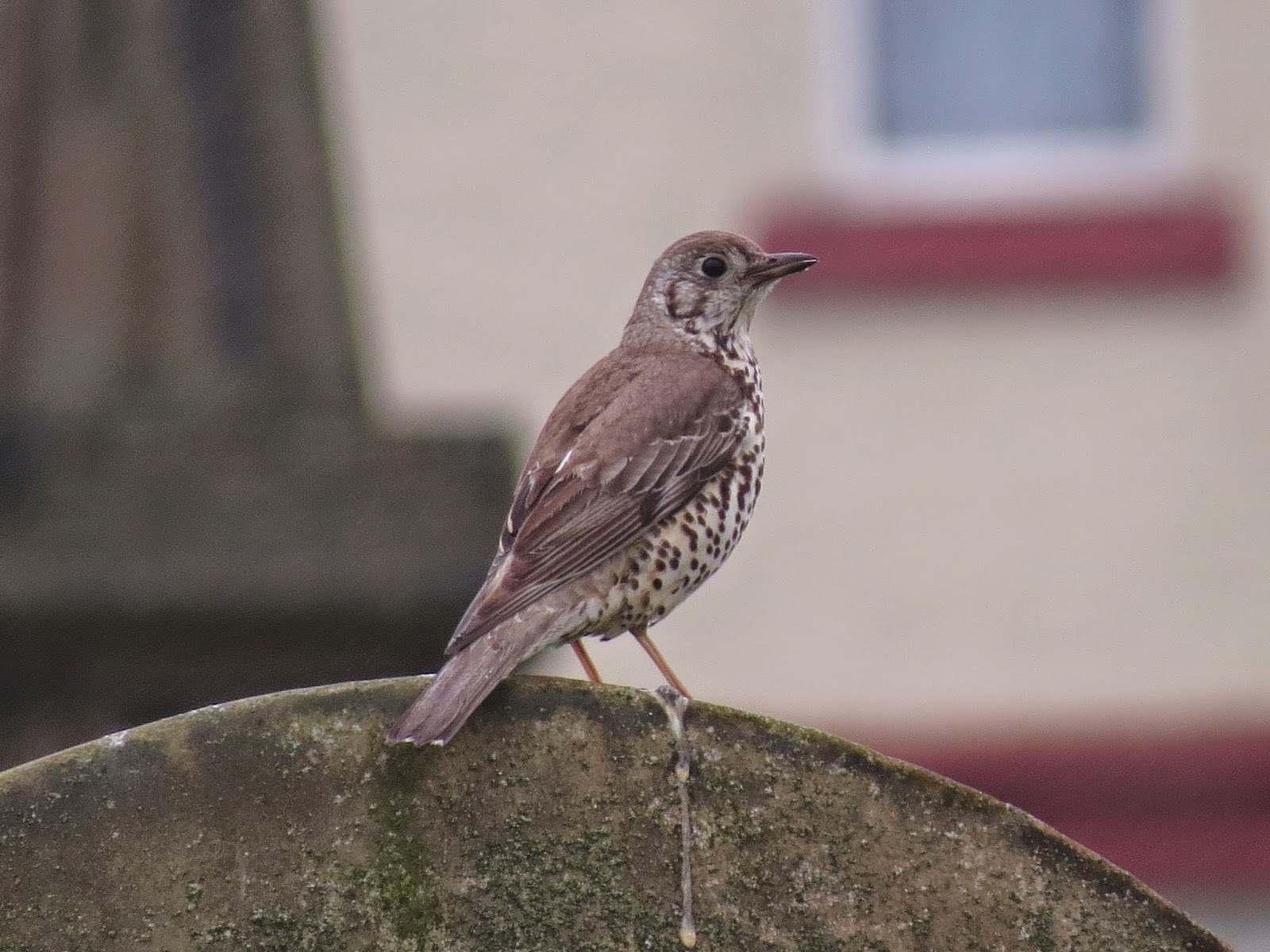 Mistle Thrush in the cemetery this morning
Posted by The Hairy Birder at 19:11