Kestrels At The School

Ian and I checked the Kestrel box at the local school and found four large young. In fact they were so large that one of them flew out of the box and joined the adults! I would guess that they were a good 7-10 days ahead of where they would normally be in terms of development at this time of year. We usually ring five chicks from this box and I suspect that one of them had already fledged. Anyway we ringed three of them and what little crackers they were! 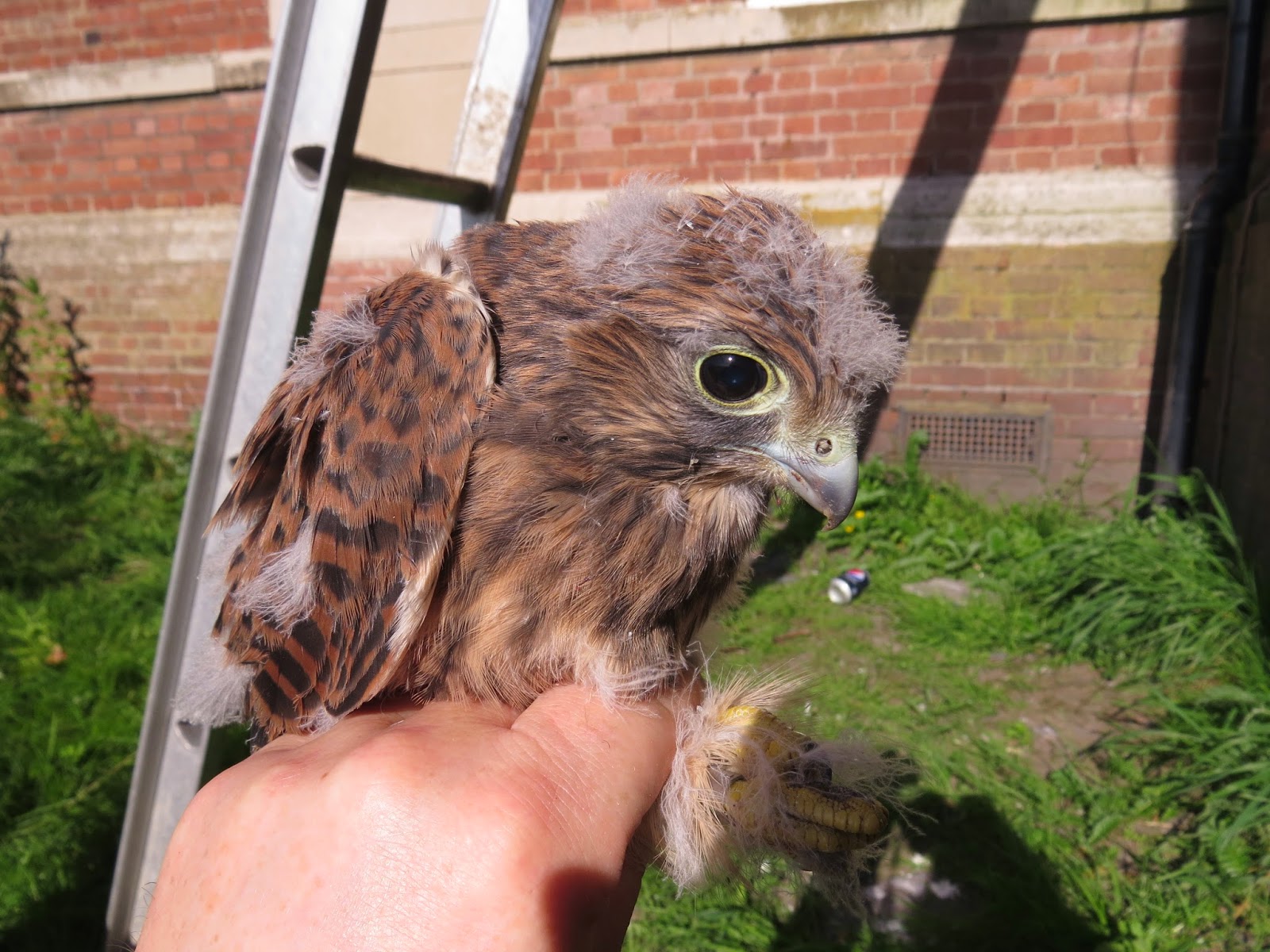 Kestrel
Posted by The Hairy Birder at 21:45

Four young Kestrels fledged here too, great to see a bit of successful breeding for them :-)

It certainly is Warren.