Before I get to the 'Pied Fly Paradise' a quick rewind to earlier in the week is required where I carried out some bird surveys in two different parts of Cumbria. My first survey was in the north Pennines not too far from Kirkby Stephen. The site is in a gorgeous location, but for some reason (third year now) it is always cold, and this particular morning was no exception! These surveys that I am carrying out are on common woodland/woodland fringe bird populations so the highlights of these common birds included seven Goldfinches, three Linnets, four Lesser Redpolls, a Stock Dove, a Song Thrush, a Great Spotted Woodpecker, three Willow Warblers, a Garden Warbler and three Siskins. 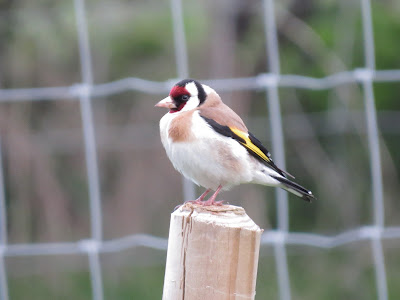 After I had completed the survey I had to see a client near Barrowford so my drive took me along the A65 through Kirkby Lonsdale, Settle and at Long Preston I turned off and headed towards Gisburn following the River Ribble. As I got close to a little place called Swinden the river is particularly close to the road and as I glanced out of my side window my eyes feasted upon an Osprey perched in the top of a dead tree next to the river! Typically I was motoring along over 50 mph and there was nowhere to stop! I'm guessing it was a bird that had roosted in the area overnight and it was contemplating carrying on north as the sun warmed up; cracking!

My second and third surveys were in the west of Cumbria close to some of the Furness peninsula mosslands. I've lumped the two totals together as both sites were fairly close to each other. The best of the common birds I recorded included three Tree Sparrows, two Willow Warblers, two Mistle Thrushes, eleven Goldfinches, two Blackcaps, a Goldcrest, two Lesser Redpolls, two Chiffchaffs, a Stock Dove, a Garden Warbler, six Linnets, two Sedge Warblers and a Reed Bunting.

This morning Gail and I headed in to Bowland to do the first check of our boxes in the Hodder valley. We have 39 boxes at this site and we are targeting primarily Pied Flycatchers and I think you can guess from my blog title that we found a few! We had eleven boxes definitely occupied with eggs and incubating females, and also a twelfth with a complete nest that could still come to fruition. This means that we have 28% occupation of the boxes by Pied Flycatchers and this is the best year yet for occupation. Of course these eggs all need to be converted in to chicks and we need the right weather conditions for the adults to find food and fledge all the little fellows. So we have a way to go yet! 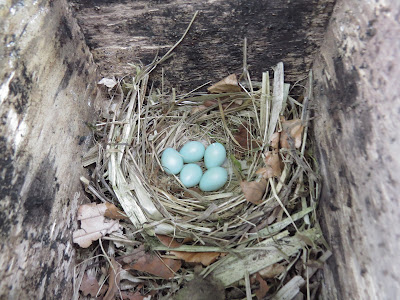 I managed to lift five female Pied Flycatchers off the nests. Three of these were already ringed; two weren't from our site and were controls (ringed elsewhere by another ringer) and the third was ringed last year as a chick from one of the boxes. So she has returned from her natal site after making two crossing of the Sahara! The other two were un-ringed so Gail and I ringed them. 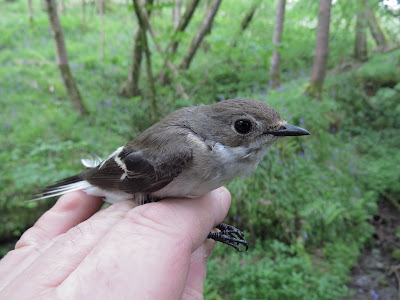 In addition to the Pieds we had one box with eight recently hatched Nuthatches in and the rest was a split of seven Blue Tits and four Great Tits. In the woodland we also recorded singing Willow Warblers, Blackcaps and Goldcrests.

Its forecast for heavy rain tomorrow morning, so I might just get a rare lie in and an extra ale this evening!
Posted by The Hairy Birder at 20:51