The Stonechats Are Back

I spent a very pleasurable afternoon on Friday on my mossland wintering bird survey site! By the end of the afternoon I had clear skies and there was just a hint of a crisp northerly wind.

Woodpigeons have been a feature of recent days with numbers moving in various locations in the UK, likely as a response to cold weather. I had a flock of 132 Friday afternoon with 13 of their Stock Dove cousins for company. 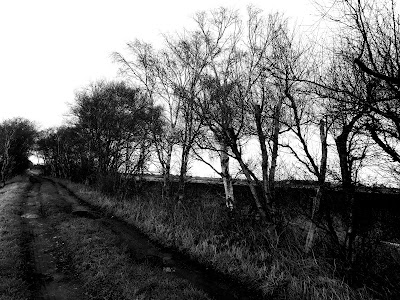 There's a line of old Birch trees on this patch of mossalnd that I have become
very attached to, as they are the only trees for miles around. I always look
forward to renewing my acquaintance to see what lies within!

I haven't seen many wintering Thrushes for a week or so now on my travels, and Friday was no exception, but I did record four Song Thrushes and up to three Mistle Thrushes. Amongst the usual corvids found on farmland it's always a pleasure to record Ravens, and I had a single bird heading high north. Even though Ravens are increasing in numbers with perhaps less pressure from game keepers (although you wouldn't think so with illegal raptor persecution in the uplands), it's always great to see them as they were once scarce in lowland Lancs.

Since I started this survey in September I have passed this patch of Broccoli
in one of the fields and I have always thought that it looks like a piece of
remnant rain forest in miniature!

Three raptor species made it on to the pages of my notebook; a female Kestrel and Sparrowhawk, and two Buzzards. One of the Buzzards was a leucistic bird and it gave me a bit of start, as for a split second I thought it was a pale morph Rough-legged, but I soon dispelled that thought almost as soon as it popped in to my head! In fact when I located my 'thinking cap' I remembered that I had seen this bird earlier in the winter.

There wasn't many farmland passerines about other than a flock of 24 Linnets, three Reed Buntings and a handful of Skylarks. But, the Stonechats had returned and I had another pair making it four birds. The first pair were back around the pond that I had recorded them at until some frosty weather had moved them on, and I found another pair feeding in a grassy margin alongside a ditch in another part of my survey area. 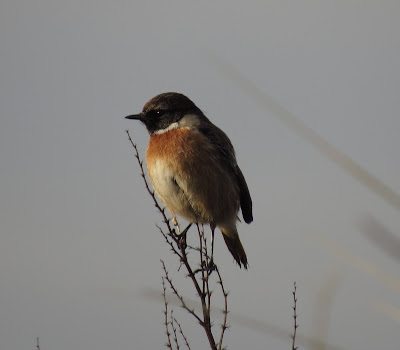 Five Grey Partridges rounded off a pleasant afternoon; nothing unusual but just nice to be out even though it was work!
Posted by The Hairy Birder at 19:36