As I opened the front door this morning to get in the car and head off birding a Chiffchaff was singing from one of the gardens on the other side of the road. As it turned out this would be the first of several Chiffies I would have this morning.

I headed first to the pools by the saltmarsh in the hope that I would beat the dog walkers and perhaps get a Wheatear or two. I should have realised that there was no hope of beating the dog walkers to anywhere and they are now starting to become a real pain. One woman with three dogs was ignoring a sign that said 'Caution - No Public Access' and was walking her dogs in this area! Silly me, I forgot, if you have a dog you are entitled to walk anywhere! I would like to have walked across her garden and said "Trespassing? Not me love, I'm birding!". That is exactly the attitude they take.

Anyway, I couldn't really blame the dog walkers for a lack of Wheatears it was more to do with the biting 20 mph southwesterly wind really!  Two Skylarks were feeding this morning and I tried to get a picture of one when it landed and fed on the track adjacent to a large puddle, but it was really too windy. 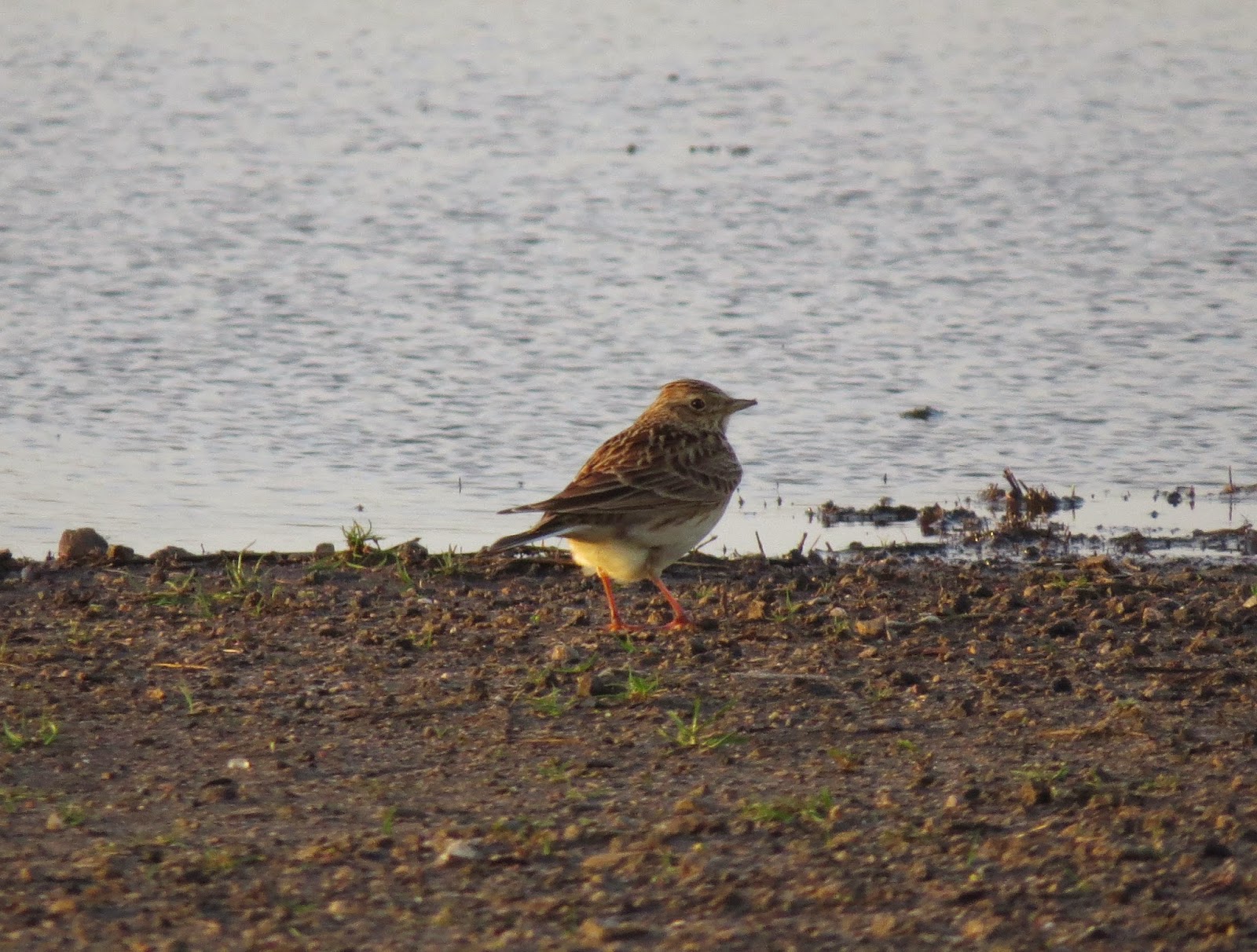 Sixteen Tufted Ducks were on the pools and I had a calling Water Rail and a singing Song Thrush. I decided to beat a hasty retreat from dog hell and head down to the estuary for a look. Driving off site I had a Buzzard perched up fairly close on a chain-link fence and of course my bins were round my neck but the camera was in the boot; school boy error!

It was sheltered in the birch and willow scrub towards the estuary and I had at least seven Chiffchaffs in this area. On the reservoir were 23 Tufteds and a single Great Crested Grebe. It was fairly quiet out on the saltmarsh and mudflats and before long it was time to return home and get on with some work.

The forecast is looking grim for tomorrow with showers, a cold southwesterly wind and temperatures not much more than 5 degrees Celsius! I'll set the alarm and take a look; I must be mad!
Posted by The Hairy Birder at 20:58

I beat the dog walkers today too, double bonus!!

Nice one Warren, on both the Wheatears and beating the dog walkers!