There was a cold southeasterly wind, perhaps 15-20 mph, blowing as I set off on my walk round the obs at first light. I had nearly full cloud cover at first, but this would lessen to about 4 oktas later.

Most of the vis, or what little I had, this morning was either heading south or east, presumably into wind. The only species where all individuals headed north was Grey Wagtail. My vis totals were four Grey Wags, five Alba Wags, nine Meadow Pipits, three Siskins, two Chaffinches and three Goldfinches.

I didn't have any grounded migrants as such, other than a single Goldcrest, but there were a number of 'off passage' Pied Wagtails and Meadow Pipits. There are two floods at the Obs at the moment and the first, more open, flood held seven Oystercatchers and two Redshanks. The second, more enclosed and vegetated flood held 18 Snipe and two Jack Snipes.  In this flood I had my first Frog spawn of the year. 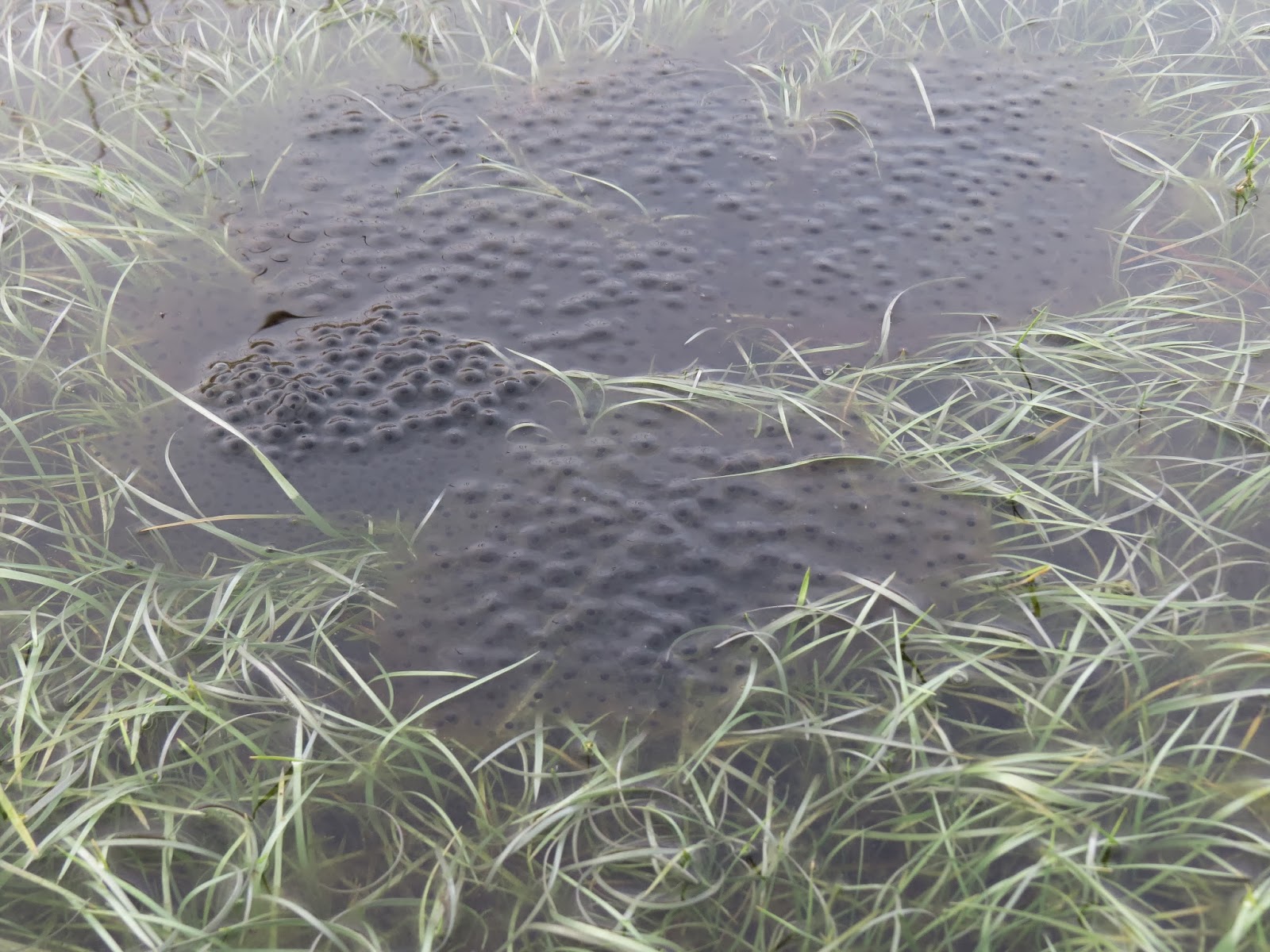 I had a look on the sea and it was very quiet and consequently I didn't spend much time looking and just recorded 19 Eiders and two Cormorants. Behind me in the field as I looked at the sea two Mistle Thrushes were feeding. 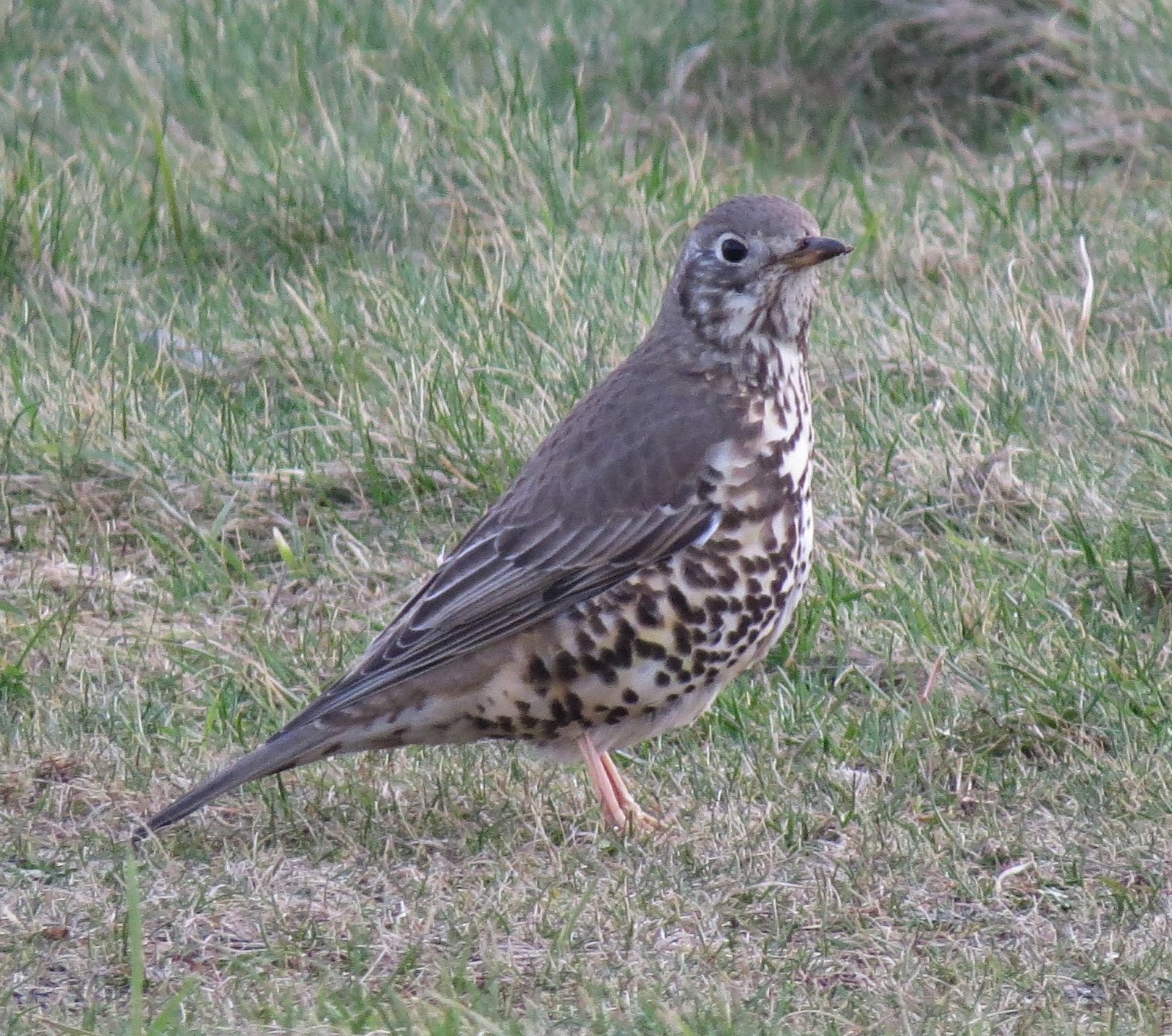 My walk back to the car was quiet and the only other species of interest that I added was a male Sparrowhawk that landed in the copse and then got mobbed by six Magpies! 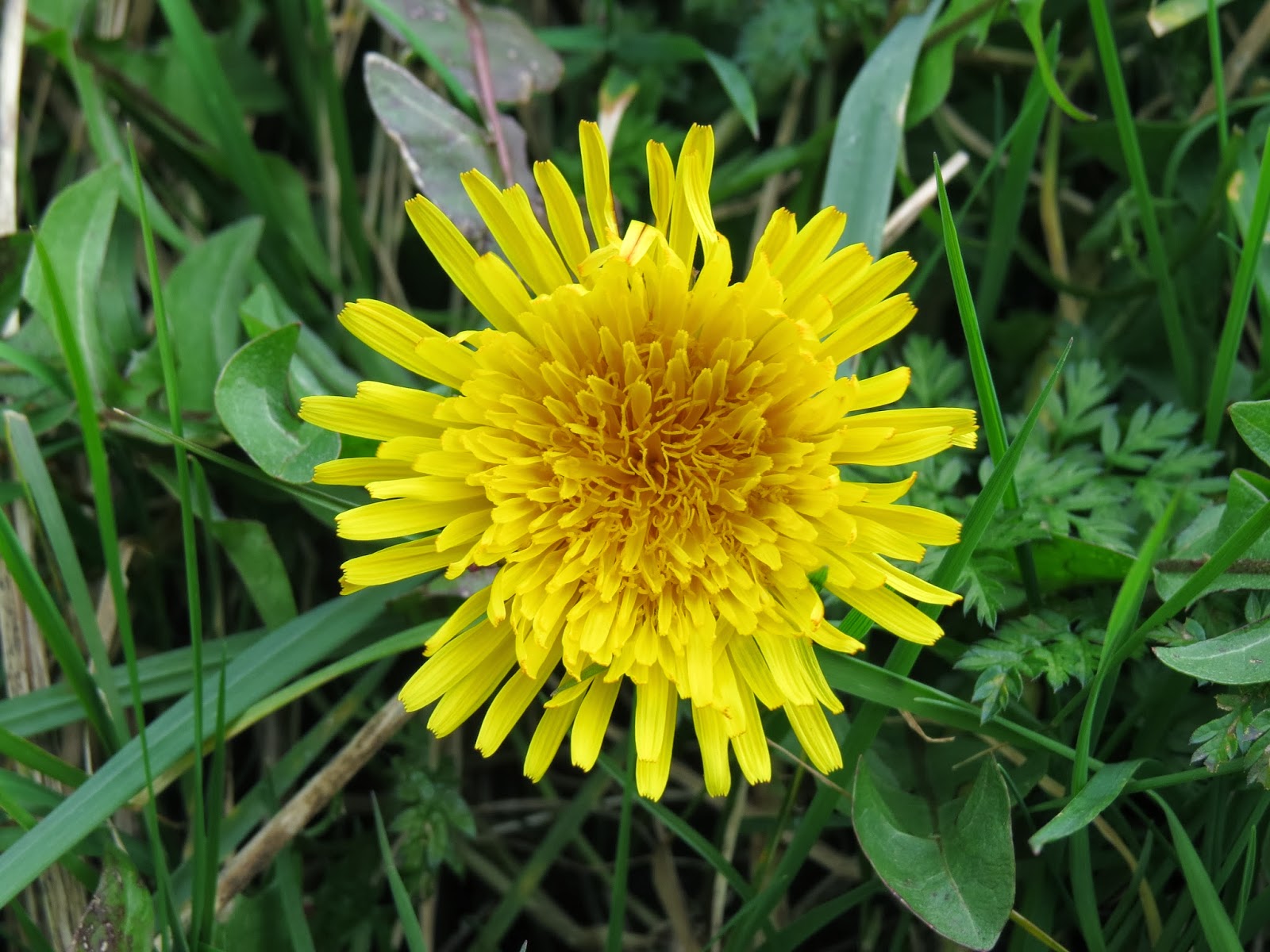 On the way back to the car I photographed this Dandelion, or other such
Taraxacum, as it looked resplendent in the grassy bank.

The forecast is looking good for another wander round the Obs again tomorrow, but it isn't going to be quite calm enough for ringing, but it does look good for some ringing next week! I have loads of reports that need completing next week, but I will squeeze a ringing session or three in!
Posted by The Hairy Birder at 13:11

It's amazing how spring moves up the country, no Frogs spwan in Bucks yet (well not in my corner anyway)

I'm sure there will be soon Ashley.