Eyes in the Back of My Head

Surprisingly today was a second day of good Meadow Pipit passage and I say surprising as you usually don't get two days on the run when good numbers are moving through. I can only assume that the colder weather of recent weeks had more of a blocking affect than I thought.

It was still a little cold at first light this morning and I had virtual clear skies with a 2-3 ESE wind. It was a slightly later start with the clocks going forward, but still early enough. As soon as I set off on my walk round the Obs I detected a few grounded migrants in the form of a Goldcrest in the copse, one in the hedge and another calling from some Phragmites just behind the sea wall. I came across ten Wheatears that had obviously just dropped in by their agitated behaviour and in a matter of minutes they were gone. The other grounded migrant, and with a winter flavour, was a single Redwing. 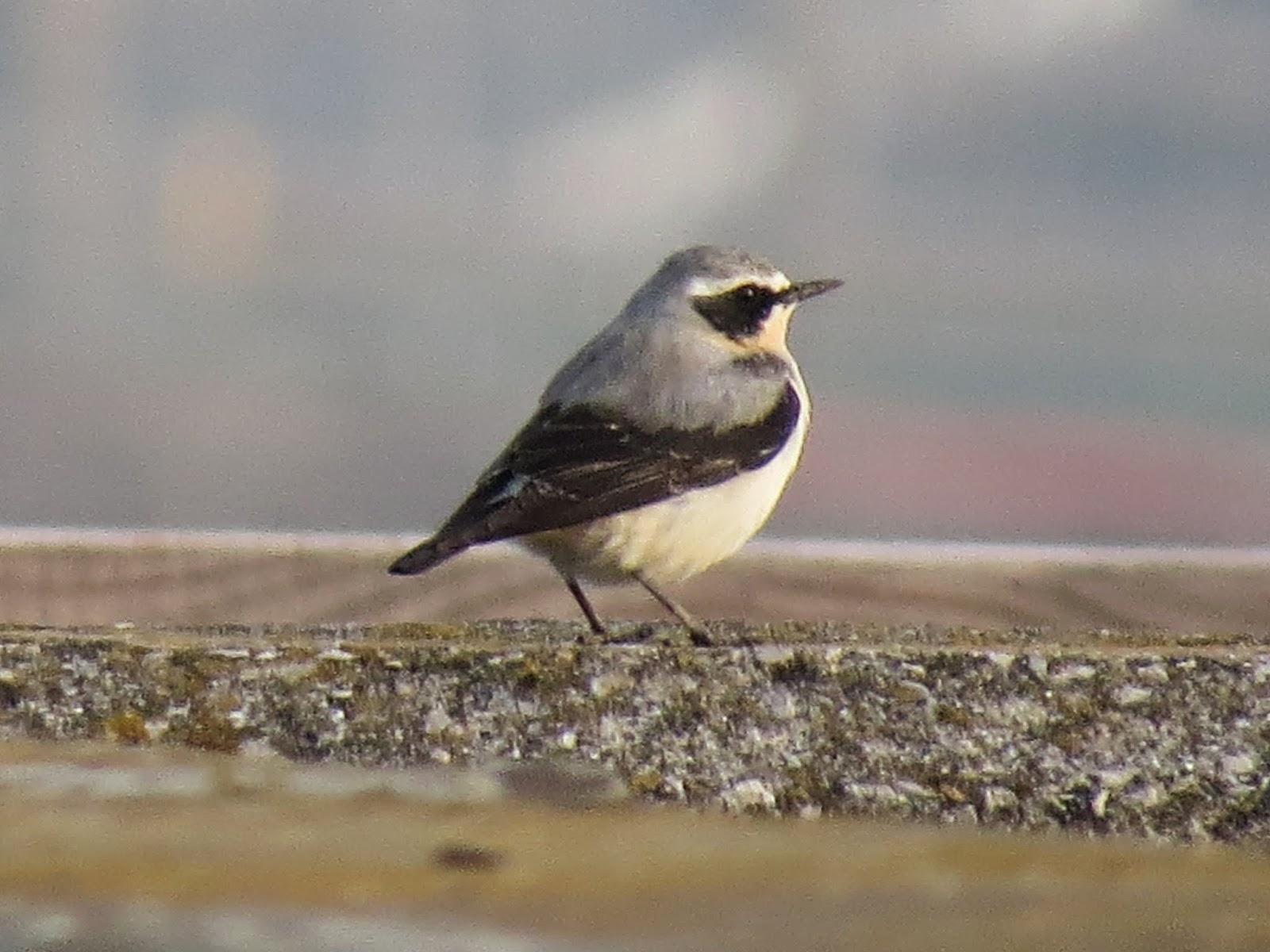 Besides the Meadow Pipits, another feature of the vis this morning was an increase in Woodpigeons and Linnets, and also a few Lesser Redpolls. Hopefully in a few weeks time I will be tape luring Redpolls down to ring. My vis totals included 54 Woodpigeons, 28 Pink-footed Geese, 667 Meadow Pipits, 47 Linnets, ten Goldfinches, a Golden Plover, 17 Alba Wagtails, two Siskins, two Lesser Redpolls and two Sand Martins.  I noticed that quite a few of the Meadow Pipits were moving north quite a way inland and I had to keep turning round from my coastal watch point and scan towards the east. It was at this point that I could have done with eyes in the back of my head so I could look westward and eastward at the same time!

One of the Grey Partridges was still around this morning and there were just five Snipes on the flood. The sea was quiet with just 21 Eiders, four Red-breasted Mergansers, two Cormorants and two Red-throated Divers. The only raptor was a single Kestrel that I had later in the morning.

Back home my moth trap held five Hebrew Characters, two Early Greys and a single Clouded Drab. The weather looks okay again in the morning with some rain coming in, but not until mid-morning. It would be better if the rain came in over night to drop some migrants in, but I'll have to make do with a an hour or so looking at the sea and counting vis before work.
Posted by The Hairy Birder at 20:52